An all Sydney Grand Final played in Queensland…

... would be somewhat ironic though if 50uffs beat the 50 curse though.

> I read this thinking that you were impersonating Nable.


That makes two of us

Somebody needs to do a massive job with cardboard this week and change all the road signs on the M4 with Penrith on them to say PENRITH!!!

Same goes for all the orange signage at Penrith station...

Souths were very luck against Manly , as the bounce of the ball went their way most of the game.

However against Panthers , the bounce of the ball did not go Souths way and cost them 3 tries , yet still won. They could have won by 30 points.......yet post game , the praise is on Panthers defence only have 3 tries scored against them in 2 finals games. !!!

And in the last round victory by Panthers over Souths , Panthers had TWO very lucky bouncing ball tries to even the scores by halftime.

Against the Storm , fact is Storm blew two tries in first half and frankly were SHITE in possession , keeping Panthers in the game.

roofromoz said:
Half wondering if PENRITH will play in the heritage (1991) strip next Sunday?
Click to expand...

It's a better contrast if the Bunnies are wearing the black side panels.

How do you lose when the other team forfeits?

BranVan3000 said:
How do you lose when the other team forfeits?
Click to expand...

Depends on if you have a gentleman's agreement not to turn up.

Valheru said:
Depends on if you have a gentleman's agreement not to turn up.
Click to expand...

I was there. There was no agreement. Fake news!

Let’s hope there isn’t an acne scare for Cleary.

For the first time in a long time I'm genuinely neutral about a personal preference in a Grand Final. I just want to type sh*t to be honest.

In terms of an actual technical tip I'll say lol@souffs by 8. Waaaaaayne is too much a wise old owl to f*ck this up.

Not fussed who wins, just glad it won't be one of the usuals.

I think, if Penrith are fit enough, the last two weeks have been exactly what they needed. They beat good sides in high intensity games on the back of their defence.

Yeah the attack is stuttering a bit, but if they'd blown Parra away and put the cleaners through Melbourne then Souths could put on exactly the same ambush as week one and they would t have learned anything. Now Penrith should be awake to it.

I'll say Penrith but not confident. Creeping is a wily old corpse even if he is mostly past it

Souths need the win more IMO if there is such a thing.

You would be a fool to believe that Bennett and reynolds both leaving won't result in regression in results next year. Penrith on the other hand probably have a genuine chance the next season or two.

Lets get their decade of irrelevance which happens after they win a comp underway
Click to expand...

I'm ok with this scenario.

Wayne knows what to do.

The choke is on. 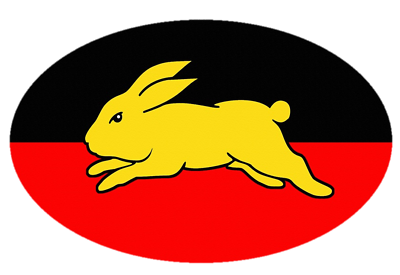