SBD82 said:
Is Martin really in the running for a spot?

It's always harder to get out than it is to get in.

I think the blues are up against it this year. Losing Mitchell and Turbo in the centres is massive they created carnage last year.

And then if tedesco goes down in the next fortnight. The blues will basically have there top 4 FB options all on the sideline.

NSW do have great backrow depth i dont think frizzell or sims are in great form to justify selection except that they have done the job before.

Broncos and cowboys are hot atm unlike the past couple of seasons which makes a huge difference as all of sudden QLD have more in form players to pick from.

Staggs would be a perfect replacement. Been playing great footy this year against some good opposition players. Crichton to take the other centre position

I could handle the riff connection, Crichton goes well.

Mitchell and Tom out. Jack on the bench.

Good to have depth.
C

Big series needed from Cleary; going to need to win the little moments to get up.

Best player in the world will deliver

Looks like Murray will be good to go.He has to pass his fitness test on Tuesday but will be named this weekend for Souths. Great news for NSW.

Mr_Raditch said:
Looks like Murray will be good to go.He has to pass his fitness test on Tuesday but will be named this weekend for Souths. Great news for NSW.
Click to expand...

Is this the same fitness test that Jacob Host passed?
A

Brydens Lawyers NSW Blues coach Brad Fittler has indicated he is likely to pick debutants to fill the centre positions for the Ampol State of Origin series after Tom Trbojevic became the latest star player to be ruled out through injury.

What happens if Cleary gets injuries during the game and origin 2. Broncos Renolds is very experienced

Brad Fittler is poised to pull a State of Origin shock with giant Roosters winger Daniel Tupou set to be parachuted into the NSW squad and Blues stalwart Jake Trbojevic to be axed.

Sources with knowledge of selections told the Herald that Parramatta backrower Ryan Matterson is 80 minutes away from a State of Origin debut as he prepares to line up against the Raiders on Sunday afternoon.
Trbojevic, who has played every game for NSW under Fittler in which he’s been available (he missed games two and three last year through injury), has been left out of the squad altogether in a major surprise.

Jacob Saifiti, whose brother Daniel is missing through injury, has emerged as an Origin bolter and is on the way to Sydney from Newcastle with teammate Tyson Frizell to join the Blues in camp. He is part of an extended 22-man squad.
Stephen Crichton and Kotoni Staggs will make their State of Origin debuts after winning the race for the vacant spots in Brad Fittler’s NSW backline.
Fittler is banking on Tupou’s height to potentially counter the aerial threat of Queensland wingers Xavier Coates and Selwyn Cobbo, who is poised to make his Maroons debut.

It leaves Josh Addo-Carr in limbo before Sunday’s clash between his struggling Bulldogs and the Dragons. Addo-Carr has been a mainstay of Fittler’s squad since he took over as NSW coach in 2018.

While the news was good for Tupou, it wasn’t so bright for Roosters teammate Angus Crichton who is set to lose his spot in the NSW team.
Stephen Crichton has been told to head into Blues camp on Sunday and will wear NSW colours for the first time at senior level after an impressive start to the season with the premiers.

Fittler had been searching for two new centres after injuries to last year’s heroes Tom Trbojevic and Latrell Mitchell.
But Martin, who played all three games for NSW last year, is poised to be part of Fittler’s extended squad of 22 pending the outcome of Sunday matches between the Bulldogs and Dragons as well Raiders and Eels.
Crichton will be part of at least five Penrith players in Brad Fittler’s 18-man squad alongside walk-up starts Nathan Cleary, Jarome Luai, Brian To’o and Isaah Yeo.

Hooker Api Koroisau is poised to shadow first-choice No.9 Damien Cook and also be part of Fittler’s extended squad. Liam Martin is fighting for a position in the 18-man squad.

Sharks halfback Nicho Hynes is set to be included in Fittler’s extended squad after his stunning start to the year with Cronulla after his off-season move from the Storm.
South Sydney skipper Cameron Murray has been rushed back into the Blues set-up after making a successful return from minor shoulder surgery on Saturday night.
He was spotted entering NSW camp in Coogee on Sunday. 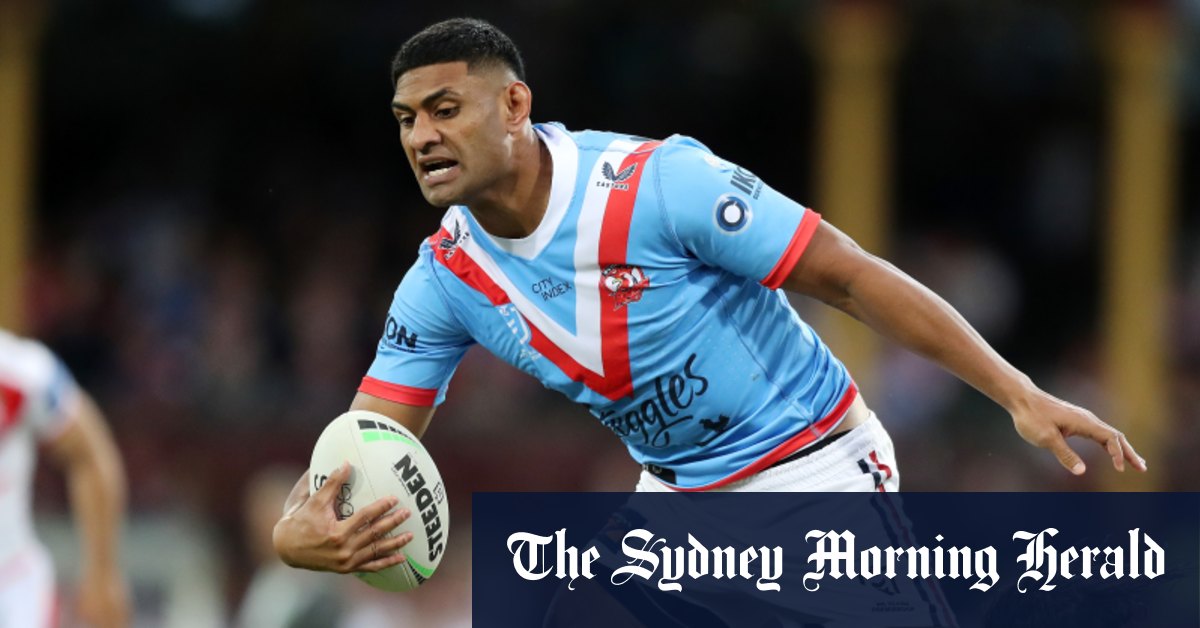 NSW stalwart Jake Trbojevic is on the wrong end of a Blues selection boilover with Jacob Saifiti and Daniel Tupou firming as the beneficiaries of a Brad Fittler overhaul.

Massive back five to ruck it out.
C

Wow; if JAC is left out that is another blow for the salary cap as a competition leveller. So a team down the bottom of the comp needs to offer an established SOO player at least $100k a year more, because that is the match payments they could miss out on.

ColdWetPanther said:
Wow; if JAC is left out that is another blow for the salary cap as a competition leveller. So a team down the bottom of the comp needs to offer an established SOO player at least $100k a year more, because that is the match payments they could miss out on.
Click to expand...

To be fair not Freddy’s job to protect the system. But I disagree also (with Tupou over JAC).

ColdWetPanther said:
To be fair not Freddy’s job to protect the system. But I disagree also (with Tupou over JAC).
Click to expand...

JAC has the runs on the board over many years to keep his spot. Maybe if there was some new winger on the block screaming to get picked, but Tupou ain’t that.

Jake and JAC deserved loyalty and weren't given it. Bad choice IMO

Wait you guys are joking that the fox hasn't made it right?

Our prop depth is absolutely dire.
You must log in or register to reply here.