Obviously a bit gutted by this and it has come as a bit of a shock. Never saw this coming at all. Nicho has become a great player, an important member of our pack and something of a cult hero among fans. I'm sure I speak for everyone when I say I absolutely love the bloke. So this news is upsetting, there's no doubt.

However, the thing is, as good a player as the Goat is, he is the kind of player that can be replaced. Someone else younger will come along and take his place and we will hopefully not feel his loss too much in 2023. I see Moale coming through and being a better player in time I hope.

That's not to discredit Nicho at all though, as I said, we all love him and he's a great player. However, that's just the way I see it and I'm sure many feel the same.

What makes me a bit angry and disappointed is that he only re-signed a few months ago. He's now done a Bayley Sironen on us and jumped ship a couple months later with a huge change of hearts. I don't know about you guys but that doesn't sit well with me.

The other thing is, the whole story about Wayne not even being able to talk to our players for the first six months, and having that in his contract, is clearly not true which is also not great news.
Click to expand...

Cronulla have a couple of reserve props ive previously mentioned we should target,while its sad, the goat would be 32 this season and getting on,this will free up some cap to poach another player,im hoping this is the extent of bennets poaching of our club, we are weakened compared to last season and if more go well its not good, bennet is desperate, and will not honour any deals

handyman2190 said:
Cronulla have a couple of reserve props ive previously mentioned we should target,while its sad, the goat would be 32 this season and getting on,this will free up some cap to poach another player,im hoping this is the extent of bennets poaching of our club, we are weakened compared to last season and if more go well its not good, bennet is desperate, and will not honour any deals
Click to expand...

We'll be fine there's no need to worry, this year will be a year of re-adjustment but we are in good shape for the long haul. 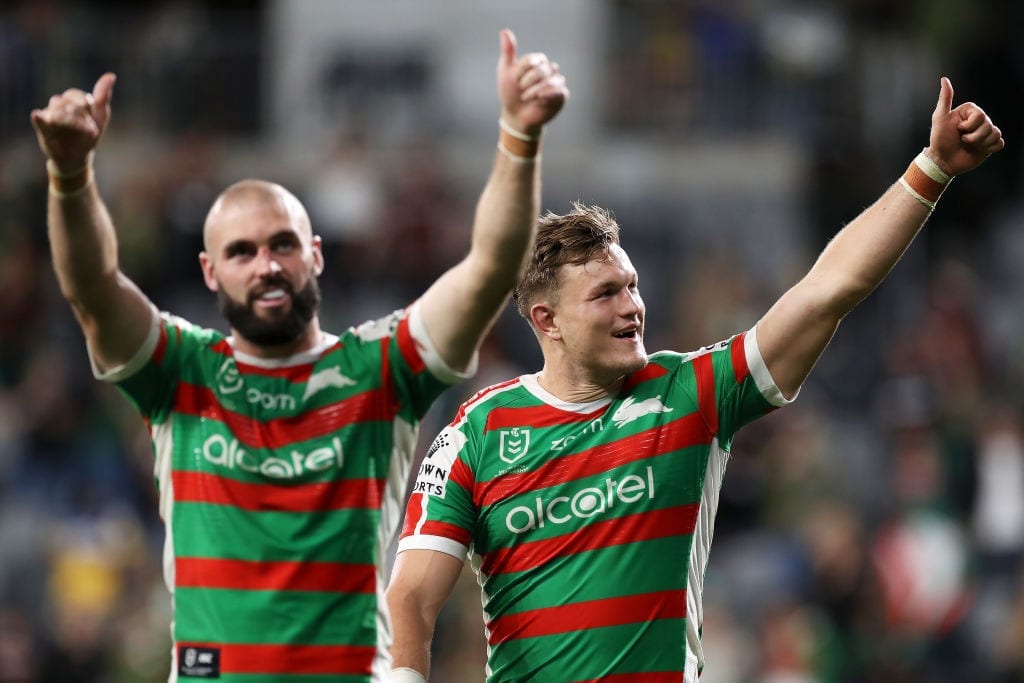 One club's fans will be upset by this news.

Anyone got any info on him?

NovoBunny94 said:
Anyone got any info on him?
Click to expand...

There's not much info but I found this.

Milford may not be coming at all now,

It depends on what your expectations were for 2022, I'm more optimistic going forward from where we are.
.

Rabbitohs release Mark Nicholls from the final year of contract in 2023: https://www.rabbitohs.com.au/news/2...nicholls-from-final-year-of-contract-in-2023/

A real shame to see this 100% confirmed. It is a bit sad. However, I still stand by what I said the other night.

Don't really get why any club would want to go after Milford now and I completely understand and agree with the club's potential decision to cut him loose. This court case could drag on until mid-year, possibly longer. No club needs that hanging over their heads.

Rumour of Liam Knight to the Dolphins.

I wouldn't be overly unhappy about that. He's taking up 750 a year isn't he? I wouldn't mind getting someone to replace him though
R

On his current form, I certainly wouldn't be upset with that.

Agreed, he needs a change of scenery and we could use his contract to hold onto a few more of our up and coming forwards or poach one from another club

callmack1 said:
On his current form, I certainly wouldn't be upset with that.
Click to expand...

A bigger concern for me is not losing Blake Taaffe, not sure how long he'll be happy playing in the #14 if Ilias secures the halfback possie.
.
H

He is on 500k and hasnt been value for money, more worrying is the fact that bennet is disrupting the team, everyone thought he wouldnt poach, but bennet being who he is conforms to noone but himself,whos next, its sad to see how we have been decimated, because thats whats happened, losing experienced AR gags sua, now the goat and maybe knight, without buying 1 first grader, no matter how much young talent step up, their development has been stunted, surely after this our cap should be back to normal,surely
Last edited: Jan 26, 2022
You must log in or register to reply here.