Braith Anasta was labelled the most overrated player for years. This is how much it hurt him

For years it was a running joke that Braith Anasta was labelled the NRL’s most overrated player.

And for years it hurt him.

So much so he considered quitting and fell out of love with the game that gave him so much as a player and now as an agent and commentator.

Anasta established himself as a NRL player first at the Bulldogs and Roosters, before later finishing his career with the Tigers.

But when he burst onto the scene as an 18-year-old with Canterbury, he was decried - in a public vote - by his peers as overrated.

“Rugby League Week, the magazine, did a player poll which I thought was pretty bad,” Anasta explained explained on the first ever episode of Behind The Uniform, a new podcast that examines peoples’ different experiences of mental health.

“I think they wouldn’t do it these days for this very reason, because I think now we’ve evolved and come along way and we know we’ve got to protect our stars.

“So they did a player poll and they’d ask a lot of questions and the last one they’d ask ‘is who’s the most overrated player?’

“It’s a loaded question and a lot of people wouldn’t answer it.

“At the time I’d burst onto the scene and to a degree, I would admit I was overrated because people were putting me up here before I’d earned my stripes.

“I got voted overrated and it kind of just sucks that I got it for a couple of years in a row.

“I was playing Origin, was the Dally M five-eighth of the year and the Roosters’ player of the year. I think it was a bit of an easy one.

“I remember the journalist who rang me asking questions and he said: ‘Braith answer these questions and who’s the most overrated player’.

“I said: ‘mate I don’t want to answer that, I am not comfortable with, I don’t think we need to do that’.

“He goes: ‘well, everyone else is saying this’.

“And the journo was throwing me into someone so I imagine that happened with me, whether I was right or wrong it really affected me.”

A few years later and Anasta was at home with his mother when the news came on.

The results for the poll were in.

By this time he was 24 and had played for his country, state and won an NRL premiership.

But still the overrated tag plagued him, so much so he broke down in tears.

“I felt I got to a stage where I’d kind of earned the right not to get it and I’d worked my butt off and got awards and won premierships and I couldn’t do any more,” Anasta added.

“I thought: ‘this year I can’t get it, surely not’. And then Channel 9 news came up and it was maybe Brian Henderson back then. The headline was: ‘after the break we reveal the most overrated player’ which is disgusting in itself when you think about it.

“I knew mum would be watching it and she’d be hoping it wasn’t me because she knew it would impact me. I heard it from upstairs and I thought ‘f*** off, that’s it I’m done. . I remember breaking down, that’s it.

“I had to step away and have a break. You have to peel it all back and be grateful for the position youre in. It could be worse, that’s not the best way to look at it.

“You’ve got a job, good money and playing the game you love.

“I started not loving it. It was common knowledge to the whole world and opposition fans would scream at you when you run onto the field.

“I still get it now, it doesn’t go away.

“That’s something I’m labelled with for the life by this s**t magazine who wanted to make a name for themselves by degrading good people.”

If you or someone you know requires crisis or suicide prevention support, please call Lifeline on 13 11 14 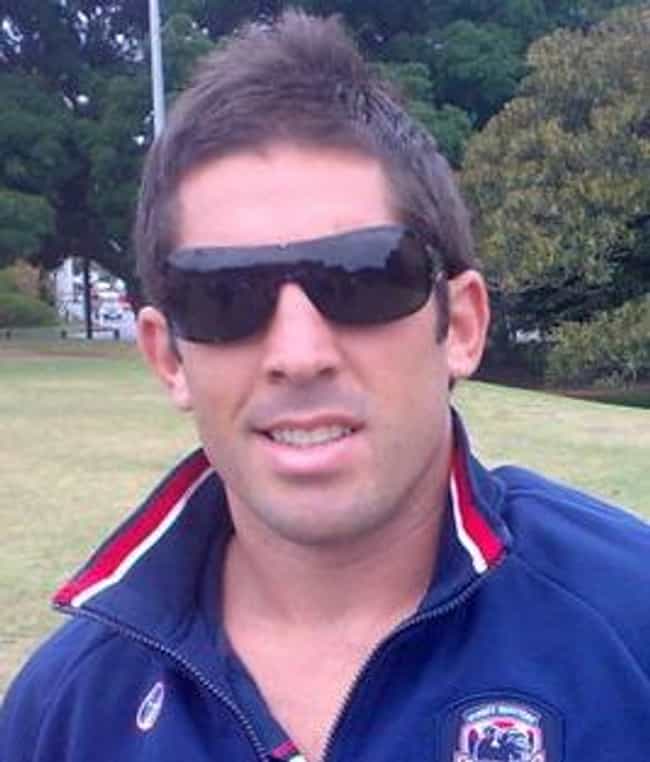 For $5mil, or whatever he earned in his career, Id have put up with it.

Be grateful you didn't have social media back then Braith.

Who names their son Braith?

Perth Red said:
For $5mil, or whatever he earned in his career, Id have put up with it.
Click to expand...

was the suicide prevention line at the end really necessary? He talked about quitting the game not killing himself.

shear_joy9 said:
was the suicide prevention line at the end really necessary? He talked about quitting the game not killing himself.
Click to expand...

It was part of the article. I thought the message was pretty obvious to those who have been through something similar.

Perth Red said:
For $5mil, or whatever he earned in his career, Id have put up with it.
Click to expand...

Plus the cushy job he gets to have post retirement and all the babes he's had over the years that are out of his league. You could call me overrated any day.

Overrated is a PG way of saying biggest wanker in the game.

Is braith the only play to get the shit knocked out of him and be penalised for it?

some11 said:
Be grateful you didn't have social media back then Braith.

It definitely isn’t a strong country name like Trent.
U

some11 said:
Is braith the only play to get the shit knocked out of him and be penalised for it?

No happened to Watts as well.

To be fair he kicked the best field goal I’ve ever seen.
U

gUt said:
To be fair he kicked the best field goal I’ve ever seen.
Click to expand...

Braith was the type of player that floated along in games doing f all, then does 1 thing and the commentators raved about him.

As harsh as the question was, you cant argue with your peers, year after year.

Someone call Fa'alogo back to shut this merkins beak again.

The only thing I ever remember the merkin doing was kicking that bullshit field goal in the semis. Will probably start whinging that the game never gave him anything next.

some11 said:
Is braith the only play to get the shit knocked out of him and be penalised for it?