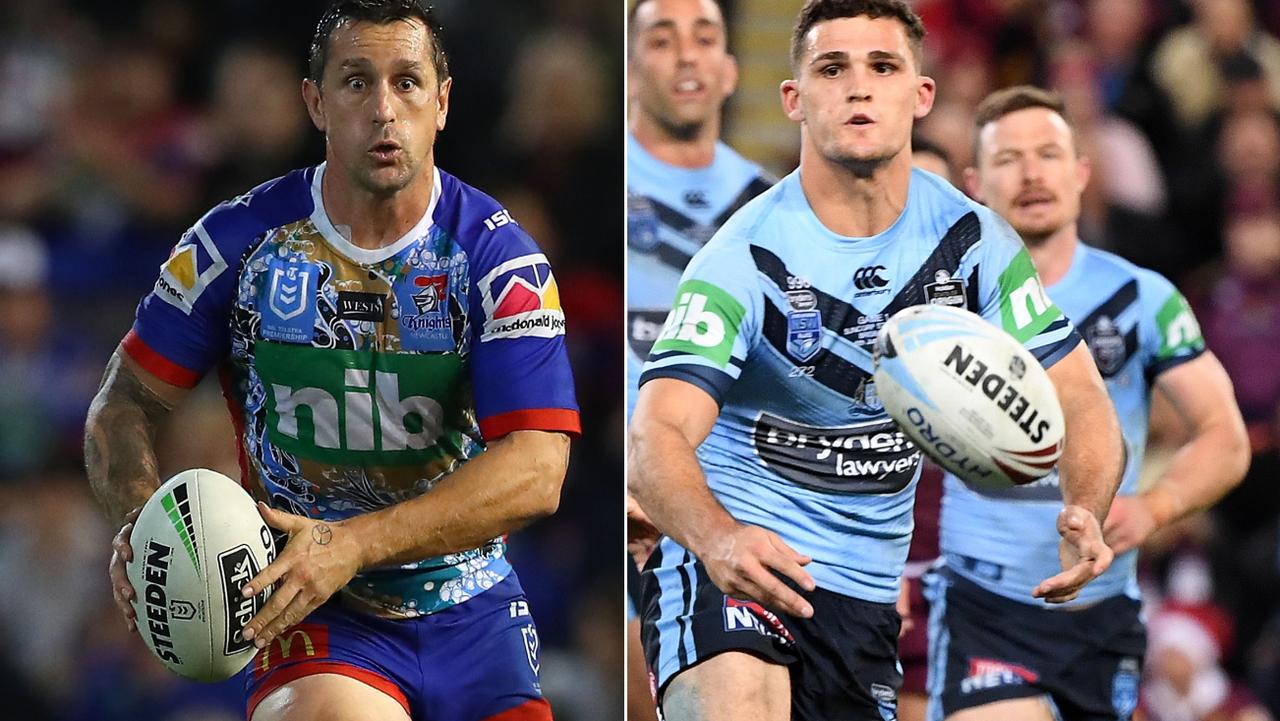 ‘Pearce has levels Cleary will never get to’: Former Blues’ sobering reality check

to be fair to Pearce, when Cleary wants the ball at origin level he gets it. When Pearce wanted it, he would only get it if Farah, Bird, Gallen & (when at fullback) Hayne didn’t want it. Whilst he was pretty poor at origin level it’s clear the team around him either had no confidence in him to do anything or were just greedy players who wanted to make the play instead.

soc123_au said:
Braith must have spewed that nonsense an hour or two after ringing Gids. The only thing Pearce has over Cleary is shagging a Pussycat Doll.
Click to expand...

Didn’t know this. Just looked it up f**k me Pearce has rooted some top shelf sorts.

Ponga would look fine with Cleary, but Teddy is the best fullback.

Needs time in the sandpit with Gilly.

Goes well. You people are harsh.

mxlegend99 said:
No. Hes not eligible for QLD.
Click to expand...

Uncle nick was paying them.

This was before losing golf bets became standard.

mxlegend99 said:
It's mind boggling how things have changed since early in both their careers. Ponga looked extra special with x-factor Cleary could only dream about at one point. But Ponga is lazy as f**k and doesn't put his body on the line.

The Luai try last night he didn't even attempt to tackle him. He probably misses him if he does. But a great fullback would atleast make an effort.
Click to expand...

IMO, Ponga shouldn't have played in Sunday's SOO after his recent brutal knocks to the head. Coach Slater should have shown more duty of care for a player who obviously wasn't confident out there.

And just to think they all weren't Dogs.

nick87 said:
Ponga is the flattest of flat track bullies
Incredible player when the going is good, but the moment things get tough he quits. We saw it last night, he was up and about when the game was close and tight, he was QLD's best in the first half. Its shows his talent and ability but he was absolutely the first guy to throw in the towel and stop giving a shit when he felt the game was lost.

The knights are paying top of the market for a guy who shows us time and time again that when the going gets tough, he checks the f**k out. If they surround him with a team good enough to compete week in and week out with the top teams he'll be great. If not, he'll keep checking out.

He's only 24, maybe one day that changes, but right now he's not a built to deliver on his outrageous talent. Because he isnt a leader, he's not a winner and he doesnt actually give much of a shit.

Also my original post was and still is correct, even accounting for the fact Ponga is probably more naturally gifted. Finding a fullback isnt THAT hard, even subpar players like Edwards can fill roles well in the right team, shit CNK was that for my team for a hot second... finding an elite halfback that you build a team around for a decade is extremely hard to find. The rarity of it means its simply no contest. Cleary over Ponga all day and every day.
Click to expand...

Most Knights fans are pretty aware of his lack of desire. It's obvious to almost everyone he doesn't have that fire in him that all the greats do, sadly for us. Complete opposite to say Joey who HATED losing. Him being our captain is a sad indictment on where the club is at at the moment.
You must log in or register to reply here.
Share:
Facebook Twitter Reddit WhatsApp Email Share Link