The Colts 16's Division 1 side won the NSW all conference GF on the weekend against Campbelltown.

Guessing this is like a champion of champions type event. No mean feat. KBW, you know any more about this?

Is Bondi Utd the only Easts team with an A Grade these days?

H.H said:
All up, it'll be a much better place to play long term and Souffs Juniors will need to live with their decision as their demographics continue to be squeezed like our have been.
Click to expand...

Lot more travel though, going from Bondi to Carlingford for example rather than Bondi to La Perouse.

H.H said:
Updating the list to include Victor Radley who debuted on Friday. Also added in Shannon Donato who I've confirmed played for Paddo Colts. Junior clubs added as well.

Earl ,Tamou , Ayshford and Cherrington were all in the same team right? That team would of destroyed that age group surely?

MountainMan said:
Earl ,Tamou , Ayshford and Cherrington were all in the same team right? That team would of destroyed that age group surely?
Click to expand...

I'm the same age as these blokes + Tom Symonds maybe a few others.
I was at Coogee Randwick Wombats.

I didn't know any of them or who played where, so this is just conjecture since then, but .. We finished 1st 2 seasons in a row in u19s (2007-2008 I think). One of those we sailed through undefeated.
2 years in a row we went out the backdoor of the finals in straight sets, if I recall it was Paddo and Mascot who did us in both years. I remember hearing they got their rep players back in time for the finals. Wouldn't surprise me if a few of the above were involved. We got Jason Clark in for a couple of games too.
H

Yeah sounds about right, but I can't say for sure.

Re. your A Grade question, yeah it's just Bondi United although Paddo Colts came close to running a side this year with Gorgeous George Rose as captain coach (think Colts' ultimate aim is to have a strong A grade). George ended up at Moore Park so not sure what happened.

Clovelly also ran an under 19's side this year so maybe something developing there.

Thats great for the Paddo U16s team, although not too many local kids in the side.
PAddo tried to get an Agrade team but I think they only got 6 or 7 "real" players
H

Time for an update after Tom Wright debuted for Manly last weekend. Also have added a couple of others I've confirmed (one of who will be joining us next year)

Updating to add in Lachlan Lam, who made a really solid debut on the weekend

H.H said:
Updating to add in Lachlan Lam, who made a really solid debut on the weekend

Excuse me HH, how much Junior footy did Crichton play as 1/ his family are from the back of the Black Stump and 2/ I thought he went to a Non Government School that may be or not part of the GPS.
H

Not sure exactly, but I concede not alot. He's from Young and yes did play alot of Rugger for an Eastern Suburbs private school.

As you can see from the attached though, he spent some time playing the Great Game for Bondi United.

Time to dust off this old thread and update after Ronald Volkman debuted on the weekend. Had a good laugh reading through it all again. Updated list below of juniors who've played first grade in the NRL era:

RedVDragon said:
Typical deluded. Hiding behind uncle nick fat wallet. When it drys out then what fold you will. Enjoy the bottom two again expensive losers.
Click to expand...

The Roosters have revenue/income generating assets

For the past 25 years, Roosters chairman Nick Politis has sat in the same seat — row N, bay 62, seat 1 — at Allianz Stadium to watch his beloved team.

When the stadium is knocked down following next Friday’s Michael Buble concert, the SCG Trust will give Politis the seat as a souvenir.

It's a nice touch but a more pressing question is how much longer will Politis, 76, be sitting on the throne of the Roosters?

Will a grand final victory over the Storm on Sunday night prompt Politis to step back and hand over the chairmanship?

“No mate,” Politis said. “I haven’t thought about retirement”.
Then he let out his signature giggle.
“Can we just wait and see if we win first? One step at a time. But I won’t be retiring.”
Politis certainly understands, though, that he can’t run the club forever and is preparing for the future. His end-game is to deliver a property portfolio worth $500 million before he finishes.

He might have made his way in the world selling cars but much of his fortune can be attributed to property. He was last year ranked No.82 on The Australian Financial Review's Rich List with an estimated wealth of $773 million.

On his watch, the Roosters have snapped up Waverley Bowling Club, Berkeley Sports, Kingswood Sports Club and Woy Woy Leagues. They also plan to turn North Bondi Golf and Diggers Club into a multi-purpose sports centre.

The centrepiece is a redeveloped Easts Leagues in Bondi Junction. The club has snapped up most of the property on the L-shaped block on the corner of Spring Street and Bronte Road with a long-term plan to turn it into a lucrative high-rise development.

Politis knows his club can’t survive on poker machine revenue forever and wants to leave it in safe hands for the next custodians of the club.

“That should be any chairman's objective,” he said. “At the moment, our commercial property is valued at $120m and we have no debt. Next year, we will have $10m in cash in the bank. We’re in a very good position financially.”

Now to the small matter of finding the next chairman.

This column raised the question at the start of the year when rumours started floating around that Politis was about to stand down. It is no closer to being answered.
Former David Jones boss Mark McInnes was being prepared to take over but he’s since left the board. Former Nine boss David Gyngell is a possibility. So, too, is businessman Mark Bouris.
Powerful TV executive Mark Fennessy is an important board member who was fundamental in getting fullback James Tedesco to the club when Politis refused to deal with Tedesco’s manager, Isaac Moses, after a spectacular fallout.
But Fennessy, like many on the club’s high-powered board, doesn't have the time to juggle work life and Roosters’ life.
“I want to make sure whoever takes over has the time, enthusiasm and passion to make sure the club continues to be successful,” Politis said. “We have some good candidates on our board. We’ll sort something out.” 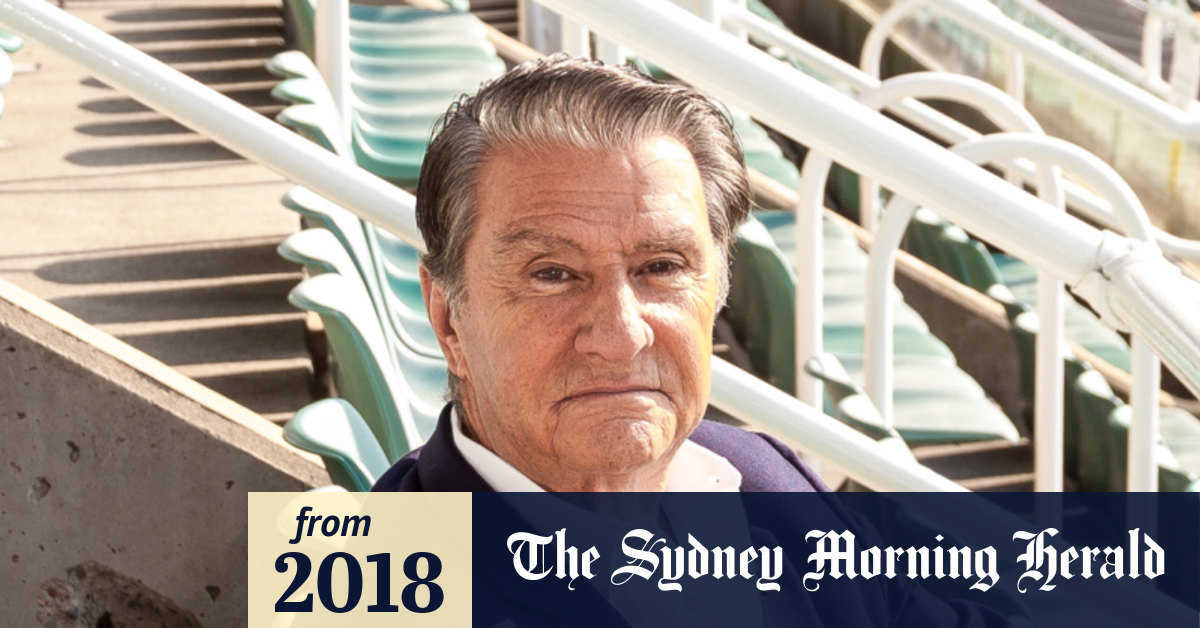 Politis understands he can’t run the club forever and is preparing to deliver a property portfolio worth $500 million before he finishes.

Debatable whether you can call Volkman a Roosters junior. Played junior reps but I don't think he played at any clubs before hand.

On a completely different note, in that BU U13s photo you will see Alan Perkins from married at first sight