I'm with Gal on this, torched him with facts.
P

Beavers Headgear said:
Matt Lodge trying to make himself into a hero wanting a fight with Gallen with all the money going to charity. Gallen response is worth a read haha

Am I the only one who thinks there is a massive hypocrisy about the (correct) protection of the head in rugby and league, and the glorification of boxing as a post-career sport?

As league, we banned shoulder charges, went harder on head-high contact, we get massively over-the-top suspensions like Dale Finucane's accidental contact to try and protect the head. We've seen the damage it's done to ex-players, that CTE is a real, horrible thing.

Yet the media, the fans want to hype a sport where you intentionally try to cause brain injuries.

I hate boxing. I like the discipline, the training, that's all magic. But sometimes I think we've got so captured by the gladiatorial nature of boxing, the history and all that, and we don't step back and think oh f**k, this is literally a sport where you win by bashing a guy's brain into his skull to render him (or her) unconscious. That's literally the goal, a goal that is celebrated. OK, 50 years ago we didn't know the repercussions. We sure as f**k do now, but we continue to glorify it, and anyone who speaks against is a 'snowflake'. UFC is even worse shit.
C

My head agrees with you. My heart wants to see blood.

The Salford v St Helens semi was a nostalgic watch.
Many of the Ex-Warrior juniors playing.
Elijah Taylor, Bell whose first name eludes me at the moment, Konnie.

Rich102 said:
The Salford v St Helens semi was a nostalgic watch.
Many of the Ex-Warrior juniors playing.
Elijah Taylor, Bell whose first name eludes me at the moment, Konnie.
Click to expand... 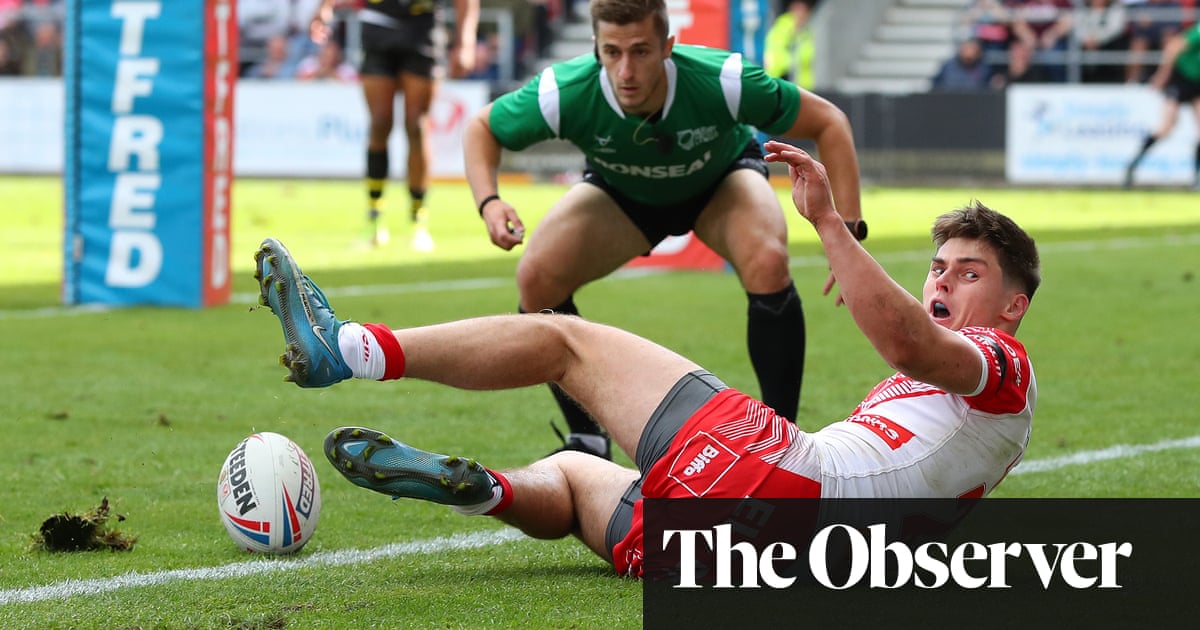 www.theguardian.com
But it was an entertaining game. And great to see some old faces.

Well I see Bodene Thompson is still going around, and in the final with Leeds.

He's 34 and I presume he's fitter now than he was five-to-seven years ago with us. I saw him gassed, hands on hips, after five minutes back then!

Hurrell and Paasi pick up the winners medal

Hurrell hard case dancing and signing his own song at the end of his interview, scored a very strong try as well with 4-5 guys hanging off him

Wasn't there talk earlier in the year about Hurrell signing with the Dolphins? Did that end up happening?

LeagueNut said:
Wasn't there talk earlier in the year about Hurrell signing with the Dolphins? Did that end up happening?
Click to expand...

There was, but he extended over there. Shame coz I’d enjoy seeing him back

Hard to see it happening

Shit that would be a backline

Beavers Headgear said:
John Kirwan says that the Roosters have a contract sitting in front of RTS at the moment

Hard to see it happening

Shit that would be a backline
Click to expand...

Why do you say 'hard'? Clearly salary cap will be fine...

RTS is like the 7th pick centre for the All Blacks, 4-5 injured and they still played Barrett ahead of him - surely he wants to play footy of some form? Not saying he won't make it - but probably still the case that Lennart Brown, Goodhew, Havilii, Ioane, Tupaea, Barrett at least are all ahead of him
You must log in or register to reply here.