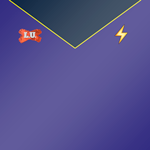 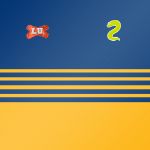 The game can only be described as a shambolic performance by every one of the Storm Players.
It was disappointing on a number of fronts. Felise Kaufusi's 150th game was marred by a team effort
to allow relentless, unforgiving and successful attack by the Eels.
Our "young guns" didn't want to work hard enough to win.
I think they're too busy choosing their next hair style, getting tattoos, and reading about themselves in
the press and on Social Media. Training would be an inconvenience.
Our right edge is wanting. It's been that way for the last month and I'm surprised Bellyache hasn't fixed it.
Where was the leadership team? Something was definitely wrong, for Munster's fail to assert control in the game.
If Melbourne wants a crack at the Grand Final and take home the bling then the boys have to work everyday
to achieve that. A message for Addo Carr, Nicho Hynes and others leaving for the northern pastures. A couple of seasons will pass before you have another chance to take home a GF ring.
Some clubs,members and fans like to blame the coach. Bellyache is the best coach in the modern era.
Its those on the paddock who have to lift.
Congratulations to the Eels. You subdued the storm.
You must log in or register to reply here.