Mick Ennis is a knob

Don’t be so hard on him because he signed with Cronulla.

Some people...jeez...a commentator comes out and says one bad thing about our club and people lose their shit...get over it...it’s not like we’ve been good for 10 years...they’re just stating facts...leave them be and get on with life
J

Yep. The same knobs that talked up Mary!!
God help us

I don’t mind him, hated him as a player but like him as a commentator. He even admitted that he was wrong about Macca as most of us were. Alexander too was very complimentary of our backline. I really don’t get the beef.

Mick owns Canberra, give him a clap. 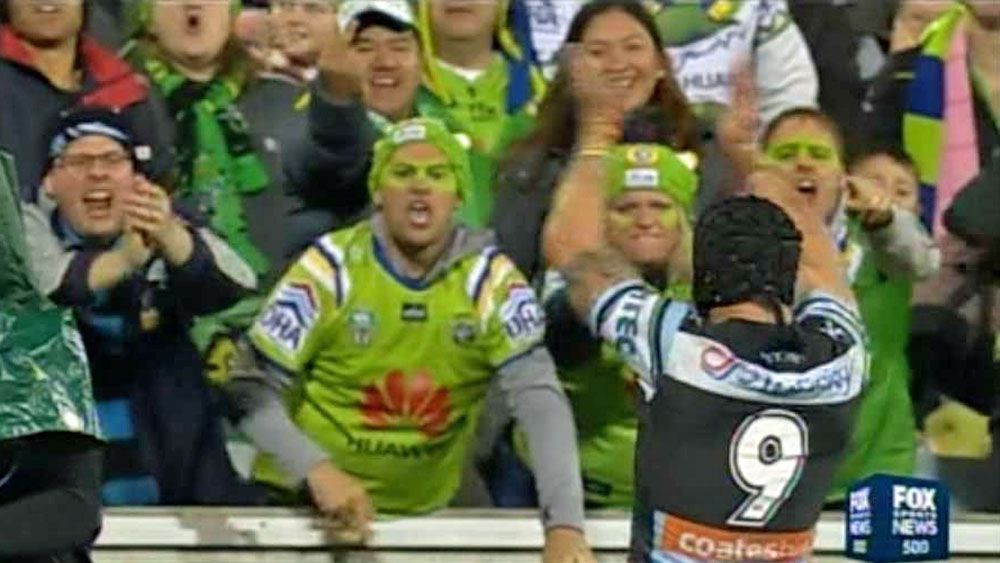 I just switch off at times when he starts talking because at times he imo talks too much.

blacksafake said:
I just switch off at times when he starts talking because at times he imo talks too much.
Click to expand...

I'd say that theyall 'talk to much' and most are anti Dragons or Griffin. My young son will testify how angry they make me with all that bias and dribble. Why can't they just call the game and leave the rest of that crap for after the game.

Having said that, Ennis is one player that I wish we would have not let go. Yes he had a lot of niggle in his game but he sure was a great hooker; a player we could have done with during the Price / Mary era.
D

Forbes Creek Dragons said:
I don’t mind him, hated him as a player but like him as a commentator. He even admitted that he was wrong about Macca as most of us were. Alexander too was very complimentary of our backline. I really don’t get the beef.
Click to expand...

Nor do i. This bullshit about Alexander hates us because of what Linnane did nearly 30 years ago has developed as a urban myth with a life of it's own on here. There's a lot, a bloody lot , of ex players gaining a valuble gig commentating on NRL. You would only listen to 25% of them at the most. I think Alexander, Ennis, Sterling, Cronk would be in my 25% .
S

I think it’s humorous that if a Dragons fan sitting on their couch nursing their 10th beer says something negative that’s ok but if an expert who has actually played the game, won grand finals etc says something negative then they are a knob / wanker / hater. Also don’t get the hate for Alexander, he’s just calling it as he sees it. I generally agree with him. I thought he was pretty balanced last night. Very complimentary about Hunt and he’s been an outspoken critic in the past, and rightfully criticised the errors of the team at crucial points in the game.