The Thursday night game against the Rabbitohs was just an extension of the Paul McGregor travelling magic show, which the St George Illawarra Dragons have been putting on over the past eight weeks.

The first two games back from the lockdown saw the Dragons almost held scoreless, while the Warriors and the Bulldogs put on 18 and 22 points respectively. That left the Red V winless after the first four rounds.

Not surprisingly, there were lots of calls for McGregor to resign, but equally unsurprisingly, the same Dragons board that inexplicably extended Mary’s contract in 2019 decided he should stay, for reasons only known to themselves.

Facebook Twitter Reddit Email
Share
The next eight rounds have seen the Dragons win four games: one against the Sharks (with plenty of Dragons fans arguing it should have been two wins), another against the Sea Eagles, who were massively down on troops, a further win against the Titans and a “Hand of God” win against the Bulldogs (I can see Marcelo Montoya dropping that pass – still feel for him).

Along the way, we’ve been treated to some great attacking football, with Matt Dufty in career-best form, Adam Clune doing some very good things at halfback, Ben Hunt coming back into some pretty fair form and Zac Lomax showing why he could be a world-class centre.

All of these positives are hiding a simple truth. The Dragons have won four games this season, sit on eight competition points and have no chance of making the finals unless a major miracle occurs.

Sure, the side has scored some terrific tries, but it’s still lost games. Yes, the efforts against the Panthers, Roosters and Raiders were gutsy, but the team still lost.


It’s very easy to buy into the notion that the side’s improving when it strings a couple of wins together, but this a distraction from reality. That is, the team is losing far more games than it wins.

And all the while, the coach who is not guiding the team to victories, but to eight losses this season, keeps his job and the criticism that should be directed his way has largely fallen silent, mostly because there are other high profile teams who are playing worse than the Dragons.

There are eight rounds to play in the 2020 season and the Dragons have a realistic chance to win exactly three games against the Cowboys, Titans and Broncos.


The other games against the Roosters, Eels, Raiders, Knights and Storm will hopefully be played with the same newfound flair that we’ve seen recently, but the results will be the same: losses. They might be gutsy losses, or hard fought losses, but they will still register zero competition points.

When the dust has settled on season 2020, I’m guessing the Dragons will end up on 14 competition points, which should be good enough for 11th or 12th. Many will think this is a great result given where the Red V finished last year and especially if the side continues to play an exciting brand of attacking footy.


The reality will be a team of enormous talent, in two seasons, has won 15 games out of 44.

This should be considered a disgraceful outcome, but will that result in the coach losing his job? Probably not, because McGregor the Magician will no doubt have more smoke to blow to cover up for his and the squad’s failings.

And thanks to the magic of his contract extension, Dragons fans can look forward to more of the same in season 2021.


Roar Rookie
August 1st 2020 @ 10:36am
The Dragons will have to go through some pain before things get better.

Mary isn’t the man and I don’t think that Flanagan’s doubtful past qualify him to build a strong team. Hard to have a “no dickheads” policy with Flanagan in charge.

In terms of their playing roster there are a lot of guys just going through the motions.

1. Vaughan’s numbers look okay on paper but he doesn’t dominate the opposition in defence and often takes the easier hit ups late in the count.
2. Tariq Sims is a shadow of his former self – perhaps he’s injured.
3. Frizell is predictable in attack and doesn’t have the impact that got him into the rep teams.
4. Kerr, Host, Lawrie and Ford are good young forwards who haven’t yet fulfilled their potential.
5. There’s no point in keeping Norman – hard to see what he brings to the team.
6. The Dragons perform far better with Hunt at dummy half and that raises some questions about how to get the best out of McInnes.
7. Lomax and Dufty have improved greatly on last year and hopefully will be there for some time.
8. Aitken tries hard but doesn’t really possess the ski;;s required to be a top flight centre and is probably too small for the forwards.
9. Pereira and Ravalawa are run of the mill and neither have enough pace in may opinion.

It will be interesting to see how the Dragons recruitment and retention unfolds over the next six months.

Dragon David said:
Yes, whinging to the ref won't change his decision but the captain can challenge now which helps. He needs though to motivate our guys on the field. Get stuck into them and give them a serve from time to time. He is the captain and the players need his voice to be heard. We need talkers in the front and back line.

The start of the game against Souths we looked like world beaters but it didn't take long for us to come crashing down to earth, once Souths had more possession through penalties and 6 agains and Walker ran through without a hand on him basically to score. This should have been the time that the players started to gee each other up and McInnes leading the way.
Click to expand...

The forwards are saying that Mcinnes is directing them around the field. I think I will take their word on him providing plenty of talk.

The penalties and 6 agains that led to Walker scoring were not due to Mcinnes not getting stuck into the ref, but more to do with the coach's piss-poor bench rotation and players getting tired.

If you don't think Mcinnes is inspirational as a captain I do not know what to say. He fires people up, always gives his all and has made game winning plays.

I’ve got a spare new skipper.

PM me if you want it: 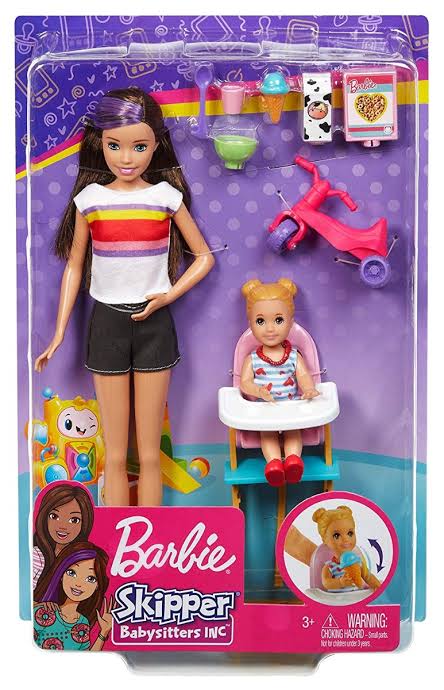 Old Timer said:
Why put it on them you said you wanted him in your spine? I’m going to disagree here - there is no way and I mean no way Hunt will be dropped from the Qld team especially as the incumbent Qld player of the series .. re the Australian team there’s one thing I do recall w selections - selectors always go w incumbent players until failure besets the team. They don’t give Australian jerseys away you need to earn them It’s the only way they can instil pride in the jersey and performance. Hunt has been a top 17 staple for last 2 years In the Oz team as an ideal foil for Cook and DCE and will remain this way due to his past performances. Also Meninga loves him as does Walters.. so any talk of a 20 game rookie or anyone else is ludicrous..

FMD if we had a decent 13 he wouldn't make the 9 in our team but maybe you can send me his highlight real to try and convince me.
Click to expand...

Datramp said:
The forwards are saying that Mcinnes is directing them around the field. I think I will take their word on him providing plenty of talk.

The penalties and 6 agains that led to Walker scoring were not due to Mcinnes not getting stuck into the ref, but more to do with the coach's piss-poor bench rotation and players getting tired.

If you don't think Mcinnes is inspirational as a captain I do not know what to say. He fires people up, always gives his all and has made game winning plays.
Click to expand...

he is a gutsy player the gutsiest we have but a smart captain or a leader he is not especially in the moulds of :
Cordner
Smith
Cleary
Graham
DCE

SOO selections will be interesting.

The choice for Meninga would be who would provide the most versitility.
Q

I listened to Nathan Brown on mmm this afternoon .. The way he talked about big money players having to perform was spot on , he also mentioned how saints need to produce more talent to become a better club .. I believe he would be an ideal choice to be the head of junior talent/ pathways system with a more hands on approach than what we currently have . Keep millward on to look after contract signing and chasing a marquee player . From what i heard today Brownie sounds a very "intelligent " football brain and could be quite the asset moving forward .. I hope our CEO was listening ..
Yes we need the broom BUT we need to put the right people in for right results

The choice for Meninga would be who would provide the most versitility.
Click to expand...

Forbes Creek Dragons said:
Or Walters rather.
Click to expand...

Meninga is right if you think about it a bit longer.

George Dragon said:
Meninga is right if you think about it a bit longer.
Click to expand...

Doesn't Kev select the team? Edit Australia isn't even on the radar for either to me. Hunt will be lucky to make the Qld team let alone Australia.

Forbes Creek Dragons said:
Doesn't Kev select the team? Edit Australia isn't even on the radar for either to me. Hunt will be lucky to make the Qld team let alone Australia.
Click to expand...