Dragon David said:
I'm looking for confirmation but cannot find it on Foxsports News, Nine News. You must have just heard it on the radio Draginzaaar?
Click to expand...

Thanks for your input and this thread Draginzaar.

It was maybe '61 or so and I was 12 when I first saw him play.
Not that I will pretend to remember the game.
But I do remember the awe that surrounded that man.
And like others in here, i was "locked in" thereafter (to that damn RedV).

Role Model is an often mis-used term in sport, but Norm WAS/IS a TRUE role model.
Commiserations and best wishes to his friends and family.
You may be gone, but never forgotten.

RIP Norm Provan and condolences to your family and friends.

I never saw him play on the field but I can still picture the time he came to my school when I was 9 or 10. He was the biggest bloke I'd ever seen. Our Headmaster was standing on a step but still didn't come up to anywhere near him. Wish I could remember what he said, all I know is the whole school assembly looked on in awe.
A

The large portrait that hangs in St.George Leagues club is a true testament to the man they called "Sticks". I had the pleasure to meet him and watch him play as I am sure many of us did. A true gentleman, an outstanding player, and inspirational captain. A player who showed pride and passion by proudly wearing the Red V. To me, Norm Provan was one of the greatest of his era and of all time. Sincere condolences to his family and friends. RIP Mate

R.I.P Norm Provan (Sticks)
Truly an Immortal of Rugby League and our great St.George Dragons.
He always had an Aura around him.I remember going to training at Kogarah all those years ago.Wow!!
He was like 50 feet tall in my eyes.A great skipper,player and coach.Thanks for all those precious memories Norm Provan.

Boy, could he write a book about club culture. He practically invented it !

Many thanks to Sticks for the wonderful years he gave us. Condolences to his family and many friends.

Second row forward.
NSW rep (1954-61).
Aust rep (1954 & 1956-60).
Sutherland junior.
Arguably the best back rower to play the game. Played in 10 winning grand final sides including four as captain coach.
In 1963, he and Arthur Summons (Wests) were immortalised in John O'Gready's award winning photo, 'The Gladiators' which later became the model for the premiership trophies of the 1990s and into the 21st century.
An unofficial ambassador of Rugby League, Norm Provan is widely regarding as one of the game's legends.

St George had won their 10th consecutive Grand Final. At the sounding of the fulltime siren, the SCG was invaded by thousands of fans and the ground became a sea of people – any chance of a victory lap was soon overwhelmed.

Norm Provan in his last match was surrounded by strangers and well-wishers. As always, he spoke as a true gentleman and thanked one and all.
Provan was the last of the players who played in the 1956 Grand Final winning team and with his retirement came the final changing of the guard.

One of the the greatest Dragons ever.

Forever an Immortal in my eyes...

RIP Norm (sticks) Provan
one of the greatest if not the greatest that ever wore the jersey. a true champion both on and off the field.
An immortal who will never be forgotten Condolences to the family
Never Before Never Again !!!!!!!!!

I'm too young to have seen him play, but my father, who was a life long Dragons tragic, spoke of him as if he was a god...

I'm sure Dad, and many passed on Dragons fans, just like in this life, were on their feet cheering for him as he arrived... 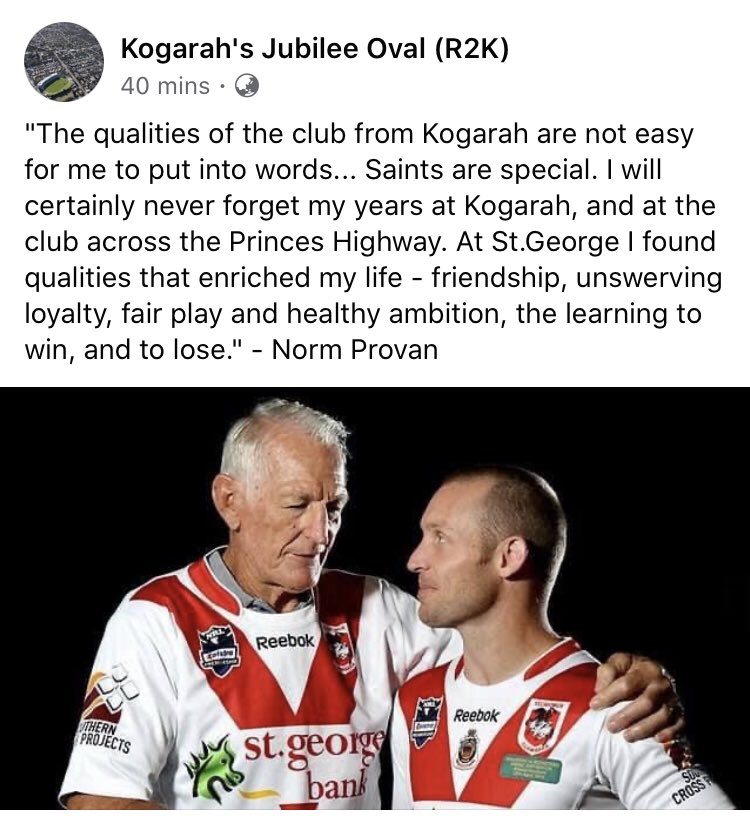 RIP Norm Provan, a true giant of the game

Draginzaaar said:
Norm Proven has passed away. One of the greatest Saints of all time.
Click to expand...

Rest In Peace Big Fella, you truely are an immortal.
M 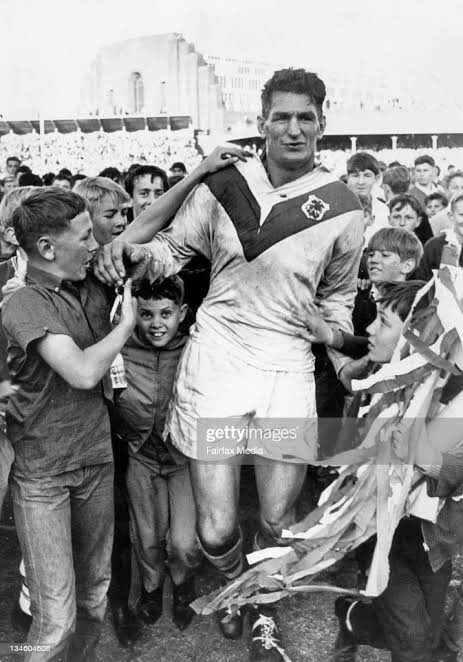