Beavers Headgear said:
Cookie Time thought it was a great idea to hand out bags of mini cookies at the gate, thousands of them found the playing paddock.
Click to expand...

Even more evidence that you Cantabs are broken.

Also, I assume the Shield match you mention is the Steve Walsh Jnr stitch up ... him reffing that was as bad as having an Oz ref for a Kangaroos game.

If it already hasn't been done then a Penrith fan needs to get off their glory-hunting arse and head down to the stadium and document it in photos, like I did at Brookvale.

We know it's slated for demolition, we know they'll miss it. I'm not going down there to do it for them (the photos that is, not the demolition) as I don't have the emotional connection with the joint.

Matua said:
Even more evidence that you Cantabs are broken.

I doubt the cookies would've been wasted at a concert, chances are there'd be a fair bit of ganja going around.

Cheers guys, it's time for me to take my summer break from here. Footy wears me out! I'll still read the forum, so thanks for keeping it ticking over.

Next year is extra-exciting for me because I reckon I'll attend my first ever game at Mt Smart, and I'll watch for the announcement of the signing of a good, new prop that will make that game more competitive!

Former Panthers assistant Andrew Webster is confident he won’t fall victim to the “biggest mistake” new coaches make as he takes over at the Warriors ahead of the 2023 season.

Webster worked alongside Cameron Ciraldo and Ivan Cleary during an incredibly successful period for the Panthers, winning back-to-back premierships in 2021 and 2022.

Across NRL history, coaches have attempted to implement strategies from their old club into their new team to varying success.

Webster believes to return the New Zealand outfit to the finals race he must begin developing juniors and find the best method to unlock the club’s talented group.

“The biggest mistake coaches make is they copy and paste things from where they’ve been.

“But that might not suit this group of players,” Webster said to The Daily Telegraph.

“We have things that are non-negotiables. We are going to have a team that works hard and will be a skilful attacking side.

“The best way for the Warriors to have success is via the pathways, which is hard to do when the players haven’t been in New Zealand.

“The staff have done a terrific job while the NRL has been away.”

Meanwhile, Shaun Johnson’s form was consistently under the microscope across the 2022 season.

While once the Warriors returned to their Auckland base the halfback’s performances clearly improved, Webster wants to get the best out of the dazzling ballrunner.

“I told Shaun that if he had the fire and ambition to play at the highest level and to his potential, then I wanted him here,” Webster said.

“I know when he’s happy off the field and connected to his family, that’s when Shaun plays his best football. I know that from first-hand experience.

“When he returned home last year he played his best football. I’m excited about the legacy Shaun can have.”

Webster has in the past filled in as head aoch at the Tigers after Jason Taylor was sacked in 2017, also working as an assistant under Andrew McFadden across the Tasman.

However, the 40-year-old is under no illusions how big a task he has ahead of him.

“Everyone asks if you’re ready to be a head coach. If I stayed at Penrith for five more years then I would’ve been five years more ready,” Webster said.

“Having an opportunity to work at a club I knew and felt comfortable at is a big advantage. If someone else got offered the job and had never been living in Auckland then it would have been a different challenge.”
Click to expand...

Flegler in high demand, says he wants to stay with the Broncos. Manly offering $675k a year for 6 years, Warriors and Titans sniffing too

Would we want him? When I hear the name Flegler I think "risky loose cannon", almost in the Jack Hetherington mould. But I haven't been following the Broncos that closely so I might have him confused with someone else.

Tell me your all in on young Dylan Brown.

I heard Harris Tevita is going to have a break, I reckon that is awesome.

Mr Angry said:
Tell me your all in on young Dylan Brown.

I heard Harris Tevita is going to have a break, I reckon that is awesome.
Click to expand...

Yeah Harris Tavita is taking a gap year. Id say its highly likely he'll be back in 2024, though not necessarily with us.
P

Mr Angry said:
Tell me your all in on young Dylan Brown.

I heard Harris Tevita is going to have a break, I reckon that is awesome.
Click to expand...

Dolphins are more desperate for a half than us, which is incredible even as I write it. Sean O'Sullivan + Anthony Milford ain't getting the job done. They'll toss more at Brown than we can probably afford, plus we've already tried to pay overs for him and he turned it down.

We have TMM, Volkman, Metcalf (if he plays there) and CHT if he decides to return, I wouldn't advocate for spending $1m plus on Brown when we're in more need of a big-name, consistent prop.
P

I love all I'm hearing from Webster. Not for a second do I think we become premiership contenders because he's arrived, but he just has that feel of a deep-thinking, focused, level-headed guy - the personality of a Todd Payten, Ivan Cleary etc. He knows our club, our players, he seems like he's been thinking deeply about what our best XVII is next year, I really get the feeling he's going to make a difference.

SpaceMonkey said:
Yeah Harris Tavita is taking a gap year. Id say its highly likely he'll be back in 2024, though not necessarily with us.
Click to expand...

Explore, be a young fella.

More Aussies and Kiwis should play in England and France, not old merkins, in thier prime.

Live a little, do not be hermits.

That is for Victorians.

You know what Harris Tevita, you never have to play again, go surfing in France, or visit the Amazon.

Do what ever. I admire you for giving it up, for now at least.

Probably do some other kids well too.

I promote gap years for players.

Penrose Warrior said:
One of the greatest attempts at pulling wool over people's eyes of all time...I went on a child sex line to try and get drugs. Yeah, OK pal. And I go to the bottle shop for bread and milk.
Click to expand...

And the judge fell for it! Always good to see the courts protecting the community! 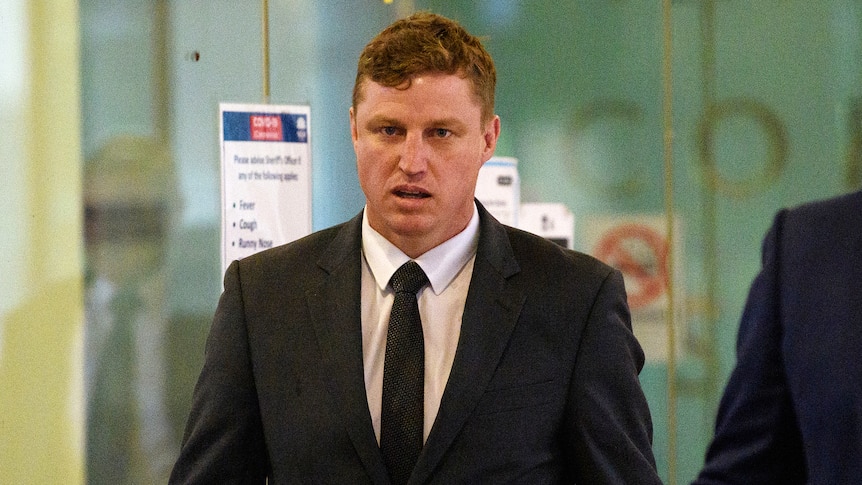 Former NRL star Brett Finch avoids a custodial sentence for sending messages about child sexual abuse on a phone chat service, after a judge accepts they were desperate attempts to feed his drug addiction.

It's patently ridiculous. I'm not a drug taker, and I'm sure it's addictive as f**k in the grips of it, but to lower yourself to a child sex line? To go along with it for that? To send the messages he did? I still call BS. I also refuse to believe drug dealers stopped working in lockdowns.

Manly tried to employ Laurie Daley to add to the coaching staff, the NRL said no because his breakfast radio show which is sponsored by a gambling company is a conflict of interest

interesting considering they consider no conflict of interest with Braith Anasta where the flagship NRL show is hosted by an NRL accredited player manager
You must log in or register to reply here.