The Pillow Guy reckons that Australia has also had an election stolen because of voting machines.

WTF... using China as a way to scare tactic on climate. I think now the Libs are irrelevant in Canberra, the RWNJs must just be throwing things up to see if anything sticks.

Not that I liked Trump but this new guy is sending the USA economy into a downhill spiral. He will be gone soon.

This is not a drill. Basket case.

gee the minister for everything is copping some shit on Twitter

^^^^^^
I was trying to find out why Morrison would appoint himself co-minister of up to 5 portfolios. This is the only explanation I could find. 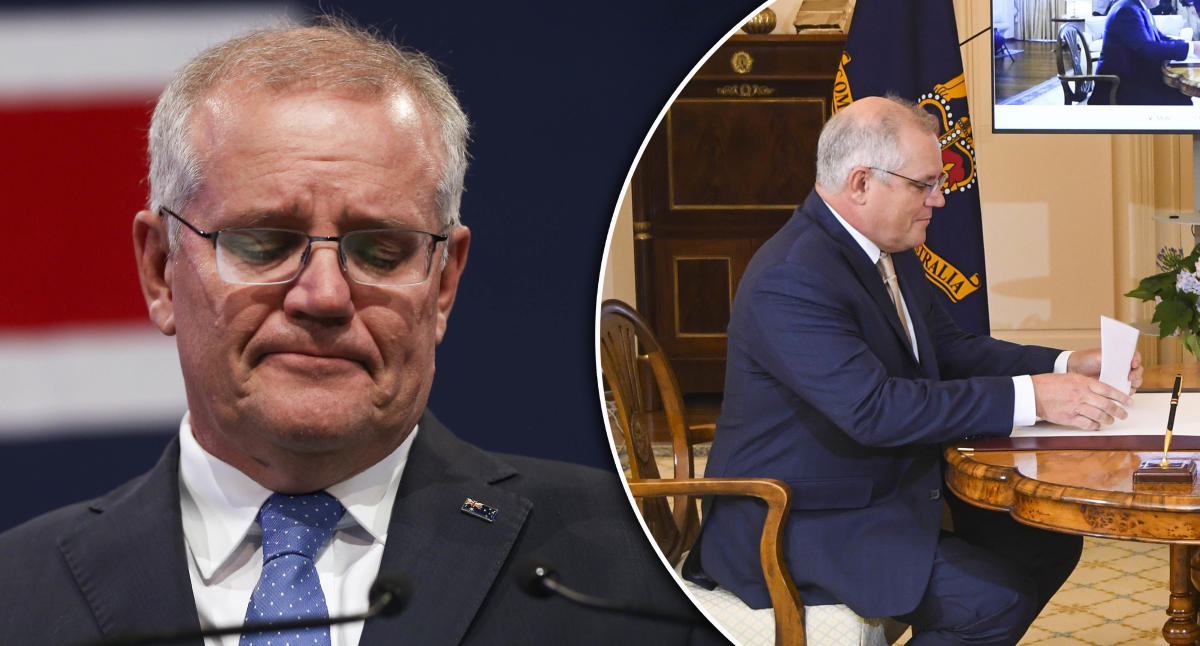 It has been claimed Scott Morrison secretly appointed himself joint minister of health, finance and resources while he was prime minister. A leading political analyst explains his likely motives.


Political analysts are questioning the motive of former prime minister Scott Morrison to secretly appoint himself to three ministry positions without the knowledge of his senior cabinet colleagues.

Mr Morrison was sworn in as minister of finance and health during the early stages of the pandemic in 2020, according to The Australian.

Then late last year he was secretly sworn in as resources minister following a spat with then Resources Minister Keith Pitt over a controversial petroleum project off the NSW coast, as reported by news.com.au. 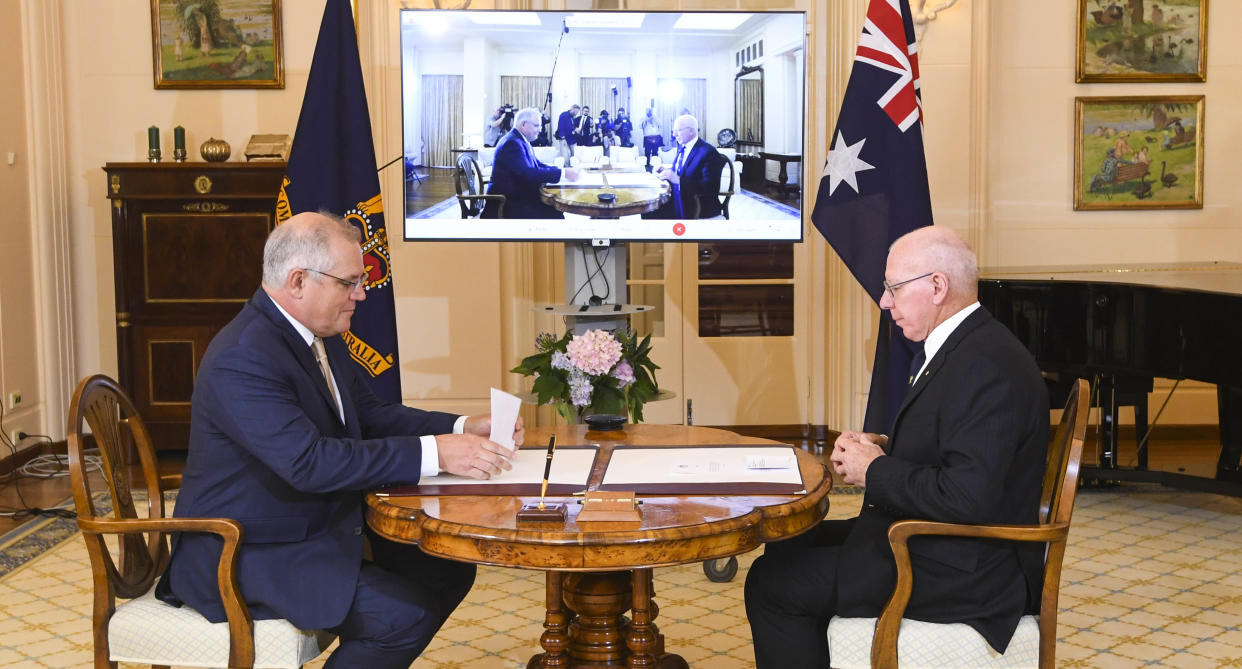 Scott Morrison is believed to have taken on three portfolios as a joint minister while he was in the top job. Source: Getty
Prime Minister Anthony Albanese slammed the revelations as “extraordinary” while speaking to journalists on Monday morning.

“The people of Australia were kept in the dark as to what the ministerial arrangements were,” he said.

Prime Minister Albanese has since ordered a probe into the claims and says the Department of Prime Minister and Cabinet is now seeking legal advice from the solicitor general.

'Why would he need to be in these roles'​

The man who would have overseen the proceedings has confirmed that he signed instructions to allow Mr Morrison to take on other portfolios.

In a statement, Governor-General David Hurley said the move was “consistent with section 64 of the constitution” and that it was not uncommon for ministers to be appointed to other departments.

I am just shocked, I really am,” Dr Andrew Hughes, a lecturer at the Australian National University, told Yahoo News Australia.

“It’s just like there were two governments being run. One accountable and one not.”

“So much for the integrity of the government itself.”

Without any extra pay on the cards for taking on additional responsibility, Dr Hughes was left clueless as to why Mr Morrison pulled such a “secret and shadowy” move.

“This is the surprising thing,” he said, “why would he need to be in those roles in the first place?”

“He’s the prime minister. He’s got the power to overrule those decisions. Why would he need to be directly involved?

“It might raise questions about whether he had stakeholder groups pressuring him into making decisions, or was he thinking more about electoral outcomes than ones which might be in the nation’s interests based on other reasons and other grounds.”

As mentioned on ABC this morning, the Morrison secret ministry is hardly been reported in The Australian and the Costello run Nine newspapers and TV radio is silent about another cash for comment scandal.

This only reinforces how Australian media is f**ked up and clearly manipulate the news cycle based on agenda.

Well he did say you cant trust governments - he has first hand knowledge.

Are they saying the govenor general was complicit in it? GG suggesting its not unusal for ministers. But PM?

Gronk said:
As mentioned on ABC this morning, the Morrison secret ministry is hardly been reported in The Australian and the Costello run Nine newspapers and TV radio is silent about another cash for comment scandal.

This only reinforces how Australian media is f**ked up and clearly manipulate the news cycle based on agenda.

Hardly been mentioned in Nine newspapers? .... lol ... it dominated to top of the SMH homepage all of yesterday and is still there.

strider said:
Hardly been mentioned in Nine newspapers? .... lol ... it dominated to top of the SMH homepage all of yesterday and is still there.
Click to expand...

But i dont disagree, the media most certainly do have agendas and manipulate australians .... just like the ABC are leading you along too

And here is The Age front page just incase we were wondering ... smh and theage being nine's publishing mastheads ... clearly no mention of scotty there either

@strider I was talking about the cash for comment Costello payment from Packer. Not reported across the Nine media right ?