Poupou Escobar said:
I noticed something the other day and thought it would be worth posting here.

Since Phil Gould took over the Panthers system and supercharged their academy, their junior rep teams have had very different results.


What stands out is that, prior to Gould taking over, the Panthers' Harold Matthews record was even more impressive than ours (3 premierships, 2 runners up and 2 minor premierships) in the same period. Gus certainly seems to have fixed that. They haven't won a Matts premiership since. Meanwhile we have maintained nearly the same success rate (3+3+2) since 2012.

The question needs to be asked then, is Harold Matthews success some sort of poisoned chalice or are we just focusing our efforts in the wrong area of poaching and retention? Am I just having a jersey flog? Because that's where the big NRL clubs are having their junior rep success, Jersey Flegg, and to a lesser extent SG Ball. Harold Matthews Cup is irrelevant. We've won significantly more Matts premierships (20) than any other club (Penrith is second with 7). Meanwhile the last time Parra won the comp in the Flegg/NYC age group was 1990. That's almost as long as our first grade drought. This year's top four NRL teams have all won this age group in that time, including the Melbourne Storm. The Roosters have won it four f**king times since we last did.
Click to expand...

Because Penrith are from what I've heard and this maybe untrue but treat HM in a way as a game of fishing. They cast their nets wide and sign up a heap. Once they've got them on a contract they favour the un-signed kids and give them preference in teams selections etc. That way they sign up also.
The side looks weaker due to results but instead of having the best halfback in the district they are able to have the best 2 and make choice down track when they are older which is the better.

didn't Eels and Panfers have 3 Matts teams between them at one stage ? 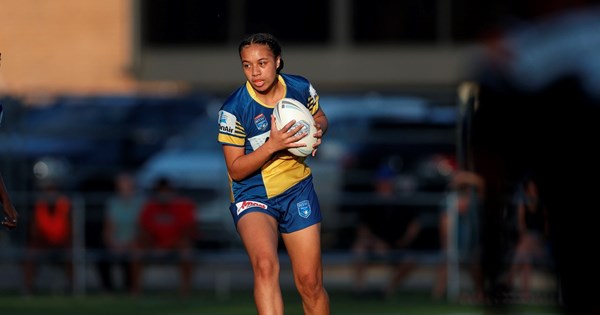 The Parramatta Eels would like to congratulate the following players named in the Eels Tarsha Gale Train-on squad for season 2022.

Gee i hope Valdo Jankovic makes it to first grade one day what a cool name that is.

He has cult hero written all over him
A

Plenty of spelling mistakes listed which the club hopefully will fix up.

HMatts team named as well.
A

@hineyrulz any names you recognize

IFR33K said:
@hineyrulz any names you recognize
Click to expand...

You can watch on Saturday SG Ball signing Lance Fualema play for QLD U17 City (if the team lists are correct).

Another Penisini in there as well

ALX25 said:
You can watch on Saturday SG Ball signing Lance Fualema play for QLD U17 City (if the team lists are correct).