Random Tigers articles from the media

I’m loving all this scrutiny and bad press.
We are in finals week 1 and the stories are flowing thick and fast about what a shitshow this club is. Better still, the torch is on senior management and that fkn board. About time they were dragged through the muck they created.
G

Ron's_Mate said:
“In terms of players not listening to the words that Madge says, that’s far from the truth. When we left Brisbane, everyone gave Madge a handshake and a hug to say that we’ll be in touch whenever you need.

“I was sort of known as being a bit lazy, but he transformed me into a consistent 80-minute player. The boys in the club love his coaching. He cares for us, he’s done a lot for my family as well. I definitely hope he stays with us, I want to continue playing under him at the Tigers.”
Click to expand...

Why would they give him a hug and say goodbye if he was staying. You say goodbye to people who are leaving ??

Also Luch saying he isn't lazy and is consistent. Better hope asada don't read that. They'll be after him for suspicion of being on drugs...

Everyone’s hurting because the squad is in catastrophic failure mode.

I hope the review is made public so we can assess it properly and make up our own minds as to its findings.

If he was available, I would have seconded Des Hasler to head it up due to his academics, experience and communication skills. He is an amazing coach too. I love Benji but he is a knob.

Good on him.
If anyone knows how pathetic the club is out of the public gaze it is him.
Stick it up them Benj!
D

Ooo look another one
We feature down the bottom 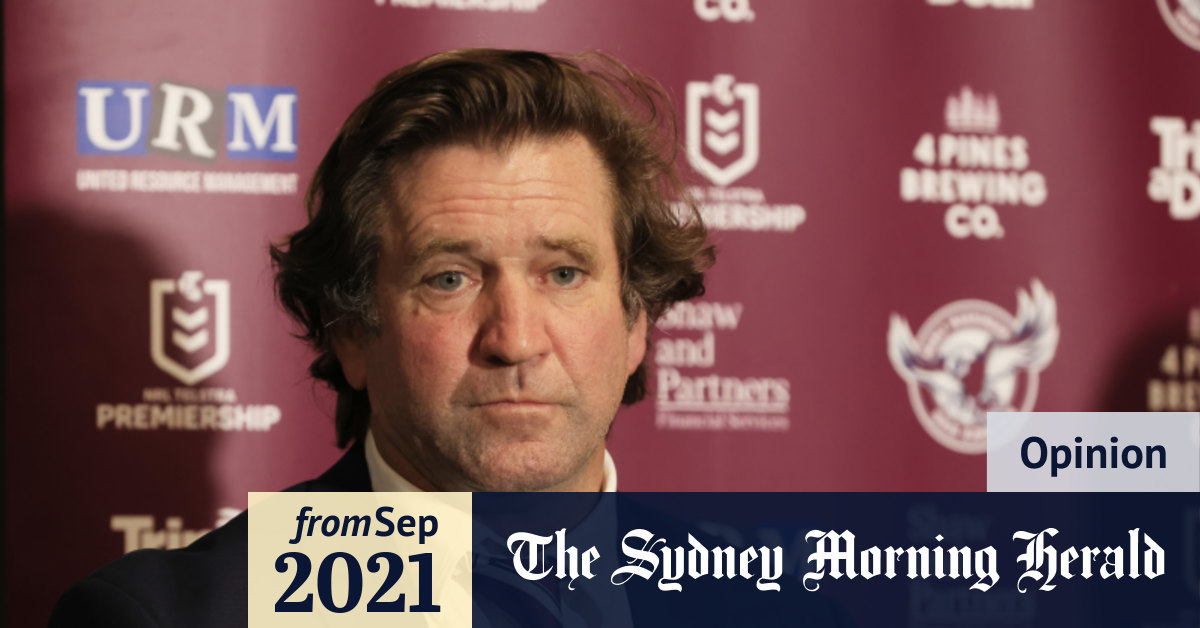 A month into the season, he was fighting for his job. Now he’s getting paid extra by Manly for what he’s achieved with the Sea Eagles this year.

Sheens set to be handed keys to the car as Tigers finalise review
By Michael Chammas
September 13, 2021 — 6.40pm

Tim Sheens is set to be handed the keys to the castle, regardless of whether the Wests Tigers decide to sack Michael Maguire in the coming days.

The club on Monday finalised its end-of-season review, with the board to be presented a copy of the report before a decision is made on Maguire’s future.

Sources with knowledge of the situation told the Herald that Sheens, the joint venture’s only premiership-winning coach of the past 22 seasons, is expected to be promoted into a coaching director role regardless of whether Maguire stays on or is axed.

The club believes Sheens’ experience will be invaluable to the club’s football department, with his role to be increased significantly in the coming weeks to oversee the coaching ranks.

Maguire was unaware of Sheens’ appointment before the board signed off on it earlier in the year.

The Tigers are yet to decide whether Maguire is part of their plans, but Sheens is viewed as the ideal foil for a rookie coach.

There is a widely held view within the game that Penrith assistant Cameron Ciraldo is the perfect fit for the Tigers if they were to move in a different direction, but his management has told the Herald Ciraldo won’t entertain other opportunities until Penrith’s season comes to an end.

That could be this weekend if they lose their semi-final against Parramatta in the western Sydney showdown in Mackay on Saturday night.

However, Ciraldo may not be in a position to discuss his future until after the October 3 grand final if Penrith knock off the Eels this weekend and the Storm in the preliminary final the following Saturday.

The Tigers - who are due to start pre-season in seven weeks - may not be able to wait that long, which will create a conundrum for the club’s directors as they look to finalise plans for the 2022 season.

Tariq Sims, Adam Elliott and Aaron Woods have all been linked to the club, however the Tigers have put a hold on recruitment and retention decisions until a position is finalised on the coach for next year.

In a recent interview with the Herald, Hagipantelis didn’t hide his displeasure with the club’s results under Maguire in 2021.

“There will be a specific focus on the football department with an emphasis on this year’s results,” chairman Lee Hagipantelis said of the club’s review, which has now been finalised.

“The results do not reflect the financial commitment and investment that this club has made to the football department, nor the potential of what we believe to be a very exciting young roster. Difficult questions need to be asked, but more importantly they must be answered.”

The Herald last week reported damning revelations that surfaced from the Wests Tigers’ end-of-season review, casting serious doubt over the coach’s defensive strategies at the club.

The Herald learned that a common theme that emerged from interviews with players and staff was a belief from some that Maguire has been unable to communicate a definitive defensive system to improve the team.

It’s hoped the appointment of Sheens to a coaching director role will help ease some of those concerns. 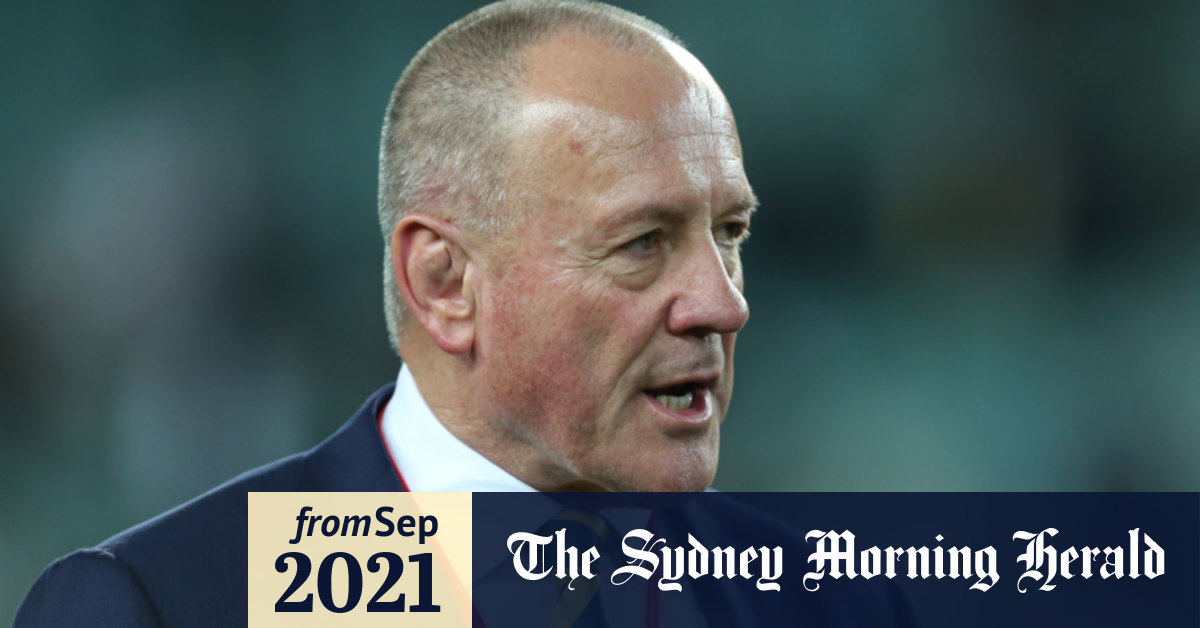 The Wests Tigers’ 2005 premiership-winning coach will be returning to the embattled club as the coaching director regardless of whether or not the club decides to sack incumbent Michael Maguire.

Sheens was part of the committee that promoted himself?

Shredder said:
Sheens was part of the committee that promoted himself?

Reminds me of Kerry Packer and Alan Bond - Packer said "You only get one Alan Bond in your lifetime, and I've had mine".
G

If you listen to this podcast it makes sense why we are stuffed. It's like we are in a Benny Hill movie.

Was a really good listen. I think a lot of the frustration he felt though is why we hired Hartigan. I wonder if we would have made such blunders with the current management we have now... who knows

who are the two guys doing the interview?

The more I listened, the more liked what he was saying

The more I listened, the more I started to hate the club

JB04 said:
The more I listened, the more I started to hate the club
Click to expand...

I’ve hated this club for years as I could see through their bullshit. What they are saying in the podcast is what I have long suspected and been ridiculed for discussing.
It ain’t just the coaches
It ain’t just the players.
Its the whole fkn club…it’s rotten to the core.

Watching us play this year I came to an early conclusion that remained throughout the season that our team was light-years away from being a reasonable team. Now I understand that pretty much the whole organization is light-years away from attaining the heights of being a bog average organization.
You must log in or register to reply here.
Share:
Facebook Twitter Reddit WhatsApp Email Share Link