The one-time Super League board member and NRL head of strategy has revealed more details of a paper he put together for a proposed overhaul of British rugby league, at the heart of which is the establishment of an independent commission to run the game, as happens in Australia.
The paper, circulated to a number of English clubs, is based on a plan Richardson presented to the NRL with the aim of garnering interest in purchasing or helping to purchase Super League.
Richardson, who helped found Gateshead Thunder in 1998, says his motives are based on a genuine love for the game in England and Europe which he claims is hugely undervalued because it is “a dying and decaying sport”.
Richardson says the first step would be to remove the name of Super League and make a fresh start, with a 10-team top division and a second tier comprising a maximum of 12 part-time clubs, with an amateur league below.
Wigan, St Helens, Warrington and Leeds would be the only automatic selections for the top tier, along with one from Hull and three chosen by the commission deemed to be beneficial to the growth of the game, with Richardson pointing to Newcastle, York, Wales and London as examples.
“The game cannot sustain more than 10 teams at this stage,” says Richardson, who believes the other two places should go to overseas teams, mostly likely from France.

Plausible idea. Catalans or Toulouse should be part of it initially with P/R existing between them
S

I can understand including London, Scotland and Wales and giving them a level of extra support to remain in the top tier

In respect to the French, their league should be trying to rival the ESL not play second fiddle

Sl now considering promoting 4 for next season then splitting into two ten team divisions in 2023! Peresnally iId go to a 14 team comp playing each other home and away for a 26 game regular season. Top 6 play off. One automatically down and one up. Shrinking the number of FT SL clubs isnt going to help the game long term.

Exclusive: A proposal has been made to reduce the size of Super League, but not before increasing the number of teams in 2022.

It goes without saying now that anything proposed by anyone who has an involvement with the NRL will have zero credit within British Rugby League or even the British government.
G

Yep. Richardson can poke his nose out. No interest in hearing anything from him.
L

Is Australia really run by an independent commission? Seems to me that the clubs now control it.

The AFL, the most successful code in Australia, is run by an independent commission. They ensure the clubs do not have the final say otherwise self interest comes first.

Whilst we have News Corps rogue, V'landys in charge anything can happen.

LeagueXIII said:
Is Australia really run by an independent commission? Seems to me that the clubs now control it.

The AFL, the most successful code in Australia, is run by an independent commission. They ensure the clubs do not have the final say otherwise self interest comes first.

Whilst we have News Corps rogue, V'landys in charge anything can happen.
Click to expand...

No it isnt. Clubs can remove directors so they have a big influence, as does the two state bodies who have seats on the commission. Then throw in the media companies who are trhe puppet masters pulling the strings and RL is anything but independent. You only have the look at the very lucrative relationship NSW racing and News Ltd have to understand why Vlandys cant be trusted to be independent. He has a massive conflict of interest that everyone is just pretending isnt there. Lets put it this way he is the first NRL chair to sign a Tv deal with news ltd without going to market, without engaging an external specialist firm to negotiate the deal and who has refused to publicly declare what the deal is worth. Not suss at all!!
L

Interestingly this was in a SMH article on the FTA rights today: 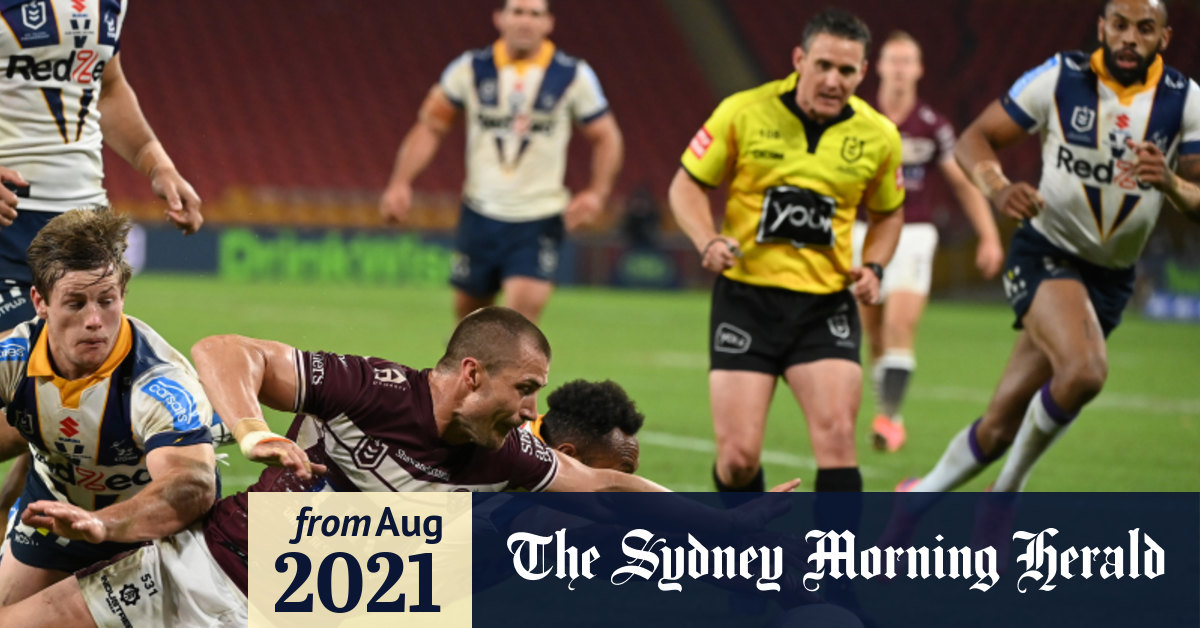 The NRL has officially commenced the process to secure a new free-to-air broadcast deal.

When the NRL locked in an extension with Foxtel and Kayo Sports last year, the News Corp- controlled pay TV company was the only major player in the sports streaming market. Since then, Amazon Prime Video, Nine’s Stan and Paramount+ have entered the sports arena and successfully acquired the rights to sport. The inability for Nine and Ten to secure a deal for their own streaming services will likely limit the amount they are willing to bid.
Click to expand...

LeagueXIII said:
Interestingly this was in a SMH article on the FTA rights today:

The NRL has officially commenced the process to secure a new free-to-air broadcast deal.

They run the same story every Tv contract time, then sign up with the two existing protaganists.

It's a shame walking past shops like JD Sports and they have that lanky twat Basketball twat Lebron advertising and yet Rugby League is meant to be in the top 4 team sports in England....Ice Hockey has a bigger footprint in the UK then Rugby League.
M

Another proposal for a revamp

Just another opinion with no evidence to suggest that model would fair any better than the current one.

for what it’s worth I’d go to 14 clubs with london and York added if they meet criteria and close shop for 5 years.

id work with the nrl to come up with a global club comp brand that both comps used and leveraged off. (Maybe ERL and ARL with same branding and shared media resources etc)

I’d have a min criteria and spend for jnrs and reserve grade in SL.

id have a realisitc min stadium standard to be acheived within the first 5 years.

licenses reviewed every 5 years to determine if still the best 14 clubs in europe giving non SL clubs opportunity to build and stake a claim.

26 game home and away fixture.

You know I kinda like that proposal. 10 strong, well-funded clubs who are realistically competing can only be good for the competition. Elevating the Championship (and lower leagues) can only be a benefit as well to the game as a whole. The P/R model has been a disaster with clubs just playing yo-yo on a bi-annual basis (Toronto beaten 6 straight before pulling the pin, Leigh with 3 wins all season, Toulouse only 1 win so far).

Richos grand European vision of rugby league is a donut shop at all grounds.

The Silverdale Phantom said:
Richos grand European vision of rugby league is a donut shop at all grounds.
Click to expand...