Been sacked from every job he's ever had for shit performance.

Here you go.
B

I’d take this with a grain of salt for the moment. If it is serious surely the NRL would know better than hiring this sack of shit.

Surely a sitting member of federal parliament can't be on the commission? 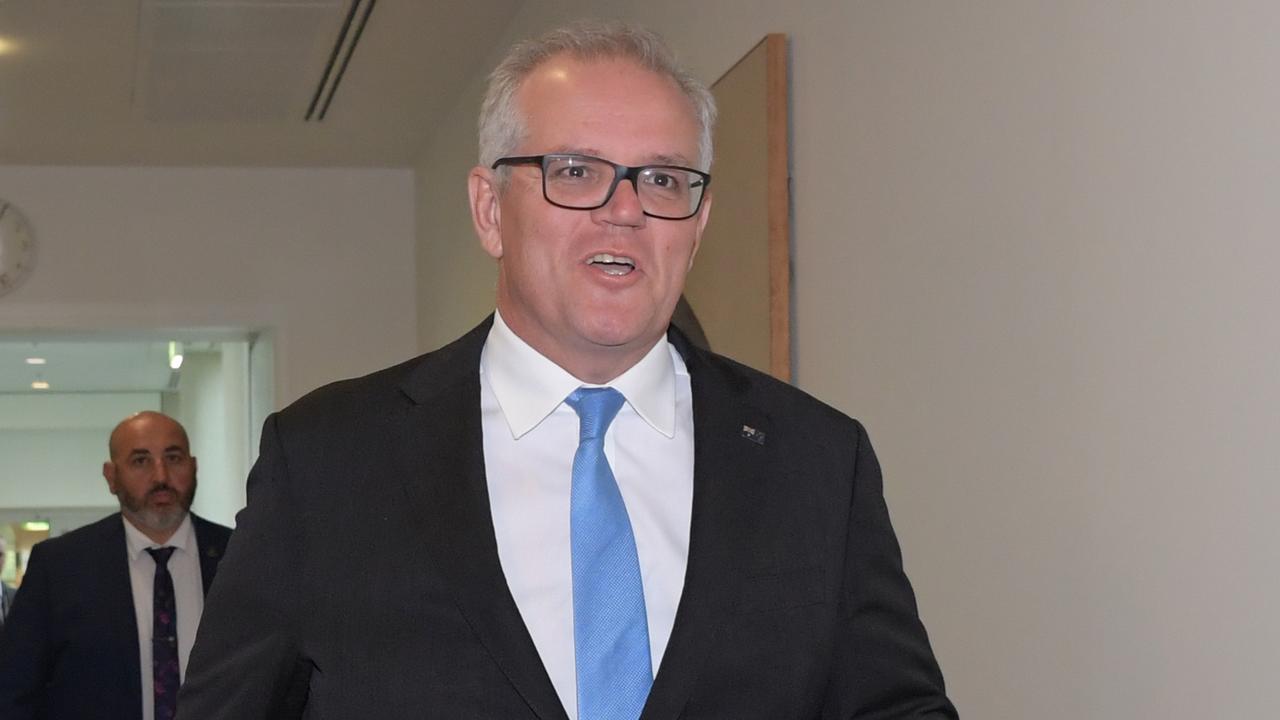 From the Lodge to the ARLC: Ex-PM Scott Morrison ‘approaches’ higher-ups about top league role

From the Lodge to the ARLC: Ex-PM Morrison ‘approaches’ higher-ups about top league role

Can’t see the Commission gaslighting this one

Former Prime Minister Scott Morrison has shot down speculation he is planning to join the ARL Commission.

It is understood the avid Sharks fan had a brief discussion with a senior figure in the game recently about the governing body. But Morrison, who attended Thursday night’s Sharks-Storm match, said he had no goal to take a role in rugby league.

“Sounds to me like just a bit of pub talk,” Morrison told The Daily Telegraph.

“Love the NRL and my Sharks. PVL (Peter V’landys) and Andrew (Abdo) have done a great job. Really enjoyed working with them as PM to get through COVID and to expand the Pacific programme.”

When contacted ARLC chairman Peter V’landys said he had not been approached by Morrison. There are no plans to draft Morrison into any role in the short-term nor was he looking at joining the commission any time soon.

Morrison would have to quit parliament to move into the role and there are no vacancies.

Morrison has been a regular at Cronulla matches since losing the election earlier this year and has also enjoyed a holiday in Bali.

Well I guess it's appropriate, the ARLC are made up of despicable merkins that know how to shit themselves.

I Bleed Maroon said:
Well I guess it's appropriate, the ARLC are made up of despicable merkins that know how to shit themselves.
Click to expand...

He did a lot for rugby league in his time

He could open every board meeting with a prayer. Thatd be nice.

"Morrison has been a regular at Cronulla matches since losing the election earlier this year and has also enjoyed a holiday in Bali."


Haha..nice little dig there from whoever wrote that article.

“Put your hands up if you love Jesus!”…

Lazy, incompetent, non thinker, divisive and hated by all. He’s over qualified.

The Man Shake said:
Wowee guess we could look forward to the Hillsong band playing at halftime for the NRL grand final…

“Put your hands up if you love Jesus!”…

All of the players hands would go up