Miller was a legend said:
I’m just going to leave this here, because I can’t be stuffed looking for a more appropriate thread.

just for all the whinging Nancy boys carrying on about bomber / coaches and how shit our club is over how it has been handled, consider this…

coach appointed- Kevin Walters
Sacked head of football and appoint none other than - Ben ikin.

seriously, some people think our lot do pretty shit things

If this means we don’t have to see his ugly head on NRL 360 and listen to his bias comments about the Sharks.

Well thank f**k for that!

There was an article posted on the other Sharks forum saying Watson wants a chance of a starting gig.

With his preferred position being in the halves.

We could have a vacancy there if Moylan doesn’t want to take our 1 year take it or leave it offer and Johnson on the verge of going to the Bulldogs.

Well I don't think it ever went away, just Snoop was on the ball ahead of everyone else.

My feelings on the signing have changed too much - it's a combination of why? , what position ? guess he'll be cheap and can play anywhere. Probably wants a starting spot or not to be Mr Fix it maybe?

I'm in a glass case of emotions

Dragon Slayer said:
There was an article posted on the other Sharks forum saying Watson wants a chance of a starting gig.

With his preferred position being in the halves.

We could have a vacancy there if Moylan doesn’t want to take our 1 year take it or leave it offer and Johnson on the verge of going to the Bulldogs.
Click to expand...

Is no upgrade on what we have that's for sure
C

No thanks to Watson for a starting spot in the halves.. f**k no

well not like he's known for his accuracy or timing.

It’s elementary if you ask me.

coolumsharkie said:
Can't wait for the " I think he'll be great blah blah" posts to come
Click to expand...

Like, he can cover a whole heap of positions, good for depth, versatile, type stuff?
We already have a Conor to fill that void
G

Mole wrote that Chad is a premiership winning “five-eighth”

That’s about all the credibility that he has.

That’s about all the credibility that he has.
Click to expand...

How does that reflect on James Maloney’s credibility?
G

Riccio tweeted that the Warriors want to sign Chad immediately

The Warriors want to lure premiership-winning halfback Chad Townsend out of Cronulla immediately.
In a developing story, the surprise mid-season move would see Townsend play the remainder of this season with the Warriors — where he formerly played in 2014-2015 — before linking with the Cowboys on a three-year deal from 2022.

The Warriors have first-choice half Chanel Harris-Tevita (pectoral) and utility option Paul Turner (shoulder) out for the season. 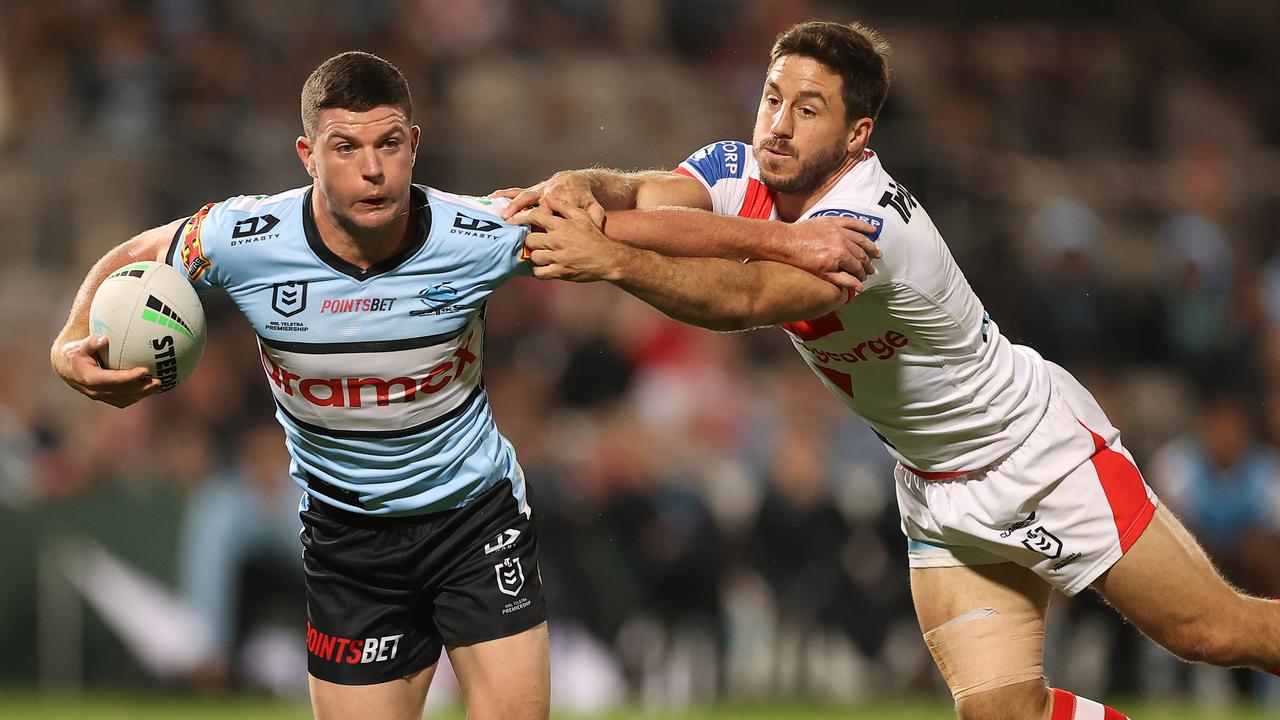 Chad Townsend is a mid-season signing target for the Warriros. Picture: Mark Kolbe/Getty Images
Warriors coach Nathan Brown has personally spoken to Townsend, 30, about linking with the club.

Townsend has spent the past two weeks playing for the Newtown Jets in the NSW Cup with Sharks coach Josh Hannay preferring Matt Moylan and Shaun Johnson as the club’s starting halves in first grade.

Moylan and Johnson have helped conjure four straight wins for the Sharks since being selected as a combination. Chad Townsend has been played reserve grade for the Newtown Jets. Picture: Tim Hunter.
A Cronulla local junior, Townsend’s preference is to finish the season at the Sharks, but not at the cost of finishing in reserve grade with the club that he won a premiership with in 2016.

The Warriors believe the experience and kicking-game of Townsend would be a perfect foil for five-eighth Kodi Nikorima, while also keeping the club’s finals hopes alive.

The Sharks are believed to be weighing-up the approach with the Warriors offering to pay the remainder of Townsend’s salary of around $200,000.
C

We play them in 2 weeks. Oh the irony if he has a blinder