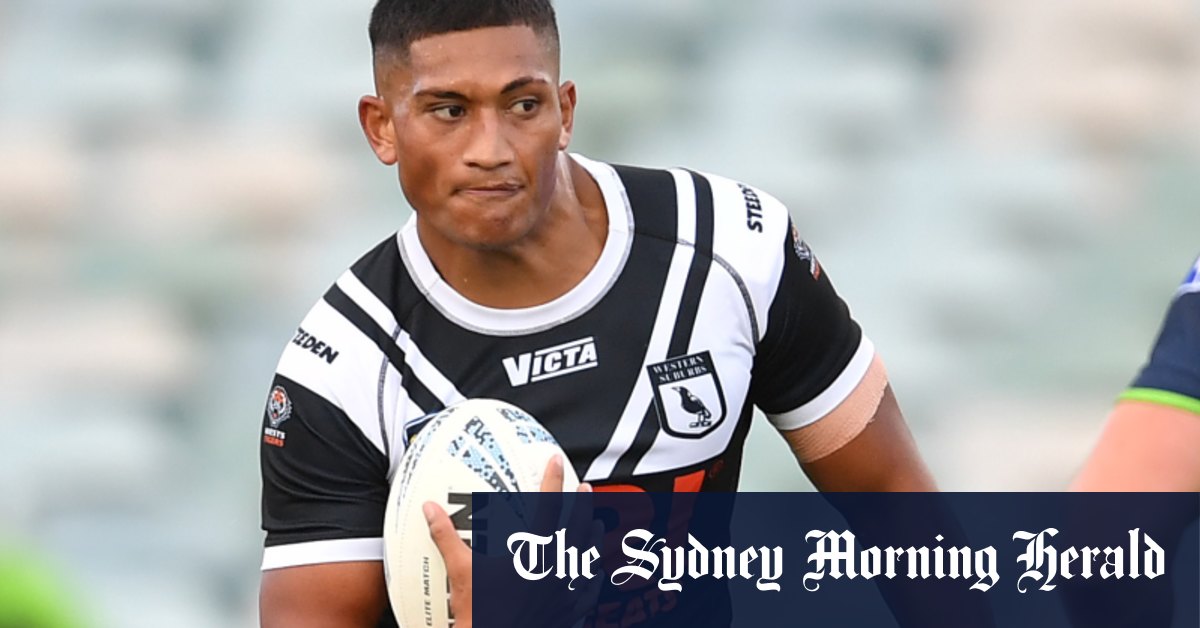 A lower grade footballer for the Wests Tigers has been granted bail after being charged over an incident that allegedly resulted in a gun being fired during a home invasion.

Jock Madden’s manager dropped a big hint to the Dolphins this week and the young halfback helped his cause with an impressive performance at five-eighth on Friday night.

Madden was called into the Tigers’ 17 to replace the injured Luke Brooks and made sure he grabbed the opportunity with both hands.

The 22-year-old, who comes off contract at the end of the season, scored of a chip-and-chase play to ultimately seal the win for his side.

“Cooper Cronk was his hero… the Scone Thoroughbred has scored for the Tigers and maybe his value to a potential suitor, the Dolphins, is going up by the minute,” Fox League commentator Andrew Voss said.

“That was so, so good from Madden,” Cronk added.

“He chipped over the top and got a bounce just like Allan Langer did many years ago… this is a great play. That’s an exclamation point on a very good performance from this young man.”

Madden has made it no secret that he wants to be a starting NRL half but he is stuck behind Luke Brooks and Jackson Hastings at the Tigers.

However, coach Michael Maguire said after the game that he hopes to keep Madden at the Tigers.

“I’m sure when you perform like that a lot of people are looking at you,” he said.

“I really enjoy coaching Jock, he’s doing a really good job for us so I’m sure all that will sort itself out.

“I definitely want to keep him, he’s a good player. He’s the style of player that I like, he’s very thorough in his game.”

Read the full match report & results between Wests Tigers vs Canterbury with all the key moments from their Round 11 Match of the 2022 Premiership Season.

But in reality hes 4th in pecking order now.

He has a great kicking game and seems to be able to organize.

If I were him I would leave for more starting time and wish him all the best.

Over on the Drags site, they are saying the strong rumour is Bird might becoming here?
It’s behind a paywall from the Telegraph, so probably crap, but most (over there) seem happy if it’s correct?

Why the f**k would we sign Bird? Seriously. Hes a more injury probe Peachy at best
D

On the ABC today there was mention that WT have shut the door on Bird after the first approach.

Good. While I reckon Bird might have been handy to fill a hole in the backrow, our club shouldn't let itself get used in bidding wars, whether it's over price or contract length.

Enjoy park footy mate Maybe the parklea pirates will sign him up.

Wouldnt touch Bird or his manager now with a barge pole. Next!!!!!!!!!

Releasing Mikaele means we are a player short of 30 for the end o June deadline. So the club must think we ar signing someone.

Is it going to be Lodge or Hetherington?

Shredder said:
Releasing Mikaele means we are a player short of 30 for the end o June deadline. So the club must think we ar signing someone.

Is it going to be Lodge or Hetherington?
Click to expand...

Maybe it should be expanded to Thompson, Hetherington. Lodge or Dykes?

Or I just read Bird possibly as well.....

Anyone but Lodge. Not suited at all to the faster game, and a terrible influence on the playing group.

BrotherJim05 said:
I'm hearing Thompson may be on the move but his salary is a problem
Click to expand...

Well, we are going to need someone now and into the future, so they gotta sign somebody (obviously), on the Warriors threads, they seemed to have rated Lodge, but hopefully who ever it is, they are reasonable?

Strange that nothing is happening on replacing Mikaele, I mean they let him go immediately, I assumed they had someone lined up to come in?