theres more than half the cap on 8players .
or don’t the WOODEN SPOONERS have a salary cap?

every year Parra get picked apart by the salary cap and can’t sign anyone but the sh!t clubs like the tigers and Dogs can offer every player a million
Click to expand...

$6.375M tied up in the top 8 players (by your numbers)
Salary cap next year to be at least $11.5M (Moses will only get big bucks if it goes up)
That leaves an average of $230K per player for the rest of the 22 players = manageable

Would be interested to see how much cap space is taken up by Moses, D Brown, N Brown, Gutho, RCG, Paulo, Matterson, Lane and Hodgson. I think if you went through most squads more than half their cap would be tied up in the top 8-10 players. Most players outside the top 17 would be on 150k - 200k

Tigerm said:
Plus we upgraded Doueihi to $900k and Staines got $600k, I can’t see any problems?

Not to mention the white elephant! 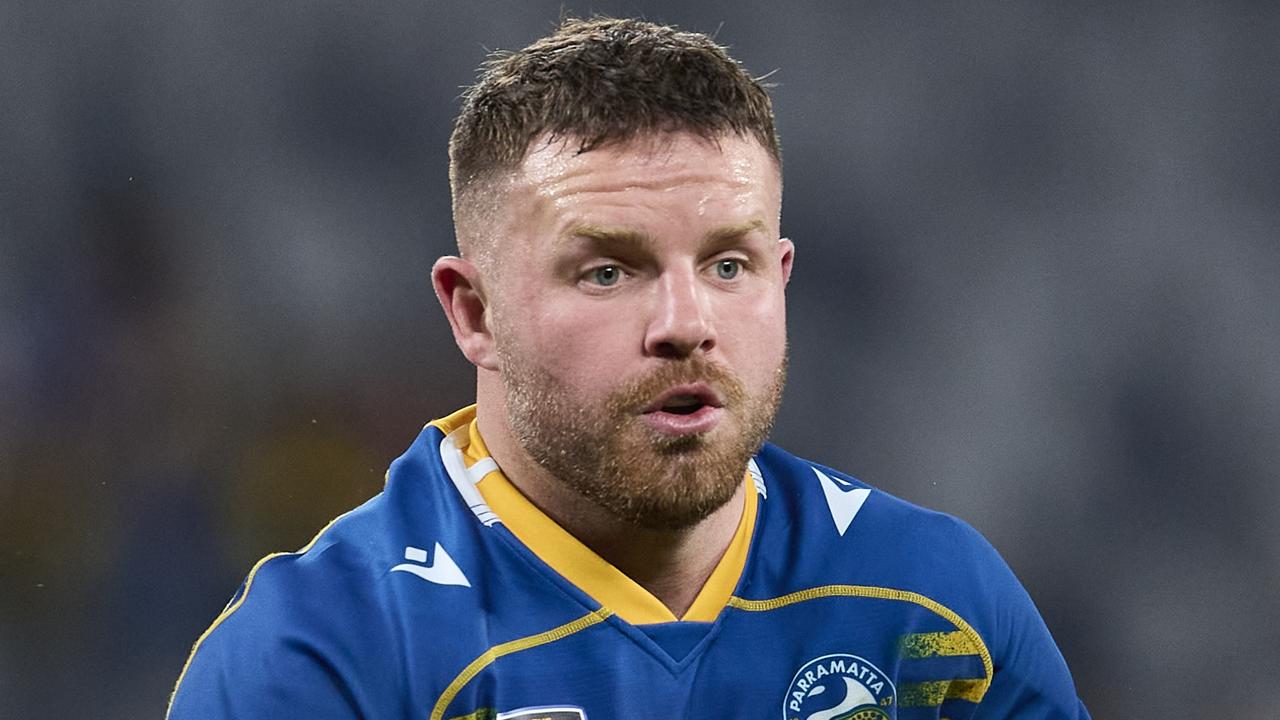 Have the rules changed?
I thought we tried to get him, but couldn't because he was working for another betting mob?
Click to expand...

The NRL finally caught up.

The Silverdale Phantom said:
Not to mention the white elephant!
Click to expand...

They have a cash machine in there as well?

Justin has mentioned a few times that our core focus is the footy and winning.

Well, if this is the program when we are trying, I would hate to think where we would be if we were not trying.

At the moment the club is looking like a rort for the matey mates giving themselves jobs and things.

We pay our board and executives etc top dollar to perform so badly.

But having given up on footy for the snout life, I think the club hierarchy could do a lot more to rip more out of the club and help themselves.

So in the white elephant coe, we should definitely have a pokies and VIP Player gamesroom.

Free drinks for players, spend some cash and set the winning pokie percentage at 55%

Suck in as many players in as possible and once they are addicted, start reducing the % wins over time until it’s at 20% with the odd 30% to keep up appearances.

Then the profits roll in and we can offer large bonuses to the board and executives.

And off set their lost cash in the salary cap

Let’s forget this pretence of footy and just admit that the whole idea of the club is to pay stupid and useless people because they think they are entitled to it.

Cut all the footy out.

We can start our own Wests Tigers credit card rort.

BitTiger digital money and other ways of ripping off heaps of people.

The Bank of Farah!

How much is Benji into the club for?

Would he train and coach for “the love of the club” he speaks of?!!

I say we put him on Centrelink equivalent and see how long he hangs around for.

Das Hassler said:
And believe this...if Madge stayed till the end of the season and THEN got booted most here would fairly ask why wasn't it done earlier to get a headstart on next season?!
Click to expand...

Do you believe we got a head start on season 2023 by sacking Madge?
If so, how?

The Silverdale Phantom said:
While I’m muttering on, young footy mate at work ( ex Panther junior, knows everyone) has just handed down his points score for the Wests Tigers, selected player rankings:

And a big surprise: tuki 7

Total average of players he looked at ( more than the above) he rates 5.6

So on his reasoning by application, no injuries on paper 9th is the highest he thinks we can aspire to.

He thinks Ken can improve his game significantly by bulk handling drills over summer.

He thinks Klem is in the decline phase.

Stay tuned for his recommendations as to player training over the off season, including tailored sessions for individual players. Ie “ how they can fix their game”
Click to expand...

Your mate is a proven deadshit. No wonder he didn’t go on.

stryker said:
Your mate is a proven deadshit. No wonder he didn’t go on.
Click to expand...

He’s very keen on young Tuki, tbh it was a higher score, but I was worried someone would report me.

He also thought Hastings should have been captain last year ( after signing, but before he arrived) just like you.

The rule at the panthers in club training was that you were not allowed to belt first graders in case you actually injured one. So most of the first graders would hurt and niggle the kids without repercussions.

A notable exception was Naden, who refused to be a prick.

He always wanted to belt Matt Dufty, but you don’t have to have played the game to reach that conclusion.

He thought the cows paid too much for Lucy as he’s not a proper 80 minute footballer.
Last edited: Dec 1, 2022

Someone2 said:
Mitch is just stringing the tigers along so they miss out on Bateman

everyone knows Moses is the biggest down hill skier in the comp on the very low chance he goes to the tigers enjoy paying him 1.5mil and being a bottom 4 club for the next 5years
Click to expand...

I was going to post an answer, but I don't know how to spell schadenfreude.

The Rosco said:
I was going to post an answer, but I don't know how to spell schadenfreude.
Click to expand...

Your profile comment “I can’t change ignorant, and I can’t fix stupid” was written for him. Whinge and win, seems to work. Fatherly Christmas for Alex and Joe

It’s beginning to feel a lot like Christmas at Campbelltown Hospital after a visit by Wests Tigers players Joe Ofahengaue and Alex Seyfarth.

All we want for Xmas is a top 8 placing, next season

The Silverdale Phantom said:
Not to mention the white elephant!
Click to expand...

theres more than half the cap on 8players .
or don’t the WOODEN SPOONERS have a salary cap?

every year Parra get picked apart by the salary cap and can’t sign anyone but the sh!t clubs like the tigers and Dogs can offer every player a million
Click to expand...

even if those figures were correct, which they aren’t, every single one is better value then Gutherson at $900k

Whinge and win, seems to work.
Click to expand...

I don’t usually watch it and this makes it less attractive because Latrell is an arrogant tool.

I’d prefer to watch Benji dancing around in his panties.
Last edited: Dec 2, 2022

The Silverdale Phantom said:
I don’t usually watch it and this makes it less attractive because Latrell is an arrogant tool.

I’d prefer to watch Benji dancing around in his panties.
Click to expand...

TBH, the only Tele I watch regular is WT’s games (Kayo) and I gave up on that about mid way through the second half of last season.

I didn’t realise you liked Benji that much?

@Someone2 rhyno . . . Matey, I was just thinking about Parra.
And since you are the biggest Parra fan I know, I'll ask you . . . . . Do you think Mitch is dumping Parra for the mighty mighty WT because you guys are on the big slide, and we are on the way up ?
Think about it . . . Ice Tiger saw the writing on the wall, and bailed early. Apparently, you have lost a few other forwards. Now Moses to us. The window is slammin'.
I dunno, but it looks like your club is shit, and people are starting to see through the sham smokescreen the media has created.
Hang on . . . . does that mean that Gutho might not be a King after all ? !!!
Fine human being, that Mitchell fellow. Just goes about his business without the fuss. Treats his team-mates so respectfully. Goes to Aspen, looks at the mountain and says to himself " I'm skiing up there today "
Good international stock. A local junior that tried the latest craze, but has come back to his happy days.
Last edited: Dec 2, 2022

Moses may indeed be a downhill skier, but my god the man can ski. Anyone who has ever been skiing knows that once you get to the bottom you have to make your way back up - slowly, usually via chairlift.

Parra is on the way down. Mitch has had his fun skiing...it's time to start heading back up the mountain.

If he does come back to WT, I really hope he does an apology video with him by the fireside with some skis in the background. Anyone who can take the piss out of themselves is alright in my books.

Being the WT's the most likely outcome is that we'll thankfully miss out on Moses but completely f**k up the Bateman signing and wind up with nothing.

100% we need to lock Bateman down. Anything that comes after him is a nice to have but Bateman completes our forward pack.