Can you please send me the link.

Eelogical said:
Penrith are favourites, and rightly so. They've set the standard this season even after winning the title last year. We've Jekyll and Hyde'd our way through season 2022 but have somehow managed to make the GF. I wrote the Eels season off after the Tigers loss because I thought and still think that a title team shouldn't lose those sort of games. If we lose I'm going to appreciate Penrith's win rather than bag the Eels for losing. They blue and golds have already achieved more than I expected.
Click to expand...

Gronk said:
It’s a hard no from me.

That looks like a beige and green pile of turds.

It is important that members provide a source to back up any claims. Any posted material without a source (URL or published reference) may be removed. By 'material' we mean any text or image which is posted by members in the forums. The removal of any such material is totally at the discretion of the site owners, Admin and Mods of LeagueUnlimited.

Sourcing material means providing due credit to the ORIGINAL source. If that source has an URL (website) link, then the URL must be included. If no URL is available, then the published reference must be included in the post. Please note that while the member posting the published source is entirely responsible for its validity, the Admin and Mods of LeagueUnlimited may remove any post or source reference at their discretion.

IMPORTANT: Sourcing material with an URL link does not mean putting in a link to a third party website. That is, websites, blogs or forums where the original material has been copied from the original publication. In particular, Wikipedia is open sourced and can be edited by readers, and is therefore not considered a reliable source.

In addition, members are restricted from using another publisher's material for the purpose of advertising their own website or publication. (see Advertising)

Doesn't anyone ever read our rules ? fmd
Click to expand...

Only properly referenced and peer-reviewed forum posts are allowed...

Avenger said:
I knew this would happen. Left my son to buy tickets and it didn’t happen. I’m in Palm Cove holidaying and finding out where it all began for BA. I heard he coached around here.

If anyone knows of anyone with two GF tickets please let me know.
Click to expand...

He coached at Brothers, brother. About 30 min south of where you are.

the phantom menace said:
Only properly referenced and peer-reviewed forum posts are allowed...
Click to expand...

Do you have a source for that Bart?

I am excited for you.

I have much time for Dylan Brown.

Reminds me of Stacey WGHB.

Mr Angry said:
I am excited for you.

I have much time for Dylan Brown.

You remind me of flake and chips!

Gary Gutful said:
He coached at Brothers, brother. About 30 min south of where you are.
Click to expand...

I remember when I was back doing tour work, in between tours they'd put us up at the Colonial Club and I'd head down to the Brothers club for dinner. They use to have a decent buffet. Of course this was 15-17 years ago

Gary Gutful said:
You remind me of flake and chips!
Click to expand...

Best hope the panther does not eat the eel.

Mr Angry said:
Best hope the panther does not eat the eel.
Click to expand...

Panther has been drinking $10 jugs at the Pioneer.

Avenger said:
I’m buying GF tickets every year from now on as soon as they are released and if my team isn’t in it I’ll scalp same like all the opportunistic garbage on eBay.

Hang on, is that even legal ?
Click to expand...

Sure is and that’s very much my logic …. I’m gunna do a Hindy here and say I had a feeling … no seriously there’s something different this year … but anyway buy early and I’d we don’t Make it sell at face value … no risk really

King-Gutho94 said:
I get this sense for some reason the semi from 3 weeks ago felt like a game 2 origin match where we were already up 1-0 up. We played conservative we still had a 2nd chance and Penrith wanted to make a statement having lost there 2 games to us this year.

Yes we wanted to win and competed hard. But it felt something was missing. I am not saying we did a rope-a-dope but I think getting a reminder from Penrith what is required to beat them 3 weeks ago is the perfect tonic for the GF.

As I still felt Penrith would have made the GF anyway if they lost week 1.

We have the belief we have done it before. So it's not like we can't beat them.

So now we reach the decider on neutral turf with more then half of the support.

If the result was reversed 3 weeks ago would people feel more confident we could beat them for the 4th time. Ill probably be thinking unlikely.

But we're here and I think we can do it now.
Click to expand...

Not sure but I reckon we’ve spent all offseason (probably longer) coming up with a plan to beat penriff and storms… they’re the sides that have knocked us out most frequently over the last few years and I’m convinced BA as his brains trust have us as ready and we can be ..

Mark St John from Fox Sports@markdfstjohn
September 27th, 2022 1:28 pm
Brad Arthur has confirmed Nathan Brown will replace Bryce Cartwright on the bench, while Jakob Arthur will hold his place on the pine.
Meanwhile, Eels centre Tom Opacic has reportedly re-tweaked his hamstring during a fitness test, which is set to rule him out of the decider.
The Daily Telegraph reported Arthur has made the tough call to replace Cartwright with Brown for the decider.
“I’m going with ‘Browny’, I think for this game, this is the game that suits him,” Arthur told The Daily Telegraph.

“I’m not one to play games with team selections. It’s the right thing to do for the fans and the players and I’ve spoken to the boys.
“You want to pick them all for a grand final because they have all played a role along the way, but it’s my job as coach.
“I have to do what I think is right and my gut instinct says Nathan Brown is the best thing for the team this week.”
Arthur also defended the selection of son Jake Arthur on the bench.
“On six occasions this year I’ve used 16 players and we have won five times,” Arthur said.
“In those games, we beat Melbourne, Penrith and Canberra with 16 men, so we’re going OK.

“Our 17th player averages less than 10 minutes a game, so why is it such a big deal?
“Jake is there to cover the spine. If ‘Gutho’ (fullback Clint Gutherson), Mitchell Moses or Dylan (Brown) gets injured, Jake is there. “People forget, if Reed Mahoney (hooker) comes off, who goes to dummy half and gives us good service? Jake is better with service than Nathan Brown and Bryce.
“If Jake doesn’t get on the field, well, bad luck, I don’t need him to get on the field then.
“You need your best players on the park and our front-rowers are paid big money to win us games. What’s the point of them sitting on the bench playing 30 minutes?
“I’m entirely comfortable with my selections and I know if we work hard this week, we have the team to beat Penrith.”
Banished Eels forward Brown earns a stunning recall for the grand final after 12 weeks out of the Parramatta side.
And Panthers winger Taylan May is set to be ruled out with a hamstring injury, with his push to come back for the grand final falling short.
The Panthers are also sweating on mystery hand injury to Viliame Kikau. 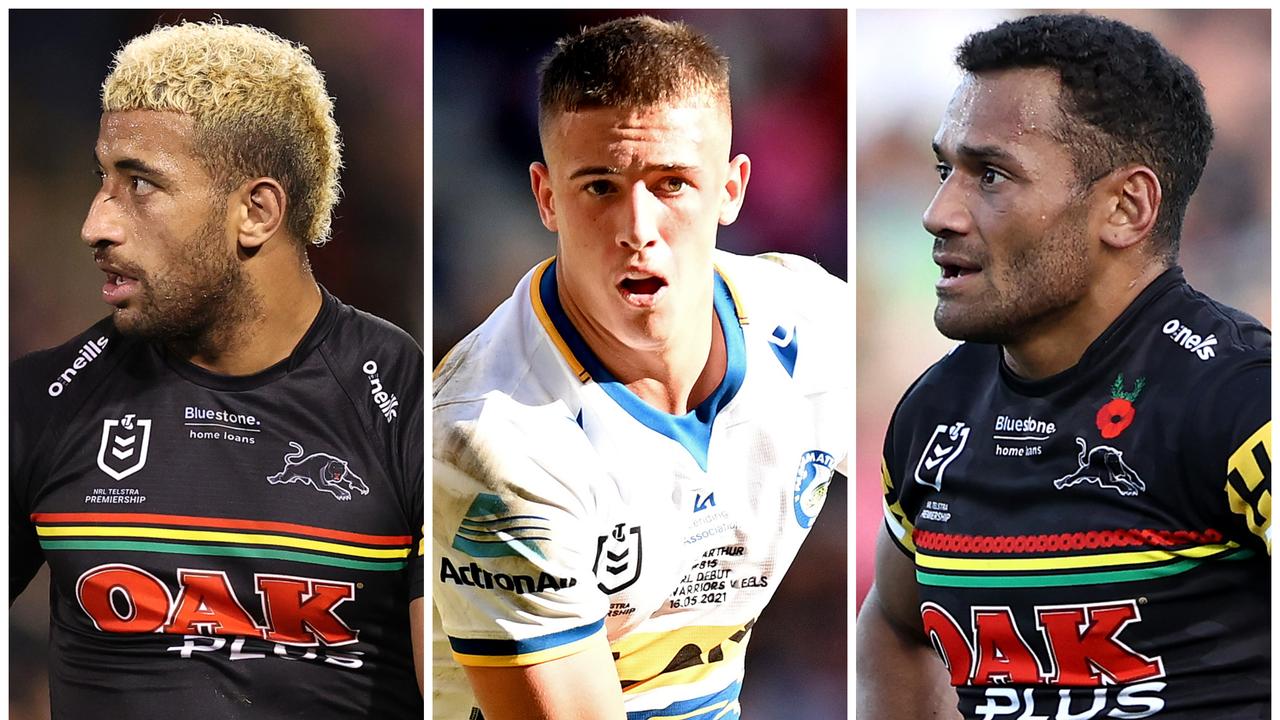 I'm comfortable with Jake on the bench - like Brad said, he can cover the halves, or hooker, if the worst case scenario was to happen.

Can you please send me the link.
Click to expand...

There is 3 seats currently on the Ticketek Marketplace right now

Buy guaranteed tickets for sold out events at a fair price. Sell tickets directly from your Ticketek Account. Safe, Fast and Verified
marketplace.ticketek.com.au

Avenger said:
I knew this would happen. Left my son to buy tickets and it didn’t happen. I’m in Palm Cove holidaying and finding out where it all began for BA. I heard he coached around here.

If anyone knows of anyone with two GF tickets please let me know.
Click to expand...

If you knew why didn't you take control of it?

Gary Gutful said:
You remind me of flake and chips!
Click to expand...