The 'Married... With Children' Reboot Will Be Very Different From The Original


Married... With Children was a surprise hit in the sitcom world.

Writers Ron Leavitt and Michael G. Moye, tired of the predictable, saccharine sweet family sitcoms of the '80s, jumped at the chance to come up with a new spin on a series for the fledgling Fox network.The former Diff’rent Strokes and Laverne & Shirley writers decided to work against every norm.
The story they came up with featured a Chicago-based family, with the working title of Not the Cosbys.
The storylines the writers came up with featured the dysfunctional Bundy family, and constantly pushed the boundaries. Renamed Married... with Children, the series became Fox’s first prime-time show. The show has an impressive 99% average audience score rating on Rotten Tomatoes. It's gone on to be ranked as one of the best sitcoms of all time.
Premiering in 1987, the show ran for an impressive 11 seasons before being canceled. Fans were dismayed when Fox let it go without a proper series finale.


'Married... With Children' Is Being Revived In A Surprising New Format​

Fans were delighted to learn that the former sitcom giant is finally making a return. However, they've been surprised to learn that it’ll be in the form of an animated series. Initial responses from fans have been mixed.
Although fans have been disappointed that they won’t be seeing their favorite actors on the screen, industry insiders say it’s actually the best option for a number of reasons.
Married… with Children ended 25 years ago. With the cast all looking very different, and obviously older, animation will ensure that the characters and the setting will look the same, allowing the story to pick up where season 11 ended, rather than trying to come up with reasons for the difference.

In its quest to move away from the style of other sitcoms of the time, Married... With Children featured lewd and crude, controversial humor. In fact, the series became a hit after an outraged Michigan housewife began a letter-writing campaign about television and decency.
Although some advertisers pulled their ads from the show as a result, the increased publicity around the series thrust it into the limelight and created a massive audience.
However, the style of comedy featured has gone out of fashion, and a reboot with the same type of storylines and dialogue is likely to attract a huge social media backlash.
The format of animation removes that restriction, placing it in the same arena as The Simpsons, South Park, and Family Guy.

Adult animation has grown in popularity, becoming a hot trend in recent years. It’s also become cheaper to produce. In addition, there’s no concern for producers to accommodate stars’ busy schedules.
Good news for fans is that the actors have all agreed to come back and voice their characters.


‘Married with Children’ Made Stars Out Of The Cast​

Ed O'Neill, who played the role of disgruntled shoe salesman Ed Bundy, originally lost out on other TV and film work, because no one would take him seriously. In addition to working on other sitcoms, he went to feature in another hugely successful show — Modern Family —making him one of the actors with the longest-running sitcom careers.
He also made a huge amount of money from the show.

Although Katey Sagal wasn’t the first choice for the role of Peggy, she created one of the most memorable characters in the sitcom genre. Sagal went on to star in another successful show years down the line (Sons of Anarchy) and spent three years on the sitcom 8 Simple Rules.
Christina Applegate played the beautiful but not too sharp Kelly Bundy in the hit sitcom.
Today, she is best known for starring in the Netflix original Dead to Me.
David Faustino played Peg and Ed’s slacker son, Bud. Since the end of Married... With Children, he’s focused on a voice acting career, voicing characters on animated series including Batman Beyond, Johnny Bravo, and The Legend of Korra. In addition, he performs as a rap artist named Lil Gweed (a reference to his Italian heritage).

Fans are looking forward to hearing their favorites, even if they'll be in animated form. Most fans are keen to see how they'll be depicted.
The series is being pitched to both networks and streaming sites. 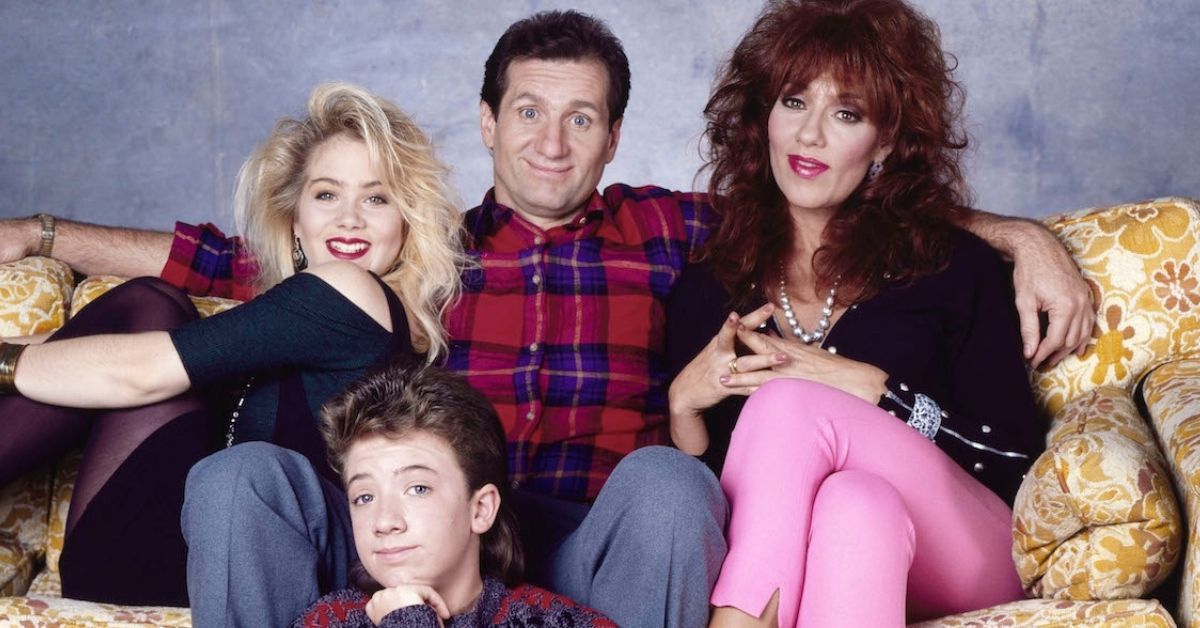 The 'Married... With Children' Reboot Will Be Very Different From The Original (And Fans Are Thrilled)

Fans are excited to finally reconnect with the popular Bundy family, but they've been surprised by the new format.

This was the best write up I could find. Sounds very promising.

Writers could come up with new ideas?

Writers could come up with new ideas?
Click to expand...

I love that show. Have done even before I understood lots of the jokes. But it's gone. You can't say and do a lot of the things on tv today that they did back then. If you santise it for the 2020s world, it loses it's special flavour.

I love that show. Have done even before I understood lots of the jokes. But it's gone. You can't say and do a lot of the things on tv today that they did back then. If you santise it for the 2020s world, it loses it's special flavour.
Click to expand...

What made Married with Children instantly popular back in the day was the fact that it did push back against sanitised American television, and the vanilla sitcoms like The Cosby Show, Diff'rent Strokes, Charles in Charge, Groin Pains etc..

I can see this show fitting into the same space as South Park and Seth MacFarlane shows.