I have got no respect for him did a high shot in the GF that left Arrow concussed and was laughing about it when Arrow was down that’s a low dog act if you ask me. And also mocking us too not humble after the GF he is a disgrace can’t stand him!

Be funny if he goes down early this year won’t it, karma will be coming to him upcoming! Construction on Maroubra’s newest community sporting facility the Heffron Centre is progressing well since work began in September 2021 with demolition and excavation largely complete and work now underway on the building.</p>

The Sydney Roosters can no longer compete against the best teams in the NRL — and there is a long list of reasons why, via PHIL ROTHFIELD. 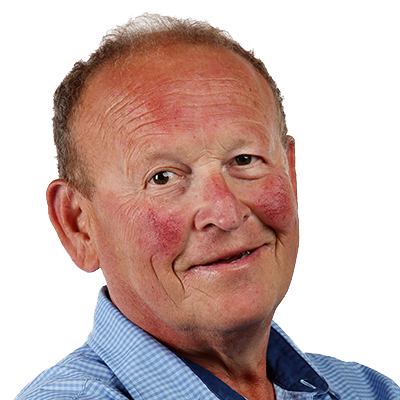 The one thing billionaire chairman Nick Politis and his Sydney Roosters can’t buy is leadership.

And this is why the Roosters can no longer compete with the good sides Penrith, the South Sydney Rabbitohs and Melbourne Storm.

You look at their abysmal record against these three sides since the beginning of 2020 in the post-Cooper Cronk era.

The Roosters have played the Rabbitohs, Panthers and Storm 13 times and won only one of those games.

Their diabolical for-and-against in these matches is 173-404 and they have conceded 31 points per game. The Roosters were well beaten by Souths. Picture: NRL Images

It takes years and hundreds of games of football to build leadership.

You can bring in young guns like Sam Walker and Joseph Suaalii and they’ll show flashes of brilliance but it takes time.

They will have their great moments but you don’t become hardened week-in, week-out consistent footballers overnight.

At the beginning of the year we all tipped the Sydney Roosters to make the top four and possibly win their fourth premiership under Trent Robinson.

Disappointing losses to the Newcastle Knights and the Rabbitohs on Friday night would suggest it’s time to reassess.

The Roosters won’t be winning anything on what we’ve seen.

A poor performance on Friday night at Accor Stadium has highlighted many other issues with this football side. Obviously you don’t win premierships in March and there is enough time for Robinson to turn it around and get his side performing.

They have a reasonable draw against the Cowboys, Broncos, Warriors, Dragons, Bulldogs and Titans in the next six weeks.

Yet on their current form, you wouldn’t be backing them with any confidence.
.

Very interesting stuff this and I love it!! Could be one of the best things that's happened to our game once it comes in. No doubt it will change the game forever!

Does anyone have a list of South Sydney Juniors in our current first grade team??

NovoBunny94 said:
Does anyone have a list of South Sydney Juniors in our current first grade team??
Click to expand...

Yeah, you’ll find it at this site

www.google.com.au
You must log in or register to reply here.