Get Rid of The Donkeys said:
This is straight from the Exeter onionball site that you just cited:

Why you put that up, God knows, but it confirmed my suspicion that you're an onionball troll trying to deceive everyone on here into thinking ruggers is bigger than it really is. You intentionally left out the average viewing audience for each RFU Premiership onionball game because it was more than 30k lower than the ESL's 150k average, which your second link confirmed.

Thank you for confirming that the English Super League is kicking the RFU Premiership's arse in the TV ratings!

Don't take my word for it. Go read the article again and see for yourself.

The weekly total audience for the ESL is 450K, compared to a poultry 358k for the RFU Premiership. The Exeter onionball article confirmed it! 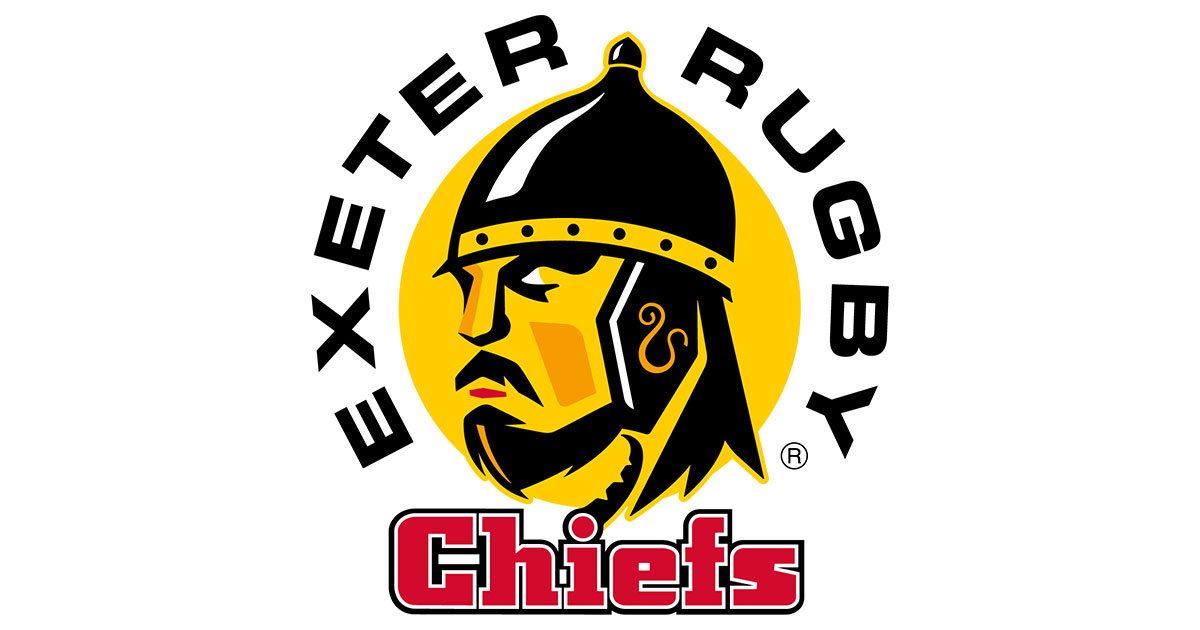 So you confirm that the NRL has a higher average attendance than the French onionball league, yet you think this means the latter has more prestige?

I don't know about you, but I think the NRL wins this hands down. Its average (per game) over 8 games is almost twice as high as RFU Premiership, which only covers three games. Three of those NRL games are simulcast on Ch9. It's harder to maintain an average over 8 games than 3. The fact NRL is doing this in a country that has just 25m people, making it half the size of England, is remarkable.
Click to expand...

Proving the NRL is the premier "rugby" competition in the world.
B

Get Rid of The Donkeys said:
Proving the NRL is the premier "rugby" competition in the world.
Click to expand...

Get Rid of The Donkeys said:
Proving the NRL is the premier "rugby" competition in the world.
Click to expand...

CC final gets 1million viewers on the Beeb. it will be interesting to see how SL does now it is finally on a national FTA channel.

Perth Red said:
CC final gets 1million viewers on the Beeb. it will be interesting to see how SL does now it is finally on a national FTA channel.
Click to expand...

Just goes to show RL isn't as a small and ol' ruggers isn't as prestigious as our onionball friend with the Sea Eagles avatar wants us to believe.

Get Rid of The Donkeys said:
Mate, you're making no sense.

Using the data you supplied, the RFU Premiership has little value in its own country, whereas the NRL in twice as popular.

The RFUP only has three matches broadcast per round, plus a crappy highlights show that draws almost four times as many viewers, FFS!

If it's as prestigious as you're trying to make out then why aren't the networks willing to broadcast more than three games a week and why do people prefer to watch the f**ken highlights?

I never even heard of the RFUP until you brought it up!

Why aren't Optus Sport and the other streaming networks biting at the bit to pick up the broadcast rights for this shit onionball competition if it's more prestigious than the NRL?

Optus pays $100m a year for pommy soccer because it is prestigious.

The NRL has every f**king match broadcast on Foxtel, with three simulcast on FTA, and, it draws twice as many viewers in a country half the size. I think that's proof enough that it's the more prestigious competition. I don't know how many people watch the NRL around the world, but it sure is more popular in its home market than your crappy soap dodger onionball that's played in front of a few buttys and Staffordshire Bull Terriers.

Wasn't he the bloke who reckoned there should be more Sydney clubs in the NRL?

I reckon there should be fewer Sydney clubs.
Click to expand...

It's literally on Stan Sport. You not knowing things doesn't make them not exist.

ReddFelon said:
It's literally on Stan Sport. You not knowing things doesn't make them not exist.
Click to expand...

How much is Stan getting paid by the RFU to screen this unwanted shit?

Get Rid of The Donkeys said:
How much is Stan getting paid by the RFU to screen this unwanted shit?
Click to expand...

Cry more dude. The NRL is an unknown entity on the global stage, it's not even #1 in Australia and Rugby League is a minnow sport internationally (case in point, 2017 world cup final couldn't even fill Suncorp). I like Rugby League just fine, but code wars spastics like yourself are on par with AFL fans who think they rate on any scale outside the domestic market.

I don’t think the government (certainly not the long term planning folks in the civil service) want to build a stadium at Liverpool. The Sydney master plan has decided where the third CBD will be and it’s not Liverpool. It’s the new city of Bradfield out beyond the end of the Leppington branch, on the south-east side of the new Western Sydney airport. *That’s* where the government is happy to offer land, talk funding and public transport.

ReddFelon said:
Cry more dude. The NRL is an unknown entity on the global stage, it's not even #1 in Australia and Rugby League is a minnow sport internationally (case in point, 2017 world cup final couldn't even fill Suncorp). I like Rugby League just fine, but code wars spastics like yourself are on par with AFL fans who think they rate on any scale outside the domestic market.
Click to expand...

It's obvious you've got a chip on your shoulder because the NRL is the larger, richer more prestigious competition.

Whether it be attendances, TV ratings or broadcast deals, the NRL comes out on top as the world's premier club "rugby" competition. You're entitled to love onionball and prefer it over RL. Just don't come on here and tell us that a few small, obscure onionball competitions that receive less money from broadcast rights, draw fewer people through the gates and only rate half as well on TV as the NRL does are some how bigger and more prestigious.

You can ridicule the NRL for not being the largest sporting competition in Australia, but that just shows you're a bitter wanker and need to look at your own game. The RFU Premiership isn't popular at all in England and trails the English Super League in TV ratings, EPL and probably a few other competitions. Super Rugby NZ is a small shit competition that has to pair itself with the almost broke Super Rugby Australia to field a competition that is still smaller and worth less than the NRL. The French competition ain't worth shit and no one outside of the south of France could give a stuff about it.

Don't delude yourself into thinking onionball is a global sport. It ain't. Its popularity is confined to New Zealand, Wales, 4 million whites in South Africa, a few pockets in Argentina, small South Pacific nations, Sri Lanka, Madagascar, Geogia, the south of France and snobs from the south of England. Throughout the rest of the world it is a minority sport. There's a funny scene in the Iron First where one of the rich kids said he was forced to play "rugby" at college, even though no one cares about the game. Sums up onionball well.

I was right about you being an onionball troll.

The NRL website lists the broadcast options for our game around the world. It's available around much of the world on Pay TV and FTA in the South Pacific. Sky Sports UK, ESPN, BeIN Sports and Fox Sports are the main carriers in most markets. It's not hidden away on an obscure streaming service like STAN Sport.

Watch NRL overseas. List of International broadcasters of the NRL as well as access to the Fox Sports Watch NRL product.

Get Rid of The Donkeys said:
Are you and PR against having a team in Perth?

The West Coast Eagles are as big in Perth, if not bigger, than the All Blacks are in NZ. West Coast Pirates will also be competing against the Fremantle Dockers, who have a strong fanbase. I still think there's room for the Pirates to carve out a niche.

NZ2/3 wouldn't be competing with the All Blacks every week. The NRL is the largest and most prestigious club competition in either "rugby" code. People want to see the best, so give NZ a few seats at the table and watch the game grow. Our mission is aided somewhat by Euro RU picking the guts out of the NZRU.
Click to expand...

I think the NRL has started by allowing certain games to be shown on free to air TV also Origin. This is the first time this has happened.

does anyone know if manly will be basing change rooms in there and running out from there, ie like win stadium

Time for Western grandstand to be replaced..
S

Deacon said:
does anyone know if manly will be basing change rooms in there and running out from there, ie like win stadium
Click to expand...

Still should have had a upper deck. Limited seating in that lower deck

Deacon said:
does anyone know if manly will be basing change rooms in there and running out from there, ie like win stadium
Click to expand...

Not sure but it would make sense so they dont need to use that movable cage contraption. Though that's assuming both teams would have changes rooms in there.

Looks good at Brookvale. Still should be an announcement soon regarding the other 3 sides of the stadium. A continuous 2 tiered stand is planned to connect the rest.

T-Boon said:
So the Sydney FC are more associated with this new stadium than the Roosters or any other NRL club.
Is this a snap shot of how the NRL clubs have managed to stay mediocre while all other major sports clubs have thrived in their big cities?
Click to expand...

No. It's more a reflection that the new stadium is due to open, at the earliest, in the last round of the NRL regular season, whereas Sydney FC will be playing their next full season there.

Secondly the Roosters website has had a load of stuff on the new stadium.