You can’t deny the maths, Brisbane by 2
Click to expand...

blaza88z said:
I think the best version of Brisbane will turn up, not sure if that's enough to win us the game.. although earlier in the season the only difference between to two teams was Nathan Cleary's execution in the final 10 minutes
Click to expand...

Panthers needed that game last week for the match fitness being we had not played for 16 days. I expect a fast open game from both sides with only 6 points separating them by HT. Fitness should prove the difference by the hour mark as Penrith draw away with the points free flowing.

Winner of this wins the Pangai Pennant

GongPanther said:
Yep, $100 on the Broncos. That is logical enough for me.
Click to expand...

STORM.99/07 said:
What will the NRL do with Api and his hotel quarantine breach
Click to expand...

If true, sack him. Enough is enough.

The NRL integrity unit is investigating allegations that NSW hooker Apisai Koroisau breached biosecurity protocols by smuggling a woman into the Blues’ bubble during the State of Origin series.
The NSWRL was made aware of the claims on Thursday and immediately alerted the NRL, which will seek to interview Koroisau as part of the probe. The Daily Mail reported the Panthers hooker allegedly snuck a woman into Blues camp the day before the squad shifted to Kingscliff following coronavirus outbreaks in NSW. 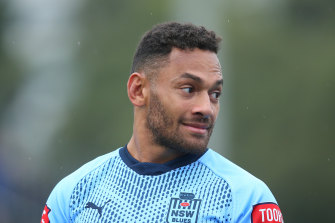 Blues hooker Apisai Koroisau could be in hot water.Credit:Getty
The publication claims he met the woman on a second occasion, on the day of Origin II, when the team was in a biosecurity bubble to prevent exposure to COVID-19.
After serving as the Blues’ 18th man in the first two matches of the series, Koroisau made his debut in the final game from the interchange bench. 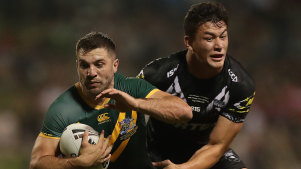 NSWRL chief executive David Trodden said he was “totally unaware” of the claims until contacted on Thursday.

“As soon as we were made aware of the allegations, we immediately referred them to the NRL,” Trodden said. “The NRL are investigating at the moment. We are providing whatever co-operation is required to the NRL so that they can satisfactorily complete their investigations.”

The Panthers were contacted for comment.
The Origin series was rocked by news that Jai Arrow breached biosecurity guidelines by smuggling a woman, described as a “dancer”, into the Maroons’ camp.
Arrow copped a two-match ban, as well as a $35,000 fine, for bringing the woman into the Sheraton Grand Mirage. The QRL board is considering further sanctions against the South Sydney forward, which could include banning him from next year’s interstate series.

The woman at the centre of the Koroisau matter claims the premiership-winning rake gave her “strict” instructions on how to sneak into camp undetected. She claimed Koroisau’s wife was later made aware of their affair, which began after they got in touch via social media.

“I actually started to have little feels for him,” she told the Daily Mail. “He came across like such a sweet nice caring guy who gave me a lot of attention and sweet words. I definitely got sucked in!”

It’s alleged Koroisau met the woman at the Novotel in Homebush on June 20. The team headed to Kingslciff and on June 27, he is said to have proposed a rendezvous at the Sofitel at Brisbane.

It’s alleged they planned to meet again before the final game, but those plans were abandoned following the Arrow incident.

The revelations come at a time when the NRL is spending $12-$15 million per month to relocate the competition to Queensland in a bid to keep it going. The governing body has shown it has no tolerance for players breaching the bubble, as evidenced by the sanctions handed down to the Dragons players who attended Paul Vaughan’s BBQ.

Vaughan copped an eight-game ban and a $50,000 fine, although the Red V went a step further and sacked him, given it was his third behavioural strike. 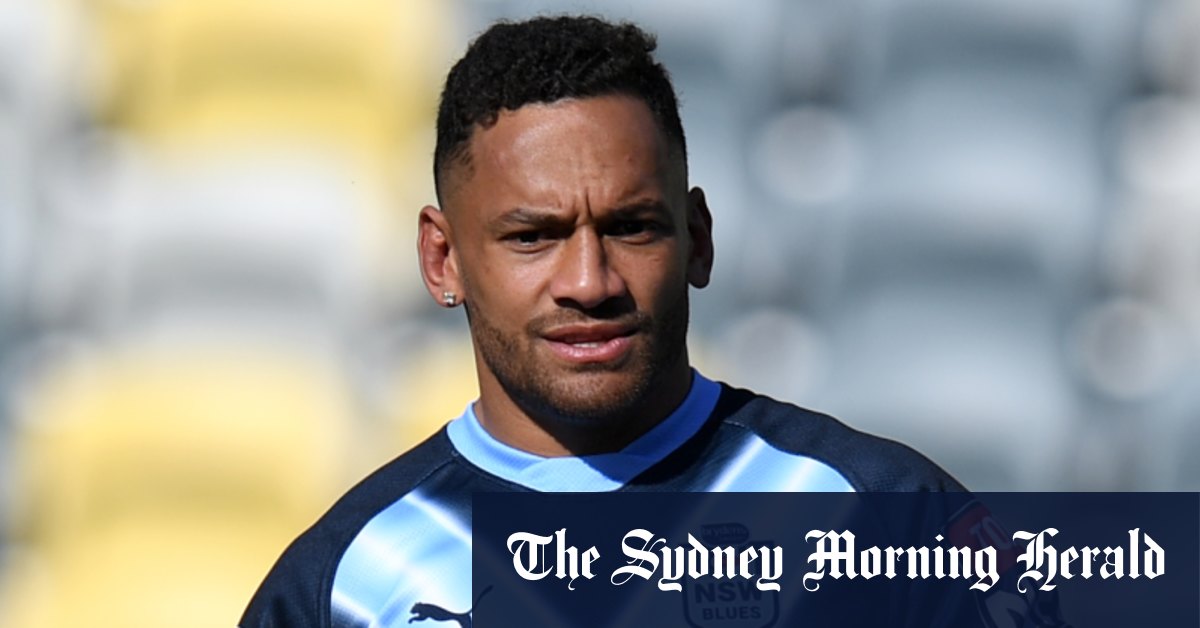 The integrity unit is investigating allegations the NSW hooker breached biosecurity protocols by smuggling a woman into the Blues’ bubble.

You can’t deny the maths, Brisbane by 2
Click to expand...

Must be some side, dem Tigers. I guess thats why they made a TV show about them.

Watching the cringe promo just reminded me of a fun fact.
The Broncos won as many grand finals in the 90's as the Dragons lost.

I was hoping Tago would come onto the bench.

What better way to prepare for a Broncos clash than a Matt Nable monologue master-class.

Alex Glenn with a moe and a goatee looks like a butler in a murder mystery theatre play.

You have my deepest and sincere sympathies.
Just remember in bad times there always people balder than you.

Me this entire game: