9 nations, 71 tests across 27 test series since August 2019, it all comes down to this to announce the test champs.

I have no issues with that. Will be deserved who ever wins it

Interesting Bookies have India as favorites. I'm putting some on NZ, they are specials 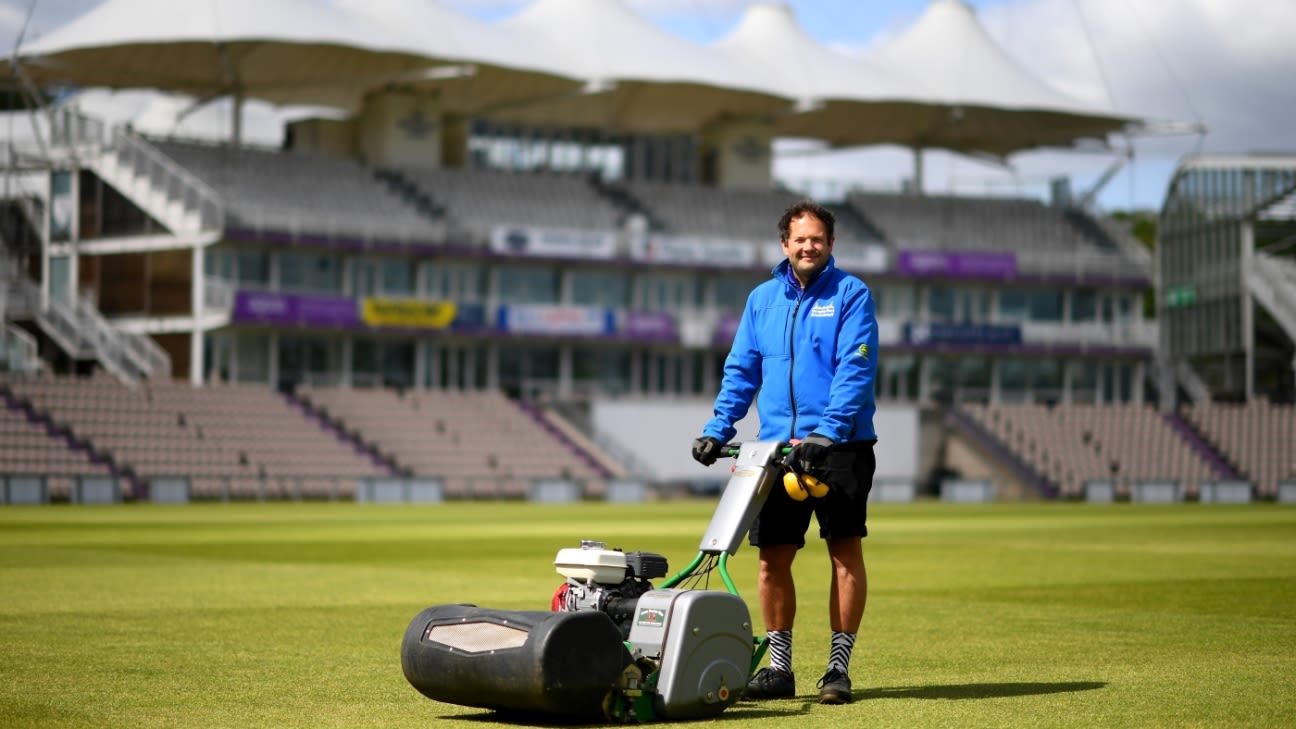 As Lee lapped the ground which will host the inaugural World Test Championship final from June 18, India head coach Ravi Shastri asked him who it was running alongside him. His name is Winston, Lee told Shastri. Winston is a redhead cocker spaniel, under three years old and, as Lee says, "a people dog".

"Me and Winston normally do a lap of the main ground before work, so I can check on everything before we start the day, and the India team saw him from their hotel room balconies while they were in quarantine on arrival to the UK," Lee tells ESPNcricinfo. "He was getting whistles from some of them and Ravi Shastri called down and asked what his name was. Over the next couple of mornings you could hear 'Winston' being called out, which was pretty cool."

Winston can be a happy distraction, but the pitch that Lee prepares will be the centrepiece for the marquee event that will pit the top two teams in Test cricket - New Zealand and India - against each other. Lee admits it is a big challenge, but he is up for it.

"Having the WTC final here at the Ageas Bowl is pretty massive, obviously without the current world situation with the pandemic, it wouldn't have been here, so I feel lucky to have the chance to produce a pitch for potentially the biggest game of Test cricket ever staged. It's a huge opportunity."

Lee spent nearly two decades at Somerset, till late 2019, where he climbed the ranks from an apprentice to the head groundsman. During his time there, Lee won the ECB's Groundsman of the Year for one-day cricket three times. Attracted by the challenge of making pitches for international cricket, he accepted the Hampshire opportunity.

Lee was immediately presented with a lot of work. Despite the challenges of the pandemic, the ECB had endeavoured to host West Indies, Pakistan and Australia during the 2020 summer and Southampton, which has an on-site hotel, hosted three Tests, three ODIS and three T20s. While the last two Tests of the Pakistan series ended in a draw, the first one the ground hosted was a thriller clinched by West Indies on the fifth afternoon, after the first day was rained out.

"That first Test pitch for England vs West Indies last July was my first real pitch I prepared on the square here, it was a complete leap into the unknown, as I simply didn't know how the square would react to my preparation methods," Lee says. While Taunton was like, in his own words, the "back of my hand", Lee was working out the little quirks at the Ageas Bowl during the winter before he and his deputy Tom Cowley started talking about making pitches for the 2020 season.

Lee says one advantage was both the loam (ground soil) as well as the climate in Taunton and Southampton - both are in southern England - are similar. But he had to learn to make these pitches and adapt to the new conditions during the international series.

"Throughout last summer I was learning so much in a really intense period, all in the public eye on TV with all the pressures that can bring, and no room for errors. That first Test was a little nervous in the build-up, but once it started, I loved It and it quickly becomes a very normal thing to do."

Lee says that it was late last year when both he and Cowley "privately" spoke about the potential of Southampton hosting the WTC final. But it was only at the end of May that the pair started to roll out practice pitches in the nursery ground outside of the main ground.

"You can't rush anything when it comes to the work of pitch preparation - that didn't start until the end of May, after some very wet weather moved away from the UK, when we started getting the practice pitches rolled out on the nursey ground for India. And the Test pitch has been started a little time after that as you like to not over-prepare it, getting it ready just in time would be ideal."

While India have lost both the Tests they have played at the venue (2014 and 2018), New Zealand will be playing their maiden Test in Southampton.

"Pitch preparation for this Test is a little simpler as we are a neutral venue, we are guided by the ICC, but we all want is a good pitch that offers an even contest between the teams."

India believe the World Test Championship should be decided in a best-of-three series, a fitting finale after two years of hard work around the world. The inaugural WTC final is a one-off Test between India and New Zealand, for which India left for England on June 2. Coach Ravi Shastri said he could understand the constraints of a busy calendar, but hoped the final going forward will be a three-Test series.

"Ideally, in the long run, if they want to persist with the Test Championship, a best-of-three final will be ideal. As a culmination of two-and-a-half years of cricket around the globe. Going forward, best of three will be ideal, but we have got to finish it as quickly as possible because the FTP will start all over again."

Shastri, however, said this match was the "biggest". "It's the first time you have a Test Championship final," Shastri said. "When you look at that and the magnitude of the game that is going to be played, I think this is the biggest. If not the biggest ever. Because it is the toughest format of the game. It is a format that tests you. It has not happened over three days, or three months. It has happened over two years. Where teams have played each other around the world and earned their stripes to play the final. So it is one heck of an event."

Captain Virat Kohli agreed with his coach. "This holds a lot of value," he said. "Especially this being the first of its kind. And in the toughest format. All of us take a lot of pride in playing Test cricket and the way we have progressed as a side is an example of what Test cricket means to us. For all of us as a unit, those who have been part of the Test side for many years, this is like the accumulation of all the hard work time of not just the duration of the championship but the last five-six years. Since the time we started coming up the ranks and building up a side. We are very very happy to play the final."
J

Obviously lots of money will go on India, but that's just populations and nobody rating NZ... we're actually really good, and atm justifiably the #1 test side, and English conditions similar to ours... but we do have a habit of not winning the really big ones... time to change that... two pretty good performances in England already, weather might be a factor given it's in England? Cost us a chance of winning the first test already

If India lose the final will be played in India for the next 674 billion years.
J

I'll be really interested in whether the wicket looks like an English one, or is already relatively dry and barren

no, but Indians do

This deck will be flatter than Adam Lyth’s head.
J

Wee Tim thinks India got dis... must burn to have missed out

Wee Tim thinks India got dis... must burn to have missed out
Click to expand...

Tim trying to deflect away his woeful captaincy. Or angling for a cushy job in India post retirement. Or both.
J

AlwaysGreen said:
Tim trying to deflect away his woeful captaincy. Or angling for a cushy job in India post retirement. Or both.
Click to expand...

and just doesn't rate us... to be fair, I can see why given our last series there

India tend to take a Test or two to acclimatise, while NZ are already used to the conditions which aren't that much different to home anyway. I think NZ might get this.
J

The weather is supposed to be horrible a few days before the game including the chance of flash flooding. Would expect a green top if so. 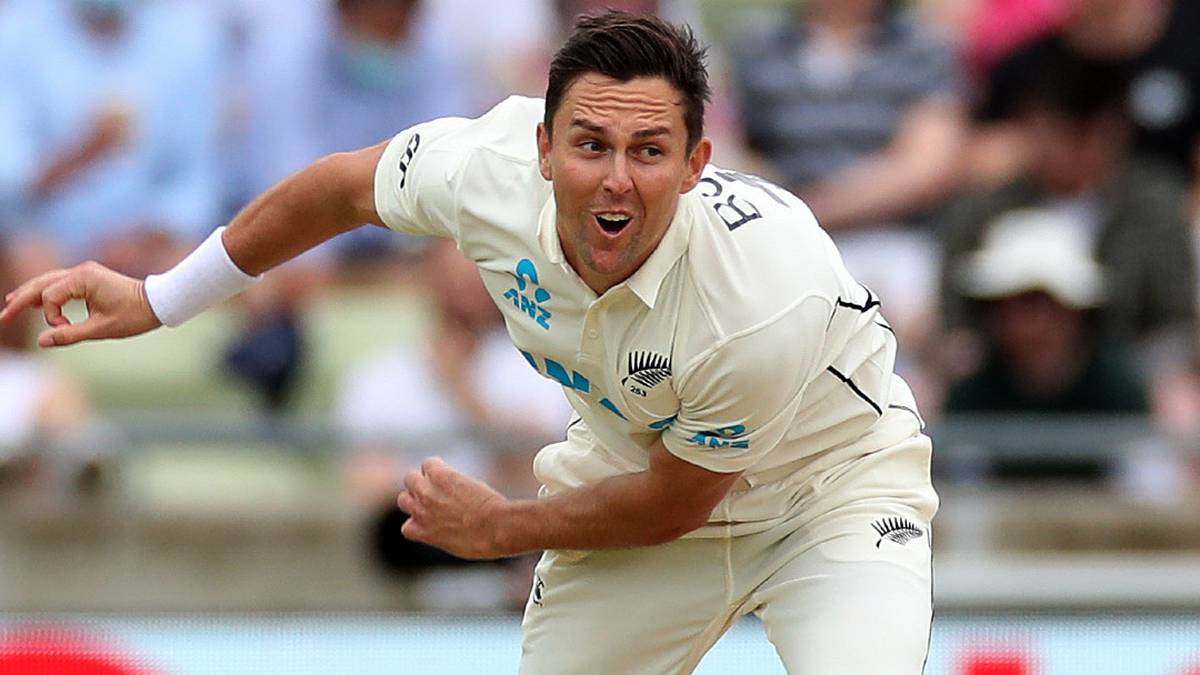 A chance of flooding and hail may create tricky pitch conditions on day one.

Also in regards to India saying that it should be a best of 3 series, If the ICC decide to do that, I think it should be 1 home game each for the first 2 games and if there is a decider, the third game should be played at a neutral venue.

C’mon New Zealand. Don’t shit the bed like you do when you play against us.

That weather forecast should give the Kiwis a boost.

Twizzle said:
That weather forecast should give the Kiwis a boost.

I really dont think too many people will be cheering India on
Click to expand...

yeh, I sort of meant us good guys

I love every kiwi, All of you all, especially Stacey.

Kane is up there, f**k the poms, go kiwis

My gut feeling is that this maybe the last time we see Ross Taylor.

The way he looked in that second test he started getting his offside game going and he was getting aggressive.

I reckon he’s on the verge of going big... and I think he will relish taking on the Indian spinner’s when he’s in that aggressive mindset.

All the talk about our batting has centred around Williamson and now Conway but I think Roscoe might see this as his opportunity to go out there and play the big hero and go out as one of our greatest.
You must log in or register to reply here.