Well Bellyache can go f**k himself now that he’s decided to stay down there. A very slight pardon is given for steering Nicho and Dale in our direction though.

Never burn your bridges "2012". If he has steered some in our direction, then if the opportunity arises he may be in the mood to sending one or two more over time.

He nearly did come to Cronulla LOL

“I was unfortunately never coached by Jack but when he was at Cronulla he offered me a contract to go there as a player,” Bellamy told The Sun-Herald.
“The stories you hear about Jack and how dry he was – he was a man of few words – well, the couple of phone calls I had with him, he was exactly that.

“I was living in Queanbeyan at the time and with the Raiders. Jack was like god then. He rang me up, and around that time players were ringing each other up and pretending to be somebody else.
“So Jack rang and said, ‘is Craig Bellamy there?’
“I said, ‘yeah, this is Craig’, and he said, ‘this is Jack Gibson’.
“I said, ‘no, really, who is it?’, then hung up on Jack thinking he was one of my teammates. He then rang 10 minutes later and said, ‘hey, Craig, before you hang up again, this is Jack Gibson’.
“I was that embarrassed. I had got done by one of the boys on a Sunday and Jack called on the Tuesday. Fortunately, he took it in good spirits.”

Bellamy passed on Gibson’s offer because he was happy in the nation’s capital, playing good football and enjoying being coached by Don Furner.
Now Bellamy is 80 minutes away from joining Gibson as the only coach of a side in the history of top-grade Australian rugby league to win 19 in a row. It is a remarkable effort. 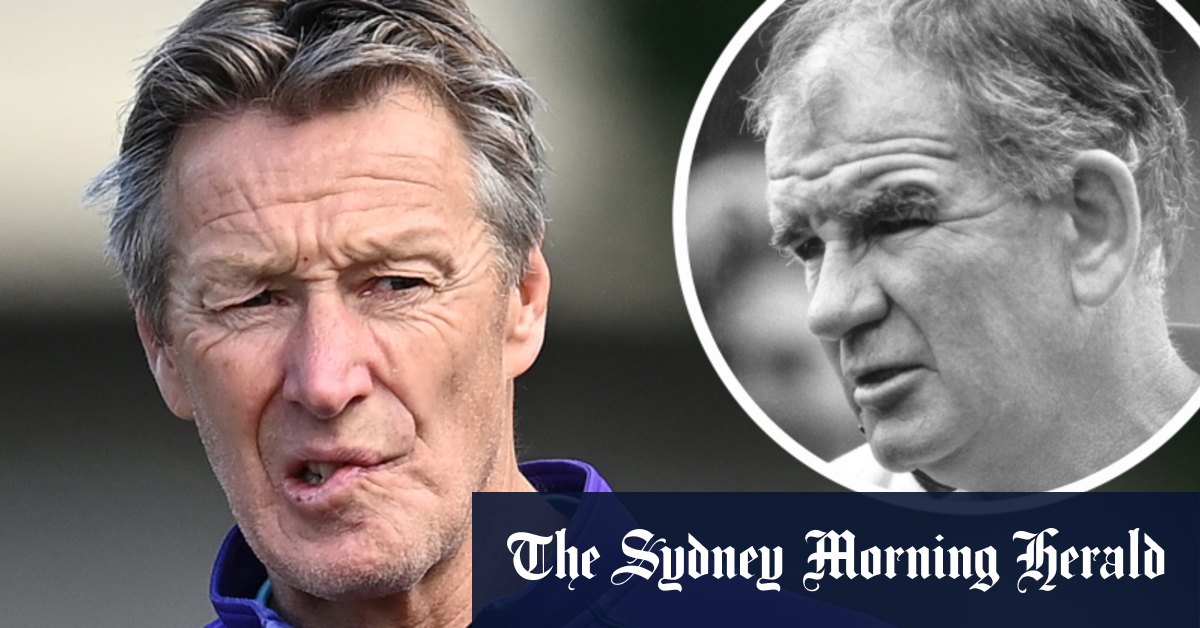 As Melbourne prepare to draw level with the Australian first-grade record of 19 straight wins, Craig Bellamy recalled a funny call from Jack Gibson in the 1980s.

www.smh.com.au
You must log in or register to reply here.