Eels in the media

King-Gutho94 said:
Yeah i agree though sometimes i feel these things can be overthought. Hopefully it's an edge.

Just goes to show what a dickhead paul kent is. During our slump he mentioned how the club had a forced a mind coach onto BA to improve his mindfulness which was ridiculous in his view.

I thought the story was that BA had been told to work on his own mindfulness, which they seemed to think was silly. Maybe it was about the team's mental preparation.

Avenger said:
If you have past your limit to free view. Open it up on in a chrome browser using the incognito mode.
Click to expand...

well that certainly didn't come from the Murdoch media

Parramatta have engaged a mental skills coach in the belief he could provide the edge required to help the team finally push deep into a finals series.

When the Eels dropped out of last year’s play-offs in straight sets, a club review found the side was as well prepared physically as any of their opponents. However, to trouble the heavyweights in the big matches, it was felt the mental side of the game needed to be addressed.

To that end, the club employed Andrew May, the former physical performance manager for both the NSW and Australian cricket teams, as its mental skills coach. While head coach Brad Arthur and consultant Andrew Johns grab most of the headlines when it comes to the Eels’ brains trust, May is the anonymous figure behind the scenes who could prove the difference during the playoffs.
May is a former middle-distance runner who then transitioned into a mentoring role which began when he took up a coaching post at the Australian Institute of Sport in Tasmania. Since then, he has set up his own business, where he has worked with multiple Olympic and international athletes in sports including track and field, tennis, swimming, hockey, basketball, cricket and AFL.

The Eels engaged May, who is exploring a PHD on optimising the brain and body in high-pressure-moments, to help the staff and players execute at their best during the big moments late in the season.
“‘Maysey’ has been really good in joining the dots between on-field and off-field performance,” said Parramatta back-rower Ryan Matterson, who has been recalled to the side for Saturday’s sudden-death clash with Penrith.

“As you know, everyone does a pre-season, everyone trains the same, basically everyone runs themselves into the ground physically. It’s that mental capacity that you need to dabble in to get an edge on the opposition.

“He’s dabbled in mental health and mental skills, knowing the tip of the iceberg is what people see; it’s underneath that people have to unlock. He witnessed that first-hand as an athlete.

“When he comes to training, when we were in Sydney, it’s not about being positive or negative, it’s about being neutral. So you’re not sitting on an emotional rollercoaster, you’re level-headed and calm when you take on the next task.”

Mindfulness plays a big part of Matterson’s preparation and the Eels forward said he was receptive to May’s input.

“He tries to relate it as best he can to our performance on the field and what we think we need help with,” Matterson explained.

“He does a lot of that stuff with Brad behind closed doors, then Brad comes up with a plan for the week, depending on what week it is, and we’ll be doing different exercises.

“It’s more of an open chat; we put it out to the floor and if everyone wants to have a bit of a yarn. It’s been open and non-judgemental, which is good. There have been times when we’ve really needed it.”

Parramatta hooker Joey Lussick said May had given the club a fresh perspective in its pursuit of premiership success.

“He’s just bringing another perspective, trying to keep everyone level-headed and not get too upset, not get too carried away when things go right or wrong.

“It’s been good, another way of doing things. When things get bad or good, it’s about bringing yourself back.” 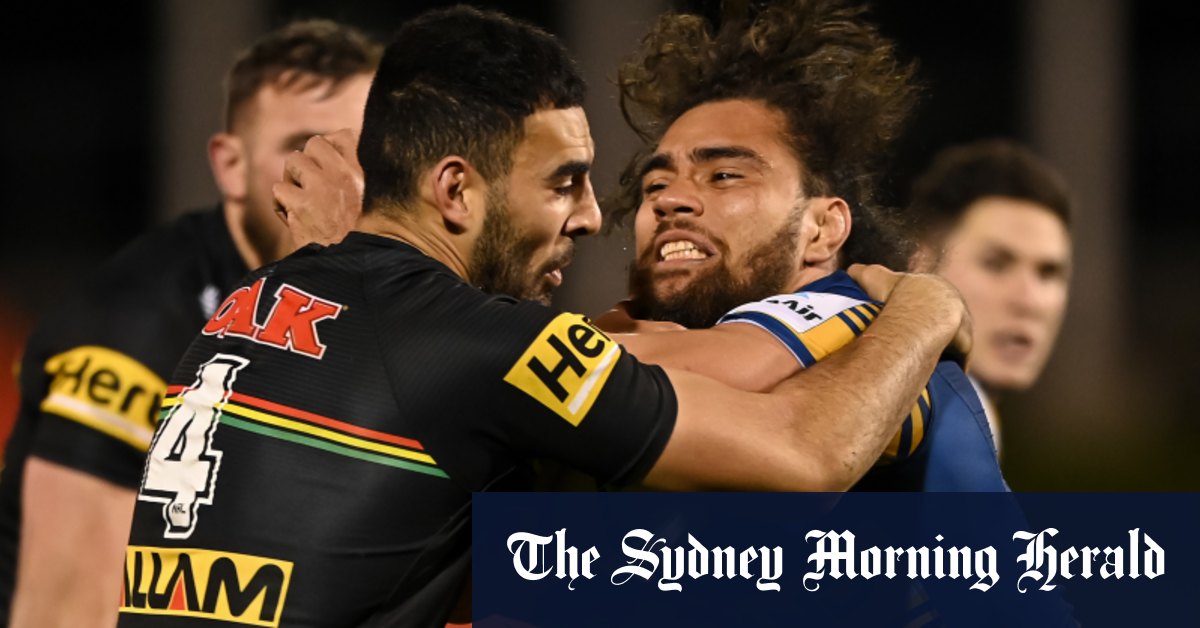 Parramatta’s Isaiah Papali’i says belief is high within the Eels camp and they can’t let the Panthers dictate proceedings in their knockout semi-final.

Parramatta firebrand Isaiah Papali’i believes the Eels have the weapons to “rattle the cage” of Penrith as the great western Sydney rivals fight for their respective seasons on Saturday night in Mackay.

After South Sydney punctured the long-held theory that this year’s premiership was a race in two when they stung the Panthers last weekend, Parramatta are gearing up to repeat the dose after they progressed via a win over the Knights.

Panthers half Nathan Cleary promised after the upset loss that his side wouldn’t backtrack on the systems and attacking style that had served them so well over the past two seasons. And with fullback Dylan Edwards returning with his multi-layered game, Penrith will go on as heavy favourites to set up a date with the Melbourne Storm in the preliminary final.
But Papali’i watched the way Souths went about their business with interest as the Panthers were confronted head-on through the middle of the field and swamped with rushing defence on the edges. That’s the sort of aggressive style the Eels should bring through the likes of Regan Campbell-Gillard, Junior Paulo and Papali’i from the interchange ranks.

“You’ve got to take it to them and rattle the cage a bit. They’re a bit of a silky side and play very nice football, so you have to be aggressive and put them off their game,” Papali’i said. “It starts up front and I’m sure the starting middles from both sides will do their part. I’m looking forward to contributing.”

The 22-year-old has been a terrific hire for the Eels in 2021 after he made his way from the Warriors. He’s averaged almost 150 metres per game and provided some power running when used from the bench after taking what he described as a ‘leap of faith’ in joining the blue and gold.

He said he has grown up immensely this season at the Eels and had made a vow not to waste another moment and make it count after moving away from the comfort of his family and friends.

“It’s just understanding the sacrifice of coming here and also just knowing that I could have done better throughout my years at the Warriors and knowing that it led to me having to leave to figure out that I wasn’t preparing the best way I could,” Papali’i said.


I know that’s not the right thing, this is the right thing to do. It became black and white for me. I guess I’ve just matured. I was very uncomfortable leaving my family so I want to make sure that was all worth it.
https://www.smh.com.au/sport/nrl/mr...orse-than-junior-paulo-s-20210915-p58rvp.html
“I want to make them all proud back home and show to them I’ve made the most of the leap of faith.”

Belief is infectious at this time of year and Papali’i insists there is no shortage in the Eels camp as they try to knock the Panthers out of the running in straight sets.

“We felt like Souths had that same kind of mentality. They got on top of them. They can be beaten. We just have to go out and believe and do it.”

That was good to watch, dude is a champion!!

Joshuatheeel said:
That was good to watch, dude is a champion!!
Click to expand...

Loved it. To many footy is much more than "just a game". More power to the Pauly's of this world. Excellent.

Gazzamatta said:
Loved it. To many footy is much more than "just a game". More power to the Pauly's of this world. Excellent.
Click to expand...

Whom the f**k are you merkins talking about?

Poupou Escobar said:
Whom the f**k are you merkins talking about?
Click to expand... 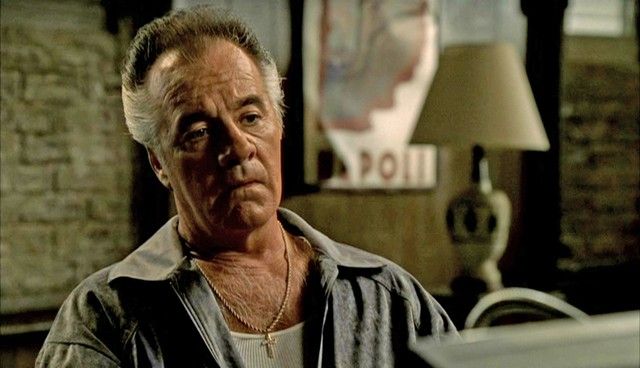 Not that there’s anything wrong with that.

I was there, were you ? 65,000 merkins sardined into the SCG. GA seats meant you’d get to the Bradman Stand gates at 2am. 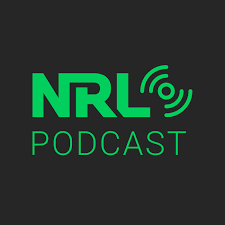 The NRL.com crew of Chris Kennedy, Kenny Scott and Dan Walsh unwrap a stunning weekend of semi-finals, including the match of the year between the Panthers and Eels.