there are a few members here, not to mention all the lurkers

Old guard pushes to block administrator's board at Parramatta Leagues

An old-guard of Parramatta Leagues Club members including local politicians and property players are pushing to re-install an elected board to control the club, against the wishes of its government-appointed administrator.

Administrator Max Donnelly, who was appointed by the Independent Liquor and Gaming Authority to administrate the conflict-riven leagues club in mid 2016, says he is looking for an opportunity to return control of the club, which provides support for the Parramatta Eels NRL team, to members.

But with the leagues club considering a $150 million investment in a new hotel complex adjacent to the $300 million Western Sydney Stadium redevelopment, Mr Donnelly wants to first appoint a new board which would, over time, be progressively voted on by members.

Last month, however, a petition organised by prominent club members, argued that the first board should be selected by members.

The four organisers of the petition were: Tony Labbozzetta, a former chairman of the Marconi Club; Tony Beuk, a one-time ALP employee and former Liverpool councillor who is also a director of the Sydney Dragway; Cumberland councillor and former Parramatta mayor Paul Garrard, and Jude Findlay, an associate of former Parramatta Leagues chairman Roy Spagnolo.

Signatures to the petition included the mayor of Parramatta, Andrew Wilson, and deputy mayor, Michelle Garrard, as well as a number of prominent figures in the property industry, such as Ray Khattar and others associated with developer Dyldam, builder Rony Wardan, and developer Vince Lombardo. 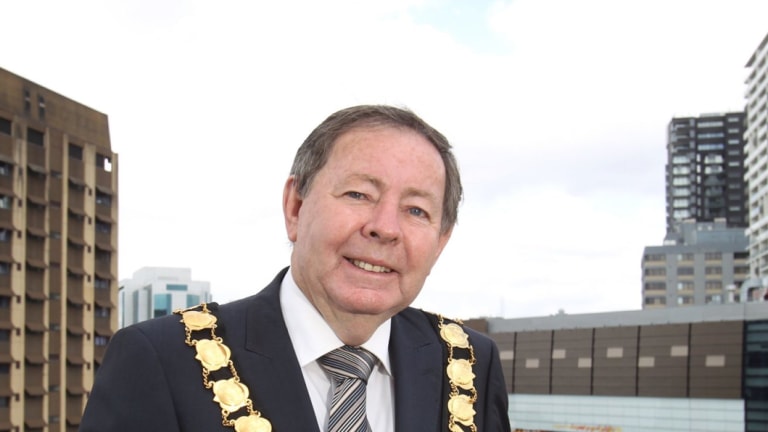 
The petitioners support Mr Donnelly’s constitution but for two differences. They do not want a ‘nominations committee’ to vet candidates for the board of the leagues club. And they want to be able to vote on the first board to take Mr Donnelly’s place.

Under Mr Donnelly’s plan, he would select an initial board, two members of which would be up for re-election by general members every year.

“Trying to elect seven at a time is what created factions,” Mr Donnelly said.

The administrator said he did not understand why petitioners did not want a nominations committee.

“Why wouldn't you want the most high-skilled board that you can have?” he said.

“The days of having Parramatta Leagues Club, which turns over $800m a year or something, being run by plumbers doesn’t make sense to me in this day and age.”

The organisers and supporters of the petition said they objected to Mr Donnelly’s proposal to select a board for democratic reasons.

“It just comes back to how you handle the first board,” said Cr Garrard of Cumberland Council. “You are going to always get factions – it doesn’t matter if you have a tuckshop or a club.”

The club’s former chairman, Roy Spagnolo, said it was a “long bow to draw” that he associates with the organisers of the petition, but also that he was aware of the petition and supported it.

“I think Max has done a wonderful job while he's there, I just think it should now go back to the members,” Mr Spagnolo said.

The club’s chief executive, Bevan Paul, said he supported Mr Donnelly’s proposal to appoint an independent board, in particular in the context of the looming development.

“Suppliers and contractors interested in the hotel development, they will be seeking avenues to gain advantage when it comes to tendering,” Mr Paul said.

“So the oversight of the development will require a board that’s completely devoid of any real, perceived or potential conflicts of interest.

“I think that any conflicts of interest, which have been a problem in the past, can either slow that down or compromise it in some other way.”

The petition will be voted on at the leagues club’s AGM in February.

Parramatta mayor Andrew Wilson said: "It is my firm philosophical position that democracy is my default position. I respect others who may have different views."

It’s amazing that the only one I trust to do anything solely for the clubs benefit is the guy who doesn’t claim to be a club fan. Or even wants to be there

84 Baby said:
It’s amazing that the only one I trust to do anything solely for the clubs benefit is the guy who doesn’t claim to be a club fan. Or even wants to be there
Click to expand...

Yet there are still merkins around the traps (on this site too) who sledge Max. The alternative is Spags.

Max's board would all be penny pinchers

We'd have a members elected board by now if they had voted to change the constitution at the first vote. These people do not care about the club at all, they are in it for their self-interests.

84 Baby said:
It’s amazing that the only one I trust to do anything solely for the clubs benefit is the guy who doesn’t claim to be a club fan. Or even wants to be there
Click to expand...

It says plenty about the imbeciles who have been involved and who want to get involved. None of them wants what’s best for the club and team.

This sort of stuff depresses me more than our performances on the field.

Will we ever get our shit together and be a properly run club?

Gary Gutful said:
This sort of stuff depresses me more than our performances on the field.

Will we ever get our shit together and be a properly run club?
Click to expand...

It's only member apathy that's holding the club back. Admin need to hold the next election on game day. Maybe that will generate more tthan a few hundred votes.

Gronk said:
It's only member apathy that's holding the club back. Admin need to hold the next election on game day. Maybe that will generate more tthan a few hundred votes.
Click to expand...

I'll admit I'm part of the problem there. But to those voting against reform, this is essentially who you are voting for:

A separate investigation in 1995 into Soccer Australia, of which he was head, by the former National Crime Authority head Donald Stewart recommended that Mr Labbozzetta be banned for life from holding any office in any sporting organisation. This was overturned.

Edit - he does have connections to Spagnolo and others, but that said it's not like that mob haven't had sudden and dramatic falling outs with other members

so bans get lifted if you join certain clubs

The Roosters are set to add former Parramatta coach Daniel Anderson to their brains trust after convincing the NRL he deserves to return to the game following his deregistration for his role in the Eels’ salary cap scandal.

The development comes as Joe Kelly makes his comeback to the tri-colours as chief executive after serving his 12-month suspension relating to Manly’s salary cap saga.

The Herald can reveal the premiers are restructuring their front office ahead of their premiership defence and have identified Anderson as the best fit as their new recruitment guru. The former New Zealand national coach is likely to also have a role in the club’s pathway and development programs as part of the new position.

Before his appointment could be ratified, the Roosters and Anderson had to convince the NRL that he was a fit and proper person befitting registration. The club has cleared that hurdle after extensive dialogue with the NRL’s integrity unit. An NRL spokesman said Anderson had been approved to join the Roosters – with some restrictions on his role – after two years out of the game.

Anderson is considered one of the game’s most astute tacticians. He earned Dally M coach-of-the-year honours after guiding the Warriors to the 2002 decider and also had success with the clipboard in the United Kingdom, prompting St Helens chairman Eamonn McManus to hail him the greatest coach in the club's history.

Anderson took Parramatta to an unexpected grand final appearance in 2009, where the blue and golds were beaten by a Melbourne team that was later found to be cheating the salary cap. However, he was sacked just one year later.

The former New Zealand national coach returned to Parramatta ahead of the 2014 season as their head of football after stints in the media and as the boss of the NRL referees. However, he was effectively rubbed out of the game midway through the 2016 season as a member of the so-called ‘Gang of Five’ Eels officials deregistered for their roles in the salary cap saga. The club was also stripped of 12 competition points and fined $1 million, $250,000 of which was suspended.

Anderson hasn’t had any official involvement in rugby league since, but his time in purgatory is about to end.

The 54-year-old is synonymous with the blue and golds, having grown up in Winston Hills and coached junior and senior Parramatta teams. However, he was a Roosters fan growing up and will now get the chance to join the glamour club.

''My mother's family is from the eastern suburbs,'' Anderson told the Herald in 2010.

''In the '70s I'd go and watch Mark Harris, Bill Mullins and John Brass and I've seen Russell Fairfax a few times.

''I watched our salary cap auditor, Ian Schubert, play a few times too.

''No favours ever given by any of those blokes.''

Kelly will also get a second chance at Bondi Junction. The former Manly chief executive was suspended for his role in the salary cap breaches at the Sea Eagles during his tenure, but has returned to the Roosters after serving his time.

Anderson and Kelly are now charged with helping tweak a roster considered the best in the game. The reigning champions have lost Blake Ferguson, Dylan Napa, Ryan Matterson and Sean O’Sullivan from their 2018 side, but have bolstered it with the additions of Angus Crichton, Brett Morris, Brock Lamb and Ryan Hall.

The new recruits will get a chance to impress in the World Club Challenge clash with Super League champions Wigan at DW Stadium on February 17.

Anderson, Kelly and O'Sullivan all at the Roosters at some stage and each of them were involved in salary cap cheating

And this at a time where Greenburg is talking tough on player behaviour...........

he'll fit in well there