Parramatta Stadium Rebuild and other stuff

Suitman said:
Thank you both.

I wonder where the Hotel is at with it's approval?
Click to expand...

The hotel was being pushed hardest by the former CEO and I am led to believe that the current Board have put it on hold. This makes some sense given the uncertainty on trading revenue over the next 2 years or how ever long with sudden lockdowns and the like.

By the way, I reckon this looks fantastic, given where it will be located.

Suitman said:
Thank you both.

I wonder where the Hotel is at with it's approval?
Click to expand...

We need to respond to objections. Which is from 2019 which correlates with EMJC saying that it’s on hold.

emjaycee said:
The hotel was being pushed hardest by the former CEO and I am led to believe that the current Board have put it on hold. This makes some sense given the uncertainty on trading revenue over the next 2 years or how ever long with sudden lockdowns and the like.
Click to expand...

Twizzle said:
they could still get the approval done then start building when the future is more certain
Click to expand...

That assumes causality between my two statements mate.
I actually think the link is in my first statement only.

yep the hotel is on hold for now Blatchys Blues fans will have even more reason to look forward to their homecoming to Stadium Australia in 2022 following the news the iconic ground will boast the longest high definition straight run video display in the world known as the ‘Great Southern Screen.’

Mind blowing facility and who ever operated that drone for that footage was a genius.
S

More office space approved in Parra. Built over the top of Westfield.
There is a great mix of resi and office going up, and it's important to note that all these new developments are adding far more street activation.
Quality street fronts, restaurants, decent retail options...... etc.
Another 200 metre plus tower. Approved.
Parramatta is already looking like a big city, and the progress just continues.
I know for sure that there are others in the pipeline. 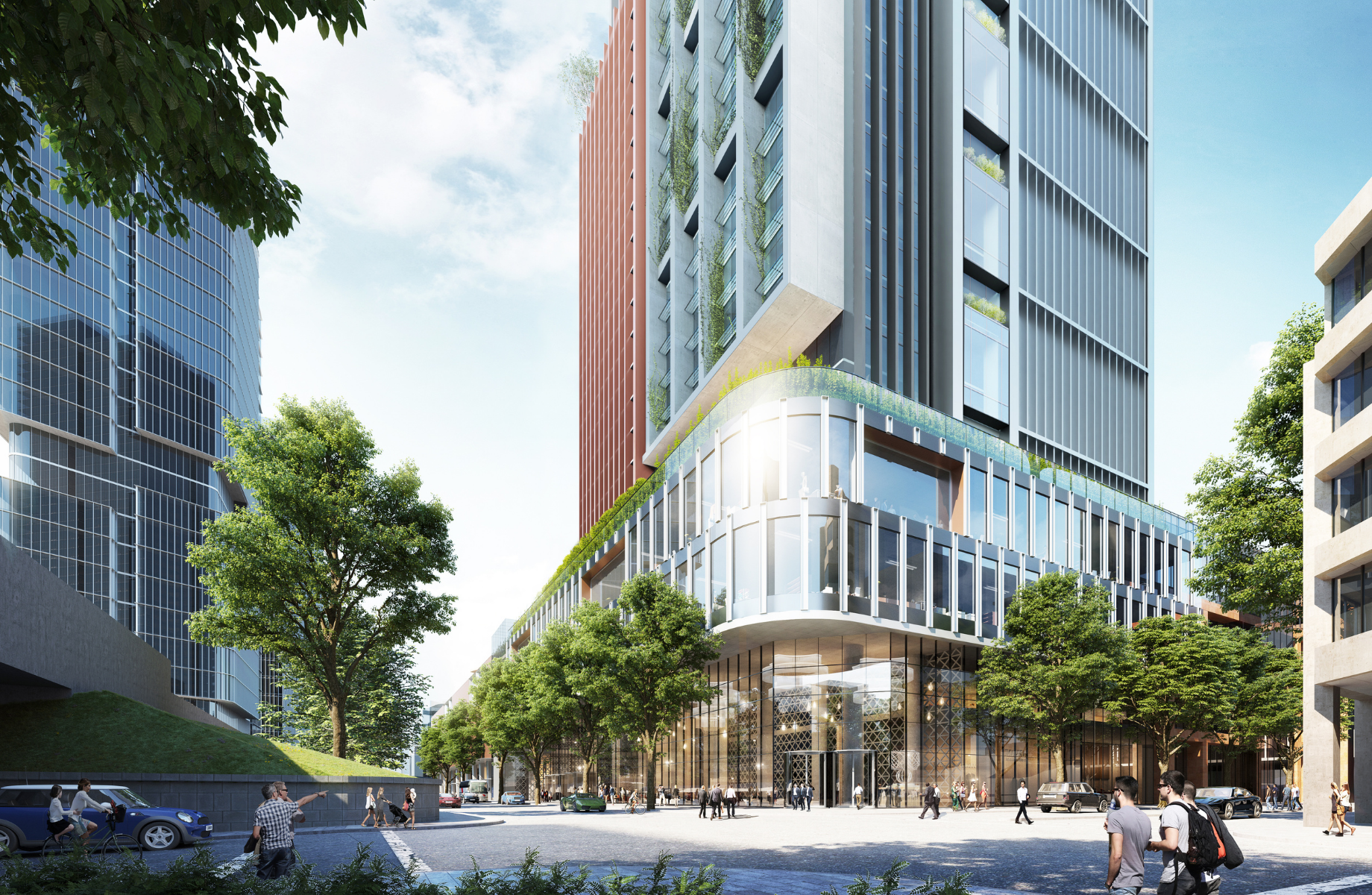 Scentre Group has won approval from the New South Wales Government to increase the height of a proposed office tower to 47 storeys...

Scentre Group's bid to increase the height of a proposed office tower at Westfield Parramatta to 47 storeys, which will make it the third tallest building in the area, has been approved by the NSW government.
Minister for Planning and Public Spaces Rob Stokes approved the $670-million project and 22-storey addition to the building, which he said would boost construction jobs in Sydney’s second CBD and add a further 105,000sq m of commercial space.
“Parramatta’s status as Sydney’s second CBD will be further enhanced by this development,” Stokes said.
“It will bring jobs to Sydney’s west and capitalise on city-shaping projects like Parramatta Light Rail and Sydney Metro West.
“[This development] will add to the exciting mix of developments that are reshaping Parramatta’s skyline, such as those in Parramatta Square.”
Stokes said the NSW government had approved 19 State Significant Developments in the Parramatta LGA in the past 12 months. 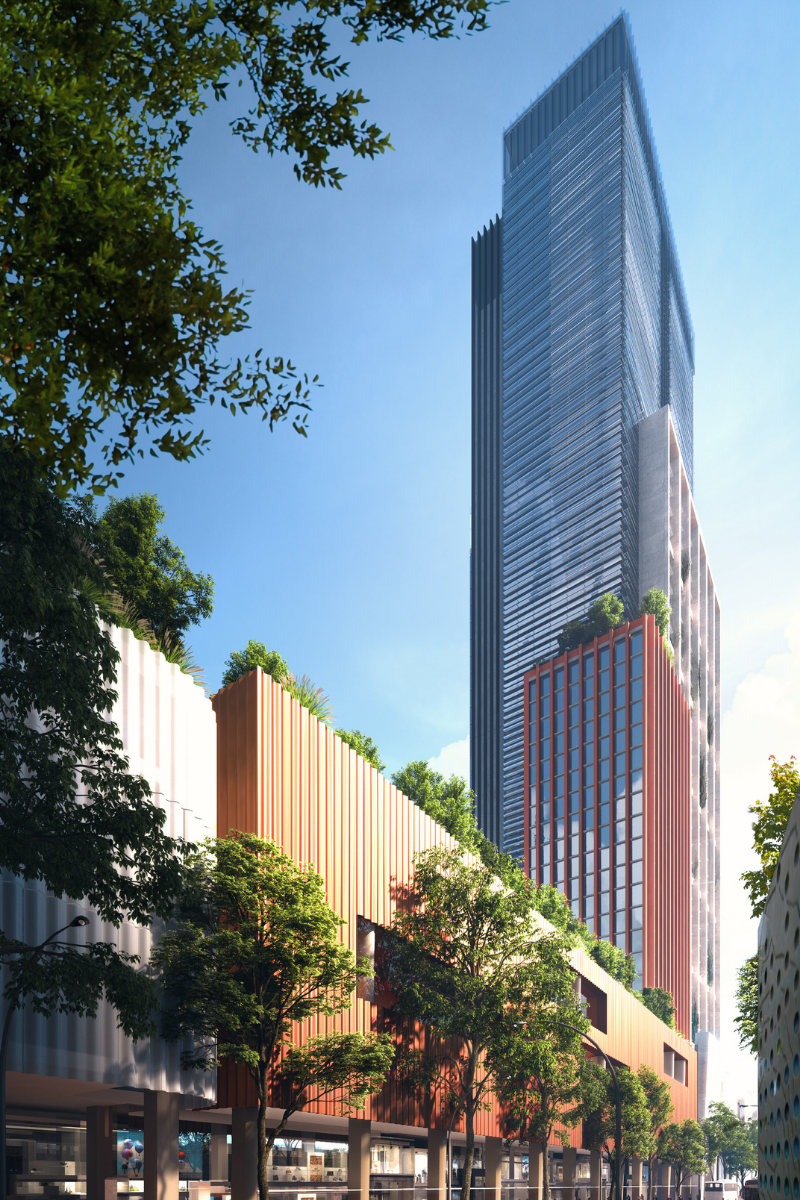 Scentre Group will commence a design competition for the tower, and detailed public domain street designs would be finalised after a development application was submitted.
A Scentre Group spokesman said the shopping centre already catered to more than a million people annually, and the Parramatta tower would benefit from its proximity to major rail and bus connections.
He said the group’s vision was to attract new business and more visitors to the precinct from beyond the local area, boosting the Parramatta economy.
Scentre Group is building a residential and office tower at 101 Castlereagh Street in Sydney, with completion due in 2023, while a $55-million entertaining precinct development at Westfield Mt Druitt was due to open in the first quarter of 2022.
Last edited: Sep 8, 2021
S

Church st looking much tidier with the light rail looking close to complete along that section.

Light rail is well underway and now, the metro is as well.......
I hope at some stage there is some sort of underground link built between the metro and the T1 western line for interchange options. It's only a few hundred metres between the two and it is far more convenient for commuters to do this underground.

Sydney Metro was granted planning approval to construct twin underground rail tunnels between Westmead and The Bays for Sydney Metro West in March 2021.

As part of this work Sydney Metro has contracted Delta Group to prepare the site of the future Parramatta metro station. Site establishment To prepare for the start of construction, site establishment works will be undertaken over the coming months and include site investigations, surveying, archaeological investigations and service identification.

A project site office will be established within the site. To ensure the safety of the community and workers, hoarding will be installed around the project site prior to works starting to remove existing buildings. There will be workers in and around the site during this time to prepare the site. Sydney Metro is committed to ensuring the health and safety of workers and the community.