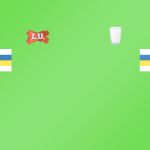 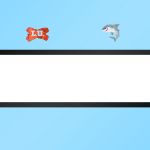 We have no cases in Canberra, this should be played at GIO Stadium. V’landys is a cancer on the game.

Makes sense to play it in Canberra but so Canberra don't have a home ground advantage QLD works for me.
B

its weird the Raiders have been lumped in with the covid infested sydneysiders with no cases here & the lifting of mask wearing last week.

i know the Victorian govt has just closed the border to the ACT , that game v the storm could easily have been played in QLD without the entire raiders organisation being put in a hub

A 22 all draw after golden point in a Benny Hill themed hi-jinx of an epic undertaking.

How bad does Croker have to be to get dropped again? Or should I say “injured” again.
I don’t give a f**k if this ends up being his last season the guy isn’t even nsw cup standard. Play Timoko you stubborn prick Ricky.

shear_joy9 said:
How bad does Croker have to be to get dropped again? Or should I say “injured” again.
I don’t give a f**k if this ends up being his last season the guy isn’t even nsw cup standard. Play Timoko you stubborn prick Ricky.
Click to expand...

That's the question we all want to know. How bad DOES Croker have to get. He seems to get a pass on being completely innefective & anonymous (as opposed to say, offering anything to contribute toward a winning prformance). So the standard seems to be Croker has to be absolutely dire, for weeks in a row, to get dropped. With any shift upward to mediocre resetting the clock back to weeks of dire needed again.

He marks up on Ramien this week I think, who is a guy with a powerful running game. If Johnson is smart he'' dart out there & try to get Ramian + whoever a 2 on 2 with Croker & Semi...

Wighton & Frawley would have been a better halves combo even allowing for Williams scoring 2 tries. Jack can't strangle a team with his kicking game & in fact will often release the pressure valve at the worst possible time due to his poor kicking , but is a dangerous strong runner & can intimidate defences. Williams is a plodder .. end of , Frawley is a far better option & when his kicking is on ..aka manly last week he can destroy an opponent. Frawley would have taken the responsibilities of most of the kicking off Jack allowing wighton to run a lot more.

Feeling a raiders win here, I think they are going to make a charge towards the finals

Hardest game of the round to tip. No idea.

This game will be total aids.

Whenever I see a Cronulla game I just feel absolutely nothing.

Like, what even are Cronulla? How am I supposed to feel? Why does their existence matter?

Bring on the wacky Raiders though

Why is the Raiders suspended on Sportsbet? Sharks $1.77 favs

bileduct said:
This game will be total aids.
Click to expand...

skeepe said:
We have no cases in Canberra, this should be played at GIO Stadium. V’landys is a cancer on the game.
Click to expand...

No apologies?
You must log in or register to reply here.