Opinion Is Ricky Stuart the most overrated coach ever?

The Silverdale Phantom said:
I thought it was over the top, but I appreciate your sense of balance.
Click to expand...

Ricky had to get something......but the death penalty did not need to be thrown at him either.

Someone needs to ask some of these smugsters why it took them 6 weeks the threat of their sponsors walking out to sack Tyrone May.

Ricky was not out there calling a convicted sex criminal mate his “brother” and being proud.

That kicking flog Salmon gets called names and they want to take Ricky to the United Nations.

Now Kent is shifting the blame to “woke” fans lol. Couldnt make his sht up. He looked like he was sucking a lemon sat on a porcupine on nrl360

Pink Panther said:
Who is a bigger ahole - Kenty or Sticky?

Answer, they are the two shittiest blokes involved in Rugby League
Click to expand...

Perth Red said:
Now Kent is shifting the blame to “woke” fans lol. Couldnt make his sht up. He looked like he was sucking a lemon sat on a porcupine on nrl360

He did his best to walk back the shit with MG real quick too. Gutless wonder.

macavity said:
Could think of plenty of other things Jaeman might have done that he wouldn’t want to own up to.

Would make him the much bigger man to come out and say “I did xyz as a kid, I’m embarrassed about it, I’m sorry and I now know better”

If he doesn’t know what he did, could say that also, although it wouldn’t be very credible.

Absolutely relevant what happened. As it stands one bloke is getting lots of stick for saying something, while the other gets to play dumb.
Click to expand...

Ricky is the real victim here

fmd what a shit take

So in your mind my parents don’t deserve to have me just my 5 sisters because I‘m their only child with autism. I’ve suffered from Aspergers my entire life, which made for a very difficult upbringing at times because I had tremendous difficulty interacting with other children. It’s only through relentless hard work from myself and mum and dad that has made the social and confident person I am today. But who cares since I am who I am my parents/sisters/cousins/friends don’t deserve me because I’m autistic

With the greatest of respect piss off buddy and find a place where truly disgraceful comments like that will be accepted by f**ks like you. I’m truly feeling very hurt and upset by this.
P In case you had the desire to watch a bunch of jabbering sycophants bark at each other.

Makes me laugh. Makes me pity them.

And I still can't conjure up in my mind what Salmon could have said that, to Kent, would swiftly change public perception if it was revealed. I cannot imagine what an 11-12 year old said that could be bad enough to allow Ricky Stuart calling him a weak gutted dog 12 years on to seem like a rational decision.

Wizardman said:
Hahaha....whatever. Ricky 100% did the wrong thing. $25k and a pressure game away from his team is a fair whack. He'll definitely think about his words better in the future.

I just don't see the need to crucify the bloke. He has done a shitload of good in charity areas and away from footy, seems a very decent bloke. He made an error and thoroughly deserves the punishment he has been given. Leave it at that.
Click to expand...

He does and says dumb shit all the time in the media, his renowned for it, he can't handle losing, the sole reason he left Roosters, Sharks and Eels and got the sack from the Australian gig... His body language has been disgraceful this season when the side loses but he won't get a job else where now so he needs to ride it out this time.

IMO if Raiders won that game on the weekend and Ricky was asked about that incident he wouldn't have said much about it.

In case you had the desire to watch a bunch of jabbering sycophants bark at each other.

Makes me laugh. Makes me pity them.

And I still can't conjure up in my mind what Salmon could have said that, to Kent, would swiftly change public perception if it was revealed. I cannot imagine what an 11-12 year old said that could be bad enough to allow Ricky Stuart calling him a weak gutted dog 12 years on to seem like a rational decision.
Click to expand...

His obviously targeted Rickys autistic daughter in a hurtful or malicious manner but as a 12 year old which me personally although not good doesn't define him as a person now.
B

The idea that Salmon should come out and explain what happened has to be the most idiotic take on this situation ive seen so far, closely followed by Kents take that the NRL should investigate it, fmd what a can of worms that would open, and as if the NRL should waste time and money trying to figure out what happened just because Ricky f**ked up, Kent is an absolute moron. If anyone should explain its Ricky since he brought it up in the first place, Salmon did nothing but win a game of footy and get slammed by a coach for something that happened 12 years ago when he was a kid. If Kents innuendo is even half way accurate why hasnt Ricky or his media mates put it out? If its something so bad it would change everyones opinion then tell us, its already being discussed and speculated on enough. I daresay its because it is something anyone reasonable would write off as typical bullshit between kids and change not many opinions at all. The speculation and innuendo from Rickys media mates allow people to imagine something that is probably a lot worse then the actual truth.

At the end of the day Ricky said something he shouldnt have in a forum he shouldnt have. If we are going to start crucifying people for things they said or did as children then we better be prepared for everyone to cop it not just Salmon.
C

Floodwaters said:
His obviously targeted Rickys autistic daughter in a hurtful or malicious manner but as a 12 year old which me personally although not good doesn't define him as a person now.
Click to expand...

Why do you believe Ricky? What in Ricky’s track record suggests that he is the person to make a rationale and balanced judgment on a slight (perceived or real) by a 12 year old boy over a decade ago?

The guy is a fantasist. Anyone who watched the game and then the press conference can see that Ricky’s version of events don’t match reality. And I am not talking about a subjective view of how the Canberra team performed (although many would argue that this also included an element of fantasy) but I am talking about objective events that occurred in the match that Ricky either misrepresented or misremembered. About two hours after they occurred. Whichever it is, it shouldn’t give us much confidence in Ricky’s objectivity for something that happened over a decade ago.

Damn these former Penrith players like MG and Brandy who peaked way too early and pissed away the rest of their playing careers really love to live vicariously through the current team.

A fair description of the game on Saturday.

Wizardman said:
Ricky had to get something......but the death penalty did not need to be thrown at him either.
Click to expand...

Yeah i think what pisses off more people with Ricky is the protection racket run in the media by his mates Kent, Crawley and co that Ricky is absolved from any criticism no matter the situation.

Then what Ricky actually does.

Unlike anyone else in the game it is always Saint Ricky no matter how Canberra are going & its never his fault. Especially when you compare similar situations to other coaches they are happy to throw under the bus like greyhounds when blood is in the air.

It's similar to Cameron Smith and his antics when playing.

The NRL always finding a way to weasel him out of a charge in the last 6-7 years of his career and the media just excusing it as oh its just Cameron Smith he can do what he wants.

betcats said:
A fair description of the game on Saturday.
Click to expand...

Not really. I mean you won but come on. It was a relatively tight game until Cotric tried to take Edwards skull home. An ass kicking is 30+ points IMHO. 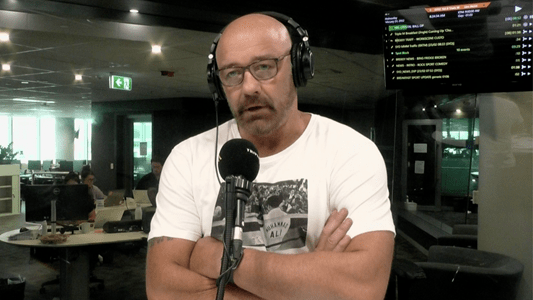