Run me through the great gamut of Australian statue removal. 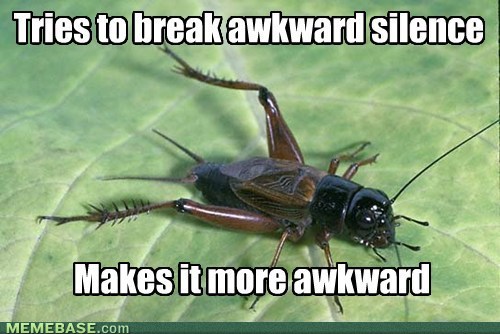 Whip Whitaker said:
It's already happening in Australia. The left is trying to present only a negative view of Australian history. It didn't help that John Howard tried to ignore the negatives and only show the positives. But now, we are going to the other extreme. I'd like Australia to be mature enough to acknowledge the pride and sadness of our history, then get on with life together, and with love and not hatred.

The removing of statues is predominantly a US issue, but the cancer is spreading to Australia. Look at the attempts to remove statues of Captain Cook.
Click to expand...

We have an island here named after a woman whose lies led to the genocide of the local Aboriginal population.

What we're seeing is not just white history.

Yeah someone's been watching too much Fox and Sky.

Whip Whitaker said:
Here's a way of putting it:

Many people don't hate capitalism in a pure sense because we've gained advantage by it, or saw the dangers of international socialism and or communism.

So how do the left come up with a way to make more people turn on the Capitalist Elite and our History? Use other methods/weapons to achieve their means, including identity politics, and campaigns such as Black Lives Matter.

One thing I will say, however, is that Cultural Marxism is so clever, and so greatly designed, that most people, even many on the left, think it is a ridiculous theory invented by Right Wingers, and give enough no careful consideration. Likewise, many on the Right probably haven't given the theory much thought as they are now being seduced and deceived by ideas like Black Lives Matter, and inadvertently shifting to the Left.

Notice how this happens a lot? We are removing statues of everybody in our past because they were slave owners or slave traders or colonial rulers whatever mistake we can attribute them to. It seems the attack is aimed at individuals for having a poor moral record. But it is actually an attack on capitalism, and attempt to re-write a new world order. These attacks also miss valuable context about the good things in history. We want to pretend history was only full of mass genocide, rape, bigotry, colonialism and every other horror imaginable etc. There is a lot of good in history that gets overlooked because we are so cleverly being deceived to only acknowledge the bad, and then hate our ancestors for it.
Click to expand...

You just know when someone pulls out the ol antisemitic canard of cultural marxism that they are talking bs.

Babyface O'reilly said:
Merkin has become the new bastard. I remember when bastard was still regarded as rude but was often a term of endearment among mates, where the word merkin now sits. The Irish are equally happy using merkin but still frown on the use of bastard as you’re questioning the morals of one’s mother.
Click to expand...

I mean I find it weird that our local council recently put up memorials of Blaxland and the Pegg brothers who were killed in frontier attacks but not the thousands of aborigines massacred on Paddy's Island in retaliation.

Must be a cultural Marxism thing.

gerg said:
And why would he stay at the club?
Click to expand...

it is possible all his family and friends are in Brisbane (a one team town). Perhaps he feels he can cop it with a good support system around him. What happens if he moves to a Sydney club and cops it there too, all alone. Keep in mind this is the early 90s, and connecting with people long distance isn’t as easy as it is in 2020.
You must log in or register to reply here.
Share:
Facebook Twitter Reddit WhatsApp Email Share Link