'The arrival of Asi comes as it is beginning to look increasingly unlikely that Ash Taylor will play again this season.

Taylor re-injured his hip in his only appearance for the Warriors, the round two loss to the Titans.

The 27-year-old has seen a number of specialists since then and Stuff understands the feedback from doctors hasn’t been positive.'
O

Grizzman said:
Who can also play in the halves. We will be able to field a team of halves in 2023!
Click to expand...

Looks like Ash Taylor is retiring because of his hips, expect Taylor and the club to officially to announce this soon.
J Official rosters for all 17 clubs in the NRL Telstra Premiership for 2022 and beyond.

Guessing a straight swap in the squad for Taylor.

I do wonder how we will line up with CHT, Johnson, Metcalf and Volkman.
Let alone Walker (I'm assuming he will be playing centre)

All but confirms Kodi will be off *awaits Dolphins announcement...*
T

How far off are we from a squad of 'no excuses'?
2023's squad is certainly heading that way for Nathan Brown, especially if we return to a normal home and away draw based in New Zealand and or a draw that favours us with more home games than away.
In addition to the greater experience the young ones will have after this season and another pre-season.
O

As always anybody who has any further info, please advise, thanks.
Last edited: May 23, 2022
O

Ash Taylor confirms his medical retirement from the NRL:

NRL: Warriors playmaker Ash Taylor opens up on reason behind forced retirement at 27​ 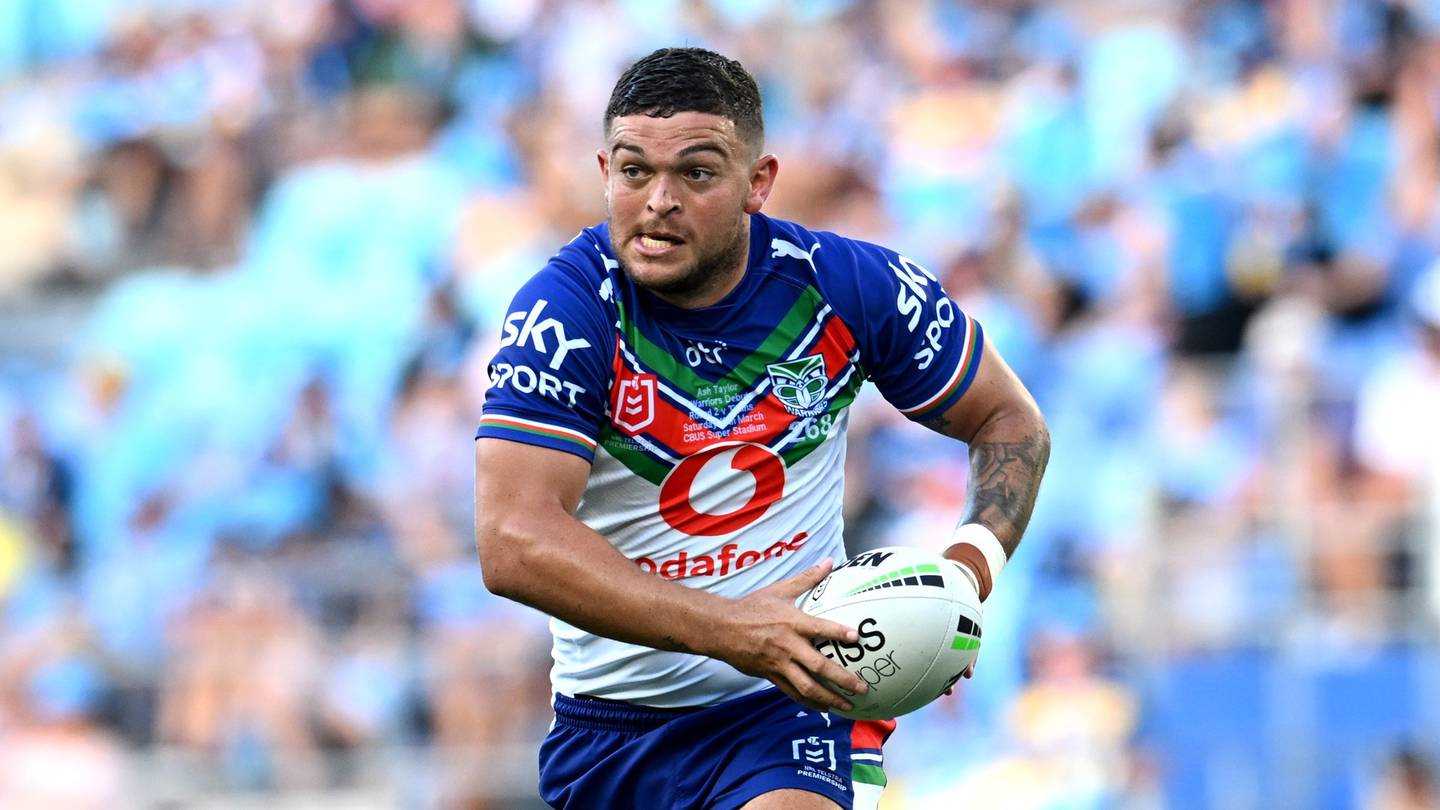 Ash Taylor has confirmed his retirement from the sport at the age of 27. Photo / Photosport
By

The day after Ash Taylor played his first match for the Warriors, he knew something wasn't quite right.
Less than 24 hours after featuring in the round two game against the Titans in March, Taylortook his young family to a local park.
The 27-year-old was planning to play with his kids but was in such severe pain he could barely stand up.
"That's when it hit home a lot," said Taylor. "You know, general soreness after game is one thing but what I was feeling was on a level that I haven't felt before. That's something that I couldn't put into words, of how much pain I was in."
That flashpoint sparked a realisation and he began to have "hard conversations" with his family about his future, which has culminated in an emotional farewell from the sport.
When Taylor arrived at the Warriors last November, after being released by the Gold Coast, he figured he might have another six years left in the NRL. Instead, he barely lasted six months, confirming his retirement from the sport on Tuesday due to a chronic hip condition.
It has, as Taylor said, "all happened so quickly", with some existing problems accelerating much faster than anybody expected.

By signing up for this newsletter, you agree to NZME’s Terms of Use and Privacy Policy.
I’m not interested in Premium News Briefing newsletter. Please don’t show me this again.
Taylor had battled with the issue for some time, undergoing hip surgery after the 2020 NRL season. He was on a modified pre-season programme at the Warriors, but the condition worsened in the new year
.
"[As we] started getting closer to the season, it started affecting me more. I was taking more anti-inflammatories to keep up with the elite level training," said Taylor.
"It was getting to a stage where I could see opportunities in training and games but my body physically, especially my hips, couldn't do what my mind was telling me to do."

Still, Taylor felt confident ahead of the Titans match, before the sharp reality the next day.
Taylor then saw three different specialists, with no particularly positive prognosis. More surgery was an option, but that would rule out a football comeback.
"There was very little confidence for me to have the procedure and to be back playing to the best of my ability, especially in the position I play," said Taylor. That left him with no alternative, after eight seasons and 116 NRL games. 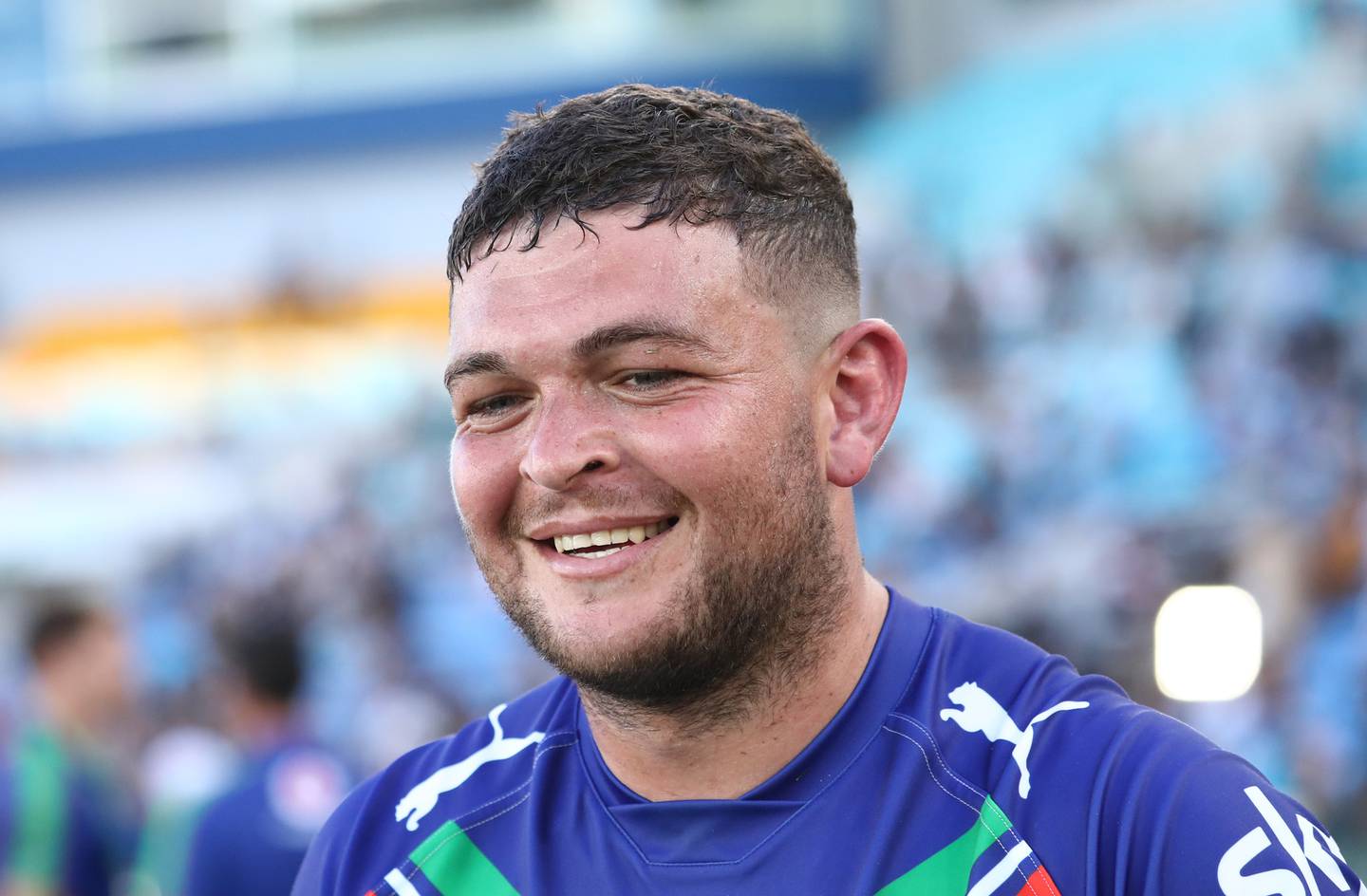 Ash Taylor. Photo / Photosport
Taylor was emotional – "not being able to do something you love that you have been a part of since [you] were 5 years old" – and telling his teammates was particularly tough.
He said the current pain levels are manageable and he hopes to avoid hip replacement surgery in the future.
Taylor has had a chequered career, a prodigious talent who struggled to live up to the burden of a million dollar contract at the Titans. But he has no regrets, apart from not pursuing more education or vocational training during his career.
"I just thought footy was my life," said Taylor. "I thought it was going to be my life forever. But you never know when your time is gonna be up."
Taylor will help out wherever needed at the Warriors in the short term but plans to resettle in Toowoomba before the end of the year.
Taylor made his debut at the Broncos in 2016, before shifting south to the Titans, where he was recognised as the Dally M rookie of the Year in 2016.
He managed 100 try assists across his career, along with 18 tries and 16 line breaks.
"Who would have thought a little boy from St George who had big dreams to make it to the NRL and to have those dreams come true," said Taylor.
"I still remember my first game when I was 5 years old all the way to my most recent game for the Warriors. There have been plenty of happy times and some little tough times but I wouldn't be the man I am today without those times."
But Taylor left no doubt about the physical toll.
"Three shoulder reconstructions, two compound fractures, hand, thumb, wrist, ankle abductor and the more recent hip surgery, I think my body has been through a bit," said Taylor. 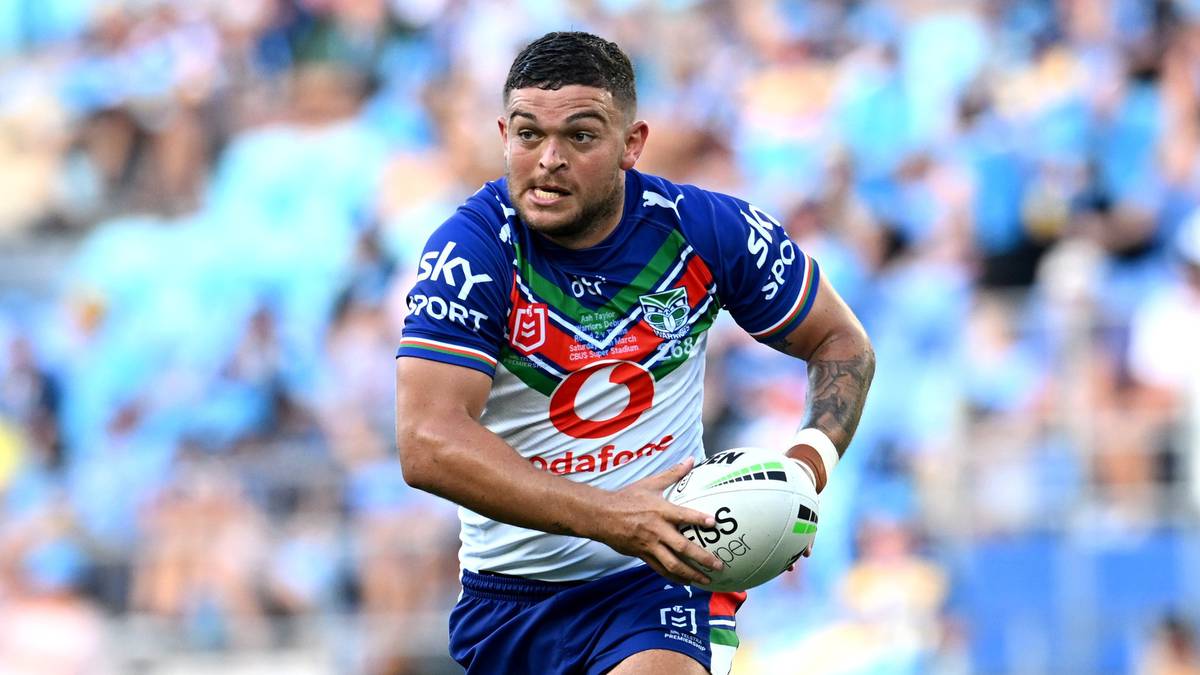 I guess that means we get his salary cap back for the remainder of his contract now its a confirmed medical retirement? www.realestate.co.nz
It is tough living in Auckland.

www.realestate.co.nz
It is tough living in Auckland.
Click to expand...

You suggesting this is one of the players homes?

Not at all, just saying there is great places to live in Auckland, I just picked a random place.

That a player could afford.

Again I am unsure why Auckland is a disadvantage.

As always anybody who has any further info, please advise, thanks.
Click to expand...

Luke Metcalf from the Sharks could be signing of the year, he looks like a great prospect, Nuikore a handy acquisition as well, not so sure about Walker, it`ll be hard to get the best out of him, I fear he`ll be in retirement mode and Barnett is average.
Any word on the FTA matches in Kiwi land - ratings wise ?

The Penguin #6. said:
Luke Metcalf from the Sharks could be signing of the year, he looks like a great prospect, Nuikore a handy acquisition as well, not so sure about Walker, it`ll be hard to get the best out of him, I fear he`ll be in retirement mode and Barnett is average.
Any word on the FTA matches in Kiwi land - ratings wise ?
Click to expand...

He cannot tackle.
Other than that he is he great.

Kodi to Souths for the remainder of the year. Done deal just announced today.

The 19-year-old Volkman’s three-year contract from 2023 through to 2025 was announced last week but he will now link up with the Vodafone Warriors early.

Volkman’s 21-year-old teammate Lussick has been secured on a contract to the end of 2022 campaign.

Both players join the Vodafone Warriors in Redcliffe today.

“We were keen to have Ronald onboard for the rest of this season rather than waiting for 2023. It’s beneficial for him and for us to have him settled into the club sooner rather than later.

“And Freddy brings NRL experience out of the Roosters’ system to add more support in the dummy half ranks to Wayde Egan and Taniela Otukolo.”
O

Vodafone Warriors halfback Kodi Nikorima has been granted an immediate release from his contract.
Nikorima (28), who was signed to the end of this season, will continue his career with another NRL club.
“We were committed to having Kodi for the rest of the year but he and his management requested an immediate release,” said Vodafone Warriors general manager football Craig Hodges.

“He wanted to take up an offer elsewhere. Given the circumstances we weren’t going to stand in his way.
“We thank Kodi for the contribution he has made to the club over the last three years and wish him and his family all the best for the future.”
Nikorima joined the Vodafone Warriors in May 2019 after 86 appearances for the Brisbane Broncos, making his club debut in the Magic Round clash against St George Illawarra at Suncorp Stadium.
His 59th and final appearance for the club was against the Sydney Roosters on April 17. Just-signed Sydney Roosters halfback Ronald Volkman and hooker Freddy Lussick are joining the Vodafone Warriors immediately.
The 19-year-old Volkman’s three-year contract from 2023 through to 2025 was announced last week but he will now link up with the Vodafone Warriors early.
Volkman’s 21-year-old teammate Lussick has been secured on a contract to the end of 2022 campaign.

Both players join the Vodafone Warriors in Redcliffe today.
“We’re thrilled to be able to add Ronald and Freddy to our squad right now,” said Vodafone Warriors general manager football Craig Hodges.
“We were keen to have Ronald onboard for the rest of this season rather than waiting for 2023. It’s beneficial for him and for us to have him settled into the club sooner rather than later.
“And Freddy brings NRL experience out of the Roosters’ system to add more support in the dummy half ranks to Wayde Egan and Taniela Otukolo.”
Volkman, who balanced rugby league and rugby union as a schoolboy star, is a gifted young half who’s regarded as one of the hottest prospects in the game.
Lussick made his NRL debut with the Roosters in 2020 while he was loaned to the St George Illawarra Dragons for two games last year.
He’s the youngest of three brothers to fashion NRL careers. The eldest of them Darcy played 117 NRL games in total for Manly and Parramatta from 2011 to 2017 before playing for the Toronto Wolfpack and then the Salford Red Devils. Hooker Joey had one game for Manly in 2017, spent three seasons with Salford in England, returned to the NRL to play nine times for Parramatta and is now back in England with St Helens.
Freddy Lussick made five NRL appearances with the Roosters in 2020, four in 2021 and two for the Dragons.
Along with Volkman he has played for the Roosters’ feeder club the North Sydney Bears in the New South Wales Cup. He also played at under-18 and under-20 level for the Roosters. www.warriors.kiwi
You must log in or register to reply here.