Tigers1986 said:
Inform me then you pelican. You seriously vouch for the Welsh?
Click to expand...

The NZ RU have called off matches over the next few weeks. Stick that in your pipes and smoke it.

KennySterling said:
Maths not your strong suit is it ? 2006 equates to only 15 years.

Sydney, 23-12 if you can't remember. The night Willie Mason thumped Stuart Fielden and then Jamie Peacock took on Mason before scoring a vital try.
Click to expand...

My math is perfectly fine, you're simply wrong.

Four wins out of 28 games is not delivering competitive competition, and if a competition is not competitive it's boring and predictable, which leads to apathy, which is where the Australian market is with the international RL.
Last edited: Aug 21, 2021

Perth Red said:
Wrong on so many levels. Did you go to the final? I did, was a cracking game with a great atmosphere and had everyone on edge of seats.
Click to expand...

No but I watched from home, and it was dead set the most boring wrestle fest of game ever played... Maybe for you poms it was great because you were 'taking it to the Aussies' and all that, but to anybody that wasn't emotionally invested it was like watching paint dry.

Perth Red said:
The onLY Australian in the English side was Chris heighington on the bench.
Click to expand...

I never said anything about Australians playing for England...

England did however have a core group of NRL players whom were leading them around the park, and take those players out, or take away from them their NRL experience, and England doesn't even come close to making the final, let alone beating the Kangaroos.

Perth Red said:
Profits go to the IRL who have done a stonking job in growing the game at grass roots across the world, despite the myopic leadership of the game at clubland level, to the point where there are more genuine comps in the world now than at any time in the games history. 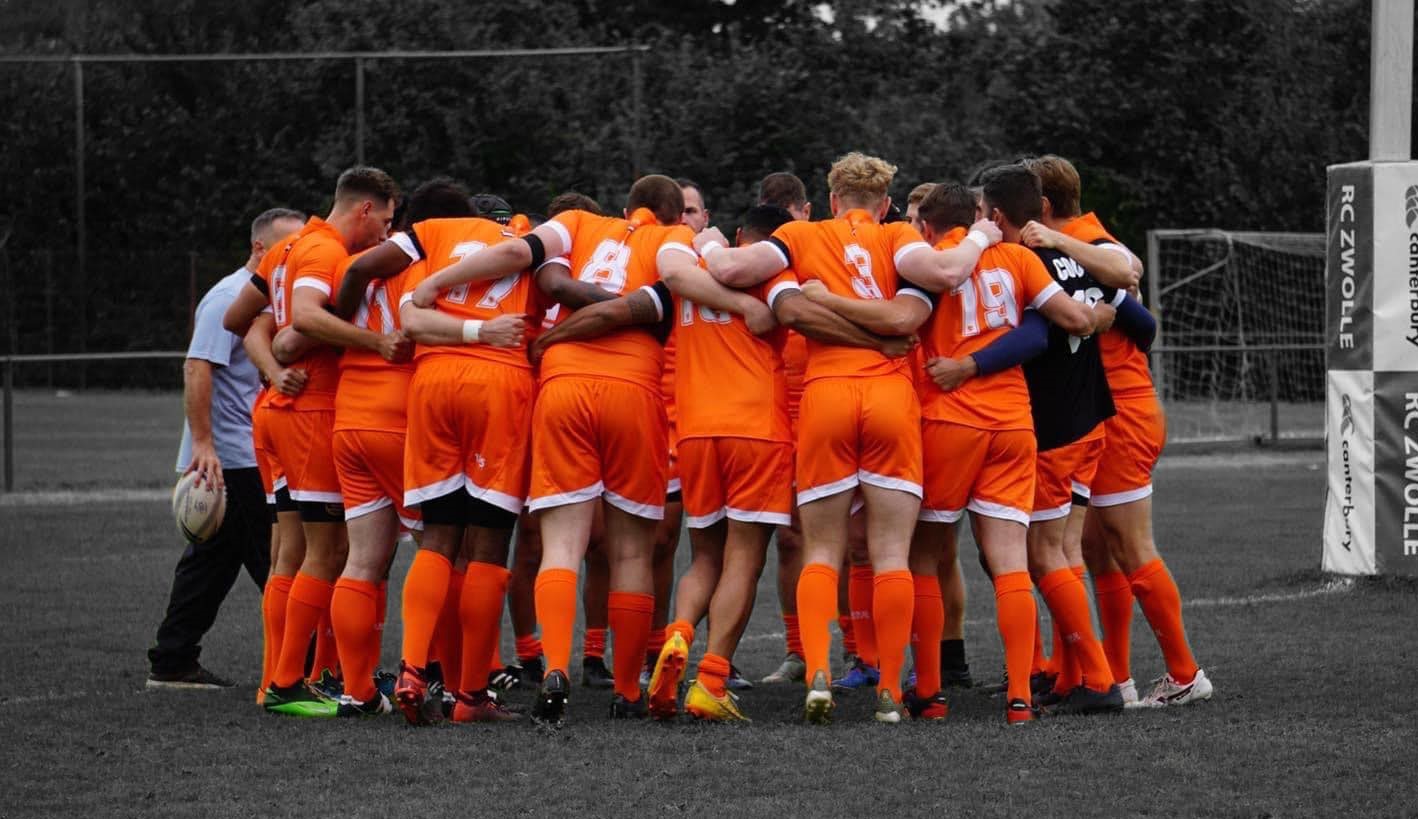 Today, head coach Kane Krlic, has announced the initial 25-Man Training Squad ahead of our international season. Training will commence in September, with our Domestic Trial match against a NRLB Select Side taking place on 11th September. We will then travel across the border for our annual... 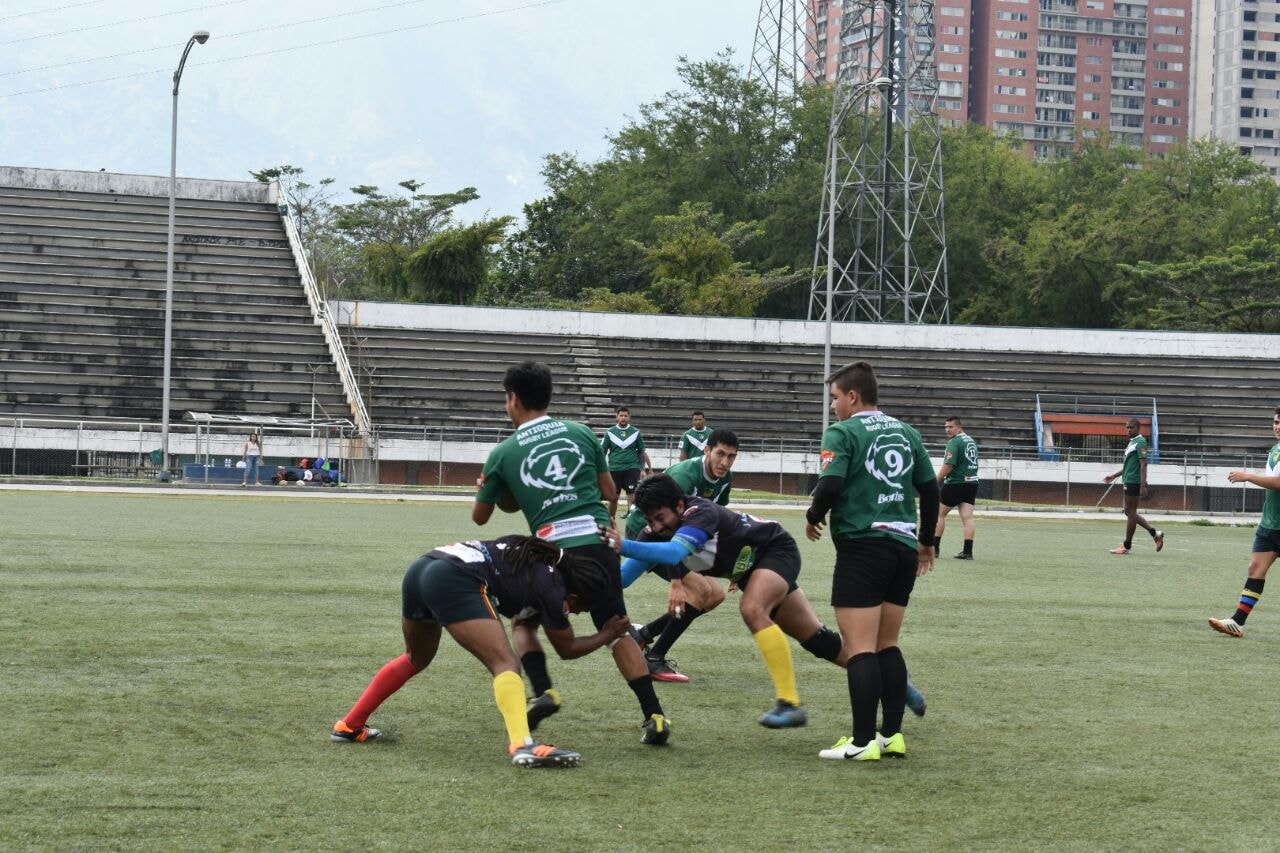 The high altitude capital of Colombia, Bogotá, has been named as host city for the 2021 Colombia Rugby League National Nines this November. The National Nines Championship will run from...

I'm sorry but a bunch of park football games played in front of friends and family is not doing a 'stonking' job, if it was Aussie Rules could legitimately argue that it's a massive international sport... And the fact you can't present a solitary case of a nation that has grown to prominence independent of the NRL during the WC era proves my point.

If the WC was so important to the growth of international RL then nations that have been participating for decades would have seen some sort of significant growth, yet in reality most have gone backwards in the WC era!

The sport has shrunk significantly in England, France, Wales, Scotland, Ireland, South Africa, etc, etc, and in others where it has grown, e.g. Australasia, it's mainly been because of investment into professional pathways by the NRL that has dragged RL into the mainstream culture in those communities.
Even then in many of the PI's the sport hasn't seen significant growth on the ground in the actual nations themselves, it's mainly growth in expat supporters based in Aus and NZ, though TBF that was slowly changing pre-covid.

Perth Red said:
here’s an example of how host country funding helps growth in that country

All the junior players in the world doesn't mean shit if they're watching EPL in the evening instead of supporting SL clubs and as a result the sport can't benefit from them financially. Just ask soccer everywhere in the Anglosphere outside of the UK!

Which evidentially is what has been happening because the Super League is a dying mess, with an ageing fanbase, ratings and attendances have been trending downwards since at least the 90s, and the league is overrun by broke shitbox clubs from tiny towns that are squatting on spots in the league and leeching off resources that could be better invested elsewhere.

You want to fix RL in England, you need to fix the club game, not continue to live in the delusion that somehow a handful of internationals a season will magically create enough interest to support the sport and lift it into a new golden age.
G

The Great Dane said:
My math is perfectly fine, you're simply wrong.

Four wins out of 28 games is not delivering competitive competition, and if a competition is not competitive it's boring and predictable, which leads to apathy, which is where the Australian market is with the international RL.
Click to expand...

Welsh RL & RU watcher said:
The NZ RU have called off matches over the next few weeks. Stick that in your pipes and smoke it.
Click to expand...

Aren’t they proposing to play the BC in London?

Welsh RL & RU watcher said:
The NZ RU have called off matches over the next few weeks. Stick that in your pipes and smoke it.
Click to expand...

Those matches were due to be in Australia and New Zealand that's why. Ironically it's now easier to play sport in the UK than it is in NZ/Aus.

Well, they're playing the RC in QLD now after talks so the original argument still stands. Australian rugby, netball, cricket etc are playing Internationals. Rugby league is not....And that is because the ARLC/NRL HATES internationals..

Coastbloke said:
Well, they're playing the RC in QLD now after talks so the original argument still stands. Australian rugby, netball, cricket etc are playing Internationals. Rugby league is not....And that is because the ARLC/NRL HATES internationals..
Click to expand...

rubbish, you know why.

60k attended magic weekend.
But England is so dangerous for the big tough NRL players lol

RL The greatest game said:
The Anzacs must be turning in their graves at the cowardly act by the NZRL and the ARLC
Click to expand...

This war requires ppl to stay in their own nations. The England vs India cricket thingy has been cancelled in Manchester recently, so there.

The ARU has comfimed the Wannabees Spring Tour to England, Scotland and Wales.

This fully confirms that the withdrawal from the 2021 RLWC was solely because the ARLC/ NRL Club/Gus and their NZRL lackeys just hate International Rugby league and Covoid was a convenient scapegoat. It was all about their precious 2022 season and Origin. Watch the fuss they make when 2022 RLWC rolls around...

Welsh RL & RU watcher said:
This war requires ppl to stay in their own nations. The England vs India cricket thingy has been cancelled in Manchester recently, so there.
Click to expand...

Because despite what was said the Indian players wanted to return to India to play in the very lucrative IPL. Remind where the NZ women's Cricket team are touring at the moment?

Bring back John Fifita said:
So Mr Vlandys has expected the NZ Warriors stay out of country for a season and a half …In a country with far greater COVID issues than their homeland….

The NZ cricket team was ok enough to spend that amount of time in the UK, so too India… The Euro footballs championships recently, and other teams before them…

When Vlandys quotes “player welfare” it’s a cop out. It’s more likely they don’t want to spend the money to send a team there..

The ARLC for all too long a time has thumbed its nose at the UK… and continues to do so. We hear noises about “promoting international rugby league” yet do nothing for England and continue to do so - the game originated in England yet the ARLC treat them with contempt…

The English game really needs the boost of a World Cup… it’s struggling over there far more than people realise..

now Vlandys has cut the cord…. Yes NZRL too… but it’s just further proof to me this bloke is a self-righteous narcissist with only his own interests at heart.. not the greater good of the sport.
Click to expand...

We all need to calm down, the WC will still go ahead, that’s all that matters.

RL The greatest game said:
Because despite what was said the Indian players wanted to return to India to play in the very lucrative IPL. Remind where the NZ women's Cricket team are touring at the moment?
Click to expand...

Hi Stench, that’s a very good point you make, very good indeed.
You must log in or register to reply here.