That send off was a joke and just another example of the refs taking the stand point of the side that should win gets the rub of the green. We were just about to come back when that happened to!

I honestly don’t mind the send off after the circumstances with the scuffle before, but Latrell should have been put in the bin 100% for running in.

Zoidberg said:
I honestly don’t mind the send off after the circumstances with the scuffle before, but Latrell should have been put in the bin 100% for running in.
Click to expand...

that's not how send offs should be used, i know it makes zero difference but in that instance a sin bin should be used, send offs are and always have been for singular acts of foul play and the fact the MRC deemed it only to be a grade 1 is a pure indicator that it was a horrific decision by Todd Smith who was in way over his head and Klein who is a terrible bunker official
O

Both Klem and Latrell should have got 10 in bin and placed on report for a further decision.

2 reasons:
The club he plays for.
The club they were playing against.
O

Careful you could be sent off with your hand coming into contact with the head, it’s on report and will be reviewed

DAVID KLEMMER: I was hard done by getting sent off against Souths, Latrell Mitchell was lucky to stay on the field.
I had that scuffle with Souths prop Keaon Koloamatangi beforehand, but he ran with his forearm straight into my face. I obviously didn't like it and came back at him.


I finished the next tackle off and thought it was just a normal tackle, but then Souths skipper Latrell Mitchell took it upon himself to run in and do what he thought he had to do for his teammate.

I thought it was blown way out of proportion.

The referee had seen a couple of incidents and I think he thought that was the best scenario, sending me off. I thought I might get 10 minutes, but when you get sent it's a pretty big deal. It's a serious offence. I've been sin-binned plenty of times before, but never sent off.

As I was walking off the field, I was thinking I might miss a couple of weeks now.

So I was very lucky to escape with a fine.

Latrell's incident with Pasami Saulo, I thought he got off pretty lightly - leading with the forearm and knocking him out. It made it look like it wasn't on purpose, but I thought it was intentional.
And the high shot on Dom Young, that was a bit disappointing as well.

Anyway, I apologised to the boys after the game for being sent off. Coupled with the loss, it was a tough night.

But at the end of the day, sometimes you just can't help it. It was the same against the Gold Coast the week before when I got sin-binned. Those things can just happen. I've been competing pretty hard and our results have been frustrating.

It's easy for people sitting at home to question why I can't control myself. But I've controlled it for many years, sometimes you just can't.

When you're in that environment, playing at that sort of speed - it's hard.

But I'll be better, I'll tuck that side of myself back away.

We were up 16-6 against Souths and let it slip. We have to learn from that.

We know we've got a good side, but it's just not happening for us at the moment. The only thing we can do is train hard and turn up again.

Adam has really got into us this week about the game cycle and knowing how to finish a game. I think having Jayden Brailey back in the starting side will help. You could see when he came on in the second half last week the difference he made. His talk was brilliant and I expect he will be marching us around against Manly.

I love playing at Brookvale, but it's a difficult place to win at - Saturday night, Manly are playing pretty well, we are in for a big game.

We know from playing Manly earlier in the year what they can do, but we also remember what we can do.
We lost 30-6 but were right in that contest and if a couple of calls went our way, it could have been a different result. We've got to make sure we stick together and fight our way through it this time around.
Click to expand... 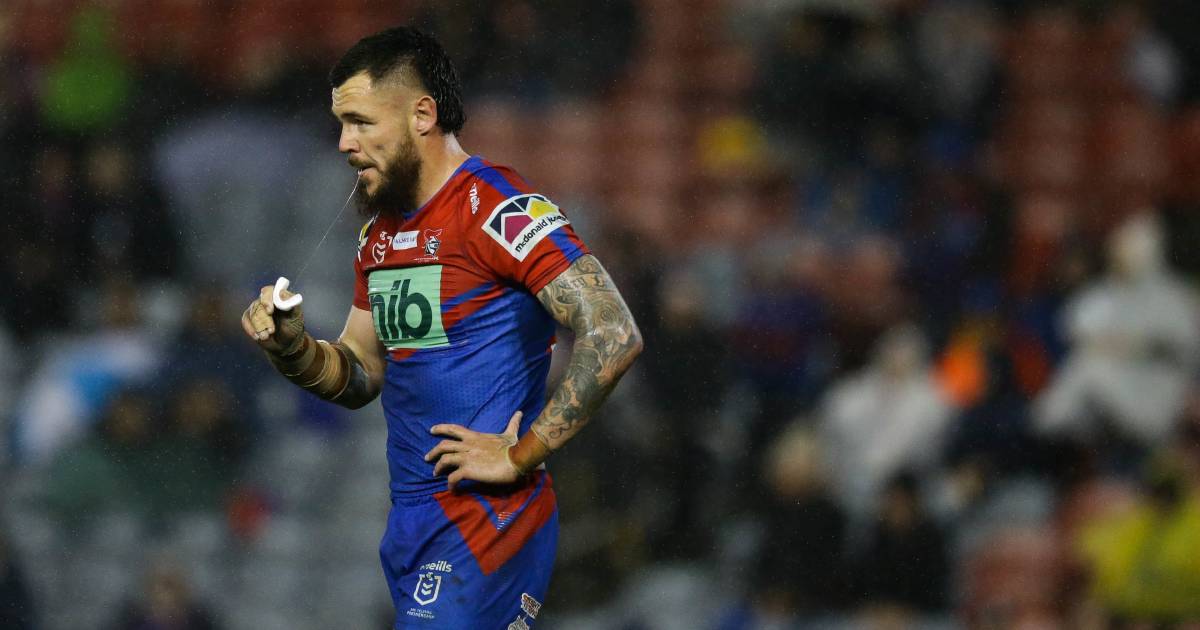 David Klemmer: I was hard done by getting sent off against Souths

“The only thing we can do is train hard and turn up again.”

Only thing they can do but rarely do