eels_fan said:
3 weeks with the early plea for Matto 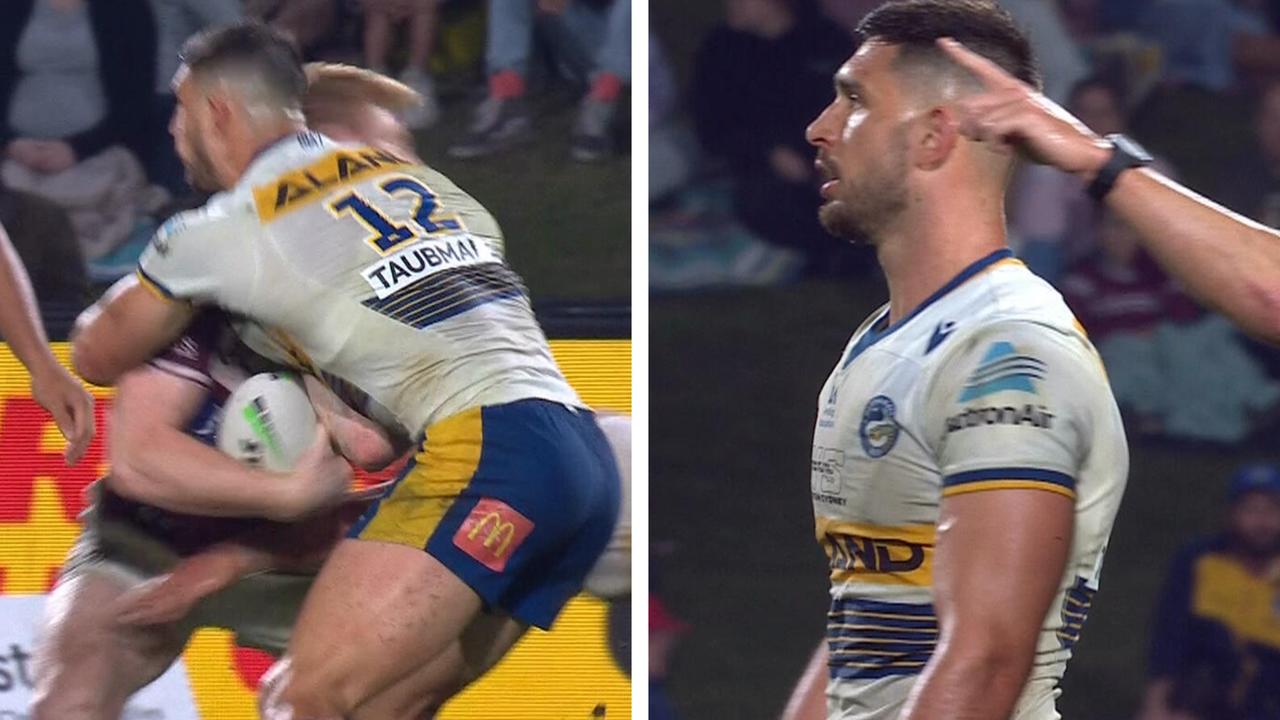 yeah I was expecting more tbh

Katoa just shoulder charged a played in the head that didn’t have the ball and didn’t even get binned.. the referees are a joke (I’m not saying the ruling on Matto was wrong)

Meanwhile Canberra forward Corey Harawira-Naera has posted an emotional apology on social media after he was charged over his reckless tackle on Jahrome Hughes in Thursday night's loss to the Storm.

He is facing a four-week ban after he was sent off late in Thursday's game for high contact on the Melbourne halfback.
Click to expand...

The match review committee has handed him a grade-three reckless high tackle and he would have been facing a six-match ban but he receives a 25% discount due to a seven-year incident-free record.

If he submits an early guilty plea, he will cop a three-game suspension, which would mean he would only play again in 2021 if the eighth-placed Raiders hang on to make the finals.
Click to expand... 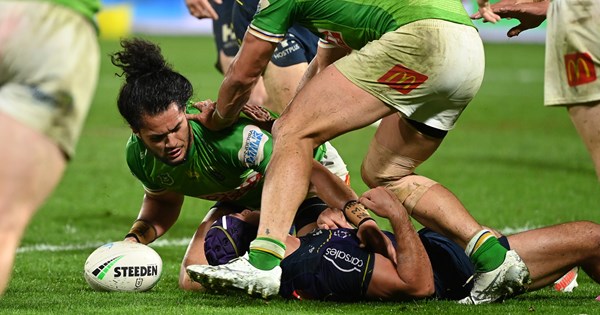 All the official charges for round 22 of the Telstra Premiership.

He got 3 as well because he got a discount due to no judiciary charges in 7 years.

So both 3 weeks with early plea

Gazzamatta said:
I just think they are worn out/injured from the style of play required of them and the realisation that the systems dont work. They are bored, worn out and confused. They have stopped listening. Its obvious Mitch and Gutho are playing injured.
Click to expand...

Just speculation. You don't like the way we attack and so anything negative reinforces your narrative. We are making more runs than other teams but also fewer tackles. We aren't making any more effort than any of the top sides, so fatigue has nothing to do with it.

Have a look at this from one of our leaders, Junior Paulo. He is way down on form and his last five games for us have been losses:


So is our problem really the amount of running he does? Or the amount of tackling? Mary Taupau has made as many runs this year as Nathan Brown (329:326) in the same number of games. Is he 'chasing the collision' too much for you? The reason it doesn't matter is because he has made far fewer tackles (634:523). Taupau is also making more runs per game than Paulo (16.5 to 13.9) as well as more tackles (26.2 to 24.9). Yet our game plan is the only one overloading our forwards? You have confirmation bias mate.

The stats show (though this is surely more inferential than predictive) that where we have subjected Junior Paulo (one of our top attacking weapons) to no more than 30 attempted tackles, while giving him at least half that many carries, we have won the game. Every game we've lost he either made too many tackles or too few runs. I can agree that Paulo needs to play fewer minutes, but it isn't because he is chasing the collision too much in attack. He has also been gash since Origin. That might be Arthur's fault or it might not. None of us know.

But there's something else going on with our club. We've seen evidence of it in recent dramas, on- and off-field, surrounding our captain. It might be that the coach is the problem, but it sure isn't his tactics. They suit the team, but it requires controlling the ball, which begins with winning the middle in defence. Effort areas and chasing the collision. When we do it we go well.

hindy111 said:
Our attacking structures are slow and predictable. We do not play footy and players look bored and uninspired.
Click to expand...

Everyone's attacking structures look shit when they're getting belted. Look at Souths in their two floggings. Don't forget we are still sixth in the NRL for tries scored, with Sivo scoring more than anyone at Penrith, and Opacic (6 tries) scoring almost as many as Crichton (7).
Last edited: Aug 15, 2021
L

Soto said:
I remember after the Titans win we at least in the 1st half looked refreshed, full of energy and looking to make a good charge to the semis.
The wheels started falling off from that 2nd half. Looking at the run home I was fearful we could lose all remaining games bar Raiders and Cowboys. Then this front loader rhetoric and effort on effort kept coming up in every BA presser. Looks like the players listened to the words but have not executed.
Mahoney and Matto said with the comp being uprooted to Qld, they were there to win the comp. They had spoken about last year and were going to basically not have a repeat

For me the time has come to rip the band aid off and tap BA. Too many players have regressed and the same glaring defensive issues are still there, week after week, year after year.
Our attack is inept, clunky and is completely out of sorts. If you rely heavily on kicks to score therein lies a massive problem...
Like some others i dont like to see a bloke lose his job but its just not right for the club to allow this to continue
Click to expand...

I don't like to see a bloke lose his job, either. But don't forget he's probably earning five times what you or I are. There needs to be some accountability.

eels_fan said:
3 weeks with the early plea for Matto

Poupou Escobar said:
Everyone's attacking structures look shit when they're getting belted. Look at Souths in their two floggings. Don't forget we are still sixth in the NRL for tries scored, with Sivo scoring more than anyone at Penrith, and Opacic (5 tries) scoring almost as many as Crichton (7).
Click to expand...

In fairness we did front load our try scoring....

Noise said:
Answering a question with a question about something I never claimed. Keep deflecting.
The off field issue is the coach and his favorites.
Click to expand...

Where's your evidence of this? If your only evidence is our poor form, you need to show a causal link. A loss of form could mean plenty of things. Not just the thing you want it to mean.

hindy111 said:
He likes him as a fullback. He said this numerous times if he is to make it then that is where. Id suggest he has blooded him knowing they'll steam roll everyone anyhows. Bot now getting to the business end he brings his strongest 17 in.. Staines will convert to a fullback soon and atleast when does has had 20 games in the NRL.
Click to expand...

Agreed. Sometimes you have to keep an eye on the future, which means giving some NRL footy to talented youngsters.

hindy111 said:
So you base a 2 yr contract on one game? Sivo was garbage last season.
Click to expand...

He has scored 54 tries in 65 games, some of which couldn't be scored by anyone else. He has also shown good form at his best. He has certainly been better this year than last, but he is currently out of form like a few of our players.

hindy111 said:
It would be different if he has proven himself .
Click to expand...

Right, but my point is it's flawed logic. Things can go wrong because of nothing to do with lack of coaching ability. If capitulations by teams coached by Bennett and Robinson don't reflect on those coaches, why is it automatically Arthur's fault when it happens to his team? I'm not saying Brad Arthur isn't at fault here, I'm asking how could you possibly know?

hindy111 said:
But you said our attack is fine and it's our defense that's the problem. No energy when get the ball.

Or has the game changed since you posted that 12hrs ago? Are fast wingers still in need or has this also changed?
Click to expand...

I was joking about getting Penrith's attack coach. The Bulldogs signed the last one and they still suck. That's the joke.

Mate if you've got no counterargument you don't need to say anything. Just keep scrolling.

lingard said:
I don't like to see a bloke lose his job, either. But don't forget he's probably earning five times what you or I are. There needs to be some accountability.
Click to expand...

I don't care if NRL coaches lose their jobs. If they're smart with their first three years' salary they never have to work again.
You must log in or register to reply here.