Throw the bank at Bradley Parker. Dude is a star...
R

Any love for Josh Reynolds as a 5/8 maybe? 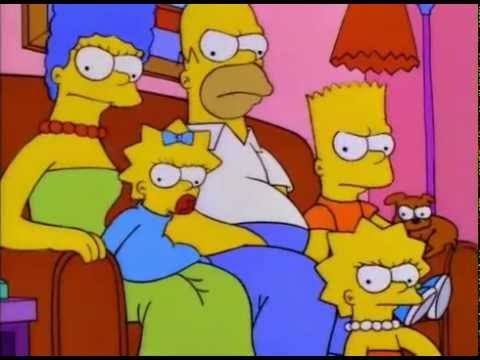 enthusiasm will only take u so far. We need a 5/8 with ball skills, game management cred and a kicking game. Much prefer to give the young bloke Crossland a crack.

More info on the lad??

Isn't Crossland our future star half?

Reynolds has barely been able to get on the field over the last few years, so even if he had the playmaking skills that we needed her wouldn’t be worth it based on his recent run of injuries.

You know what? Why not take the punt and get him on a minimum 1 or 2 year deal? Seems like if it works out he could be a great six to have on that side.
O

We have a cap problem so why would we want to buy a player that doesn’t offer any more than what we have.

Reynolds has no place in our team. Too many injuries and not enough tomorrows

Extremely is a bit of a strong word

He does far more good than bad these days and is still very effective at kick returns and fast PTBs.

I'd be happy with a small deal thrown his way.
S

SKD is still the best winger at the club.

Anyone with a subscription to the herald able to post up Tooheys news from today?

TOOHEY'S NEWS | Former Knights captain set to be cut loose by the club as the salary cap bites
He was the trailblazing leader the Newcastle Knights needed when they were at rock bottom with no money and struggling to sign anyone.


A genuine good guy who coach Nathan Brown once described as the glue keeping a young and inexperienced playing group together both on and off the field.

But after three years with the club, Jamie Buhrer will depart at the end of the season after being told he won't be offered a new deal for 2020.

While the decision won't have come as a shock to him, it leaves his playing career in limbo. He turns 30 in November and will likely struggle to pick up another NRL deal. And with a very young family, he may baulk at the lure of a stint in England.


Ironically, Buhrer was virtually forced out of Manly against his will initially in a trade deal for Akuila Uate at the end of 2016 to join a wooden spoon club that had won just one game all year. But to his credit, he embraced his new club and community, was made co-captain and set a great standard of professionalism for his young teammates to follow.

The Bulldogs already have two ex-Knights players in Jack Cogger and Nick Meaney in their ranks. Is that number about to swell to four? There is plenty of speculation that sought-after prop Herman Ese'ese is favouring a move to the Bulldogs next season with the Knights looking to off-load him with a year to run on his contract to free up some salary cap space. But now we hear unwanted hooker Danny Levi has also been targeted by the Dogs. It's understood Levi met with officials from the club in Sydney last week with another Sydney-based club also said to be interested.

Like Ese'ese, Levi has a year to run on his Knights contract worth around $350,000 and the club may have to tip in some cash for him to move on. But he is odds on to leave with Newcastle set to announce the signing of Sharks hooker Jayden Brailey as soon as they are salary cap compliant and can register his contract with the NRL.

Newcastle is keen to bolster its backrow depth for next season and Capewell is at the top of the wish list but with salary cap issues, the club won't be getting into a bidding war and breaking the bank to get him.

One factor that might be in the Knights favour is he is said to be close mates with Jayden Brailey, who is Newcastle-bound.


Hurry back
The return of backrower Lachlan Fitzgibbon from injury can't come soon enough for the Knights.

Fitzgibbon suffered ligament damage after dislocating his elbow against the Warriors and says he will definitely be back for Parramatta in a fortnight's time but will be pushing hard for an unlikely return against Manly.

Facing the music
Knights five-eighth Mason Lino is likely to face the club's disciplinary committee later next week over an incident at the Greenroof Hotel in Hamilton a couple of weekends ago.

A woman at the hotel complained to security about allegedly being punched around the same time but after viewing CCTV footage, Knights officials say Lino was not involved in anything more than a push and shove with a couple of drinkers.


Lino is a clean skin and one of the nicest young blokes you will meet so it's hard to imagine his "low level" offence will put too big of a dent in his bank balance if he is fined. Still on the incident, Knights CEO Phil Gardner has hosed down suggestions players have now been banned from going to certain trouble spots around town as a precaution against further off-field dramas.

"The discussion we had with the players around it was as mature young men. We just said to them we have seven weeks to go until the finals and we need them fully focused on making the eight," Gardner told us.

"They owe it to the fans to make that their sole focus and they are not going to get there by going out drinking at night clubs."

Not out of the woods
It appears Broadmeadow Magic is sadly mistaken if it thought the club-imposed one match ban on coach Ruben Zadkovich would be the last we heard of a physical altercation he allegedly had with a Maitland player straight after a game three weeks ago.

With governing body Northern amazingly sitting on its hands and refusing to act unless an official complaint was made, it was left to the clubs to sort it out among themselves.

Not surprisingly, Zadkovich's slap on the wrist from his club hasn't cut it with Maitland, who are preparing a complaint to finally get Northern to act.

Inspirational
More than $3 million raised and a remarkable 170,000 beanies sold! That is the incredible target of the Mark Hughes Foundation this weekend during the NRL-backed Beanies for Brain Cancer round.

For his part as the inspiration behind it all, Hughesy has been on the publicity trail with close mate Paul Harragon. The support has been so great, there hasn't been a radio or television station that at least one of them hasn't been on over the past few days.


"It's been amazing and I can't thank Todd Greenberg from the NRL enough but there is a massive amount of work that goes into this and we couldn't do it without the wonderful volunteers and all the behind-the-scenes support we get," he said.

Retired again
There was little or no fanfare when former NRL stars Andrew Ryan and Daniel Fitzhenry came out of retirement to play for Souths' Open grade side last weekend. 'Bobcat' Ryan, who is still feeling it a week later, assures us it was a one-off by him with the team short.


R.I.P. Wagga
Newcastle lost another of its great old players with the passing of Ray "Wagga" Johnson at the age of 80 this week. A secondrower, Wagga played the bulk of his career with Wests but also had stints at Cessnock, Lakes and Macquarie and further afield at Wauchope, Temora and Casino. He played for Newcastle against three international touring sides. Fittingly, he will be farewelled at Wests League Club at Lambton on Monday at 10 am.
S

Isn't Crossland our future star half?
Click to expand...

It's a real shame we're losing Herman, but glad to see the back of Levi and buhrer. Buhrer hasn't done anything inherently wrong, he's just too slow for the game these days