f**kwit of the highest order


Calls to sack Kyle Sandilands after ‘abhorrent’ comments about Paralympics​

Kyle Sandilands has taken aim at the Paralympians after watching a few events.

Shock jock Kyle Sandilands has branded the Paralympics as “horrific” after he watched a high jump contestant miss the mat and soccer players throw “themselves on the ground like sausages” – and has been blasted for it.
The KIIS FM host asked his colleagues if they had been watching the games on Wednesday morning just before 7am. He also joked that the song ‘Shake it off” by Metro Station should be the theme song of the games.
“Have you been watching the special Olympics (sic), it is horrific some of the things,” he said live on air.

Kyle Sandilands recently celebrated his 50th birthday on a yacht with friends including Guy Sebastian. Picture: Instagram.
“I saw some poor bloke who ran for the high jump and veered right because he was blind and landed on his arse, on the ground.
“Then when they were playing soccer, the blind people, I was thinking, are you joking? They’re throwing themselves on the ground like sausages to block the ball.”
The comments have been slammed by Greens Senator Jordon Steele-John who has called for Sandilands to be sacked.
“Kyle’s comments are abhorrent, ignorant and ableist,” he told news.com.au
“He has a long history of espousing hate and these comments are hurtful to disabled people. He needs to pull his head in, and apologise to our athletes and the disability community.
“There is no place for ableism in our community, and these comments are the latest example of why Kyle should be sacked from his broadcasting roles.”

The special Olympics is also a different competition to the Paralympics.
Australia is currently sitting eighth in the medal tally and viewers were brought to tears on Wednesday night by tennis player Dylan Alcott’s semi-final win. 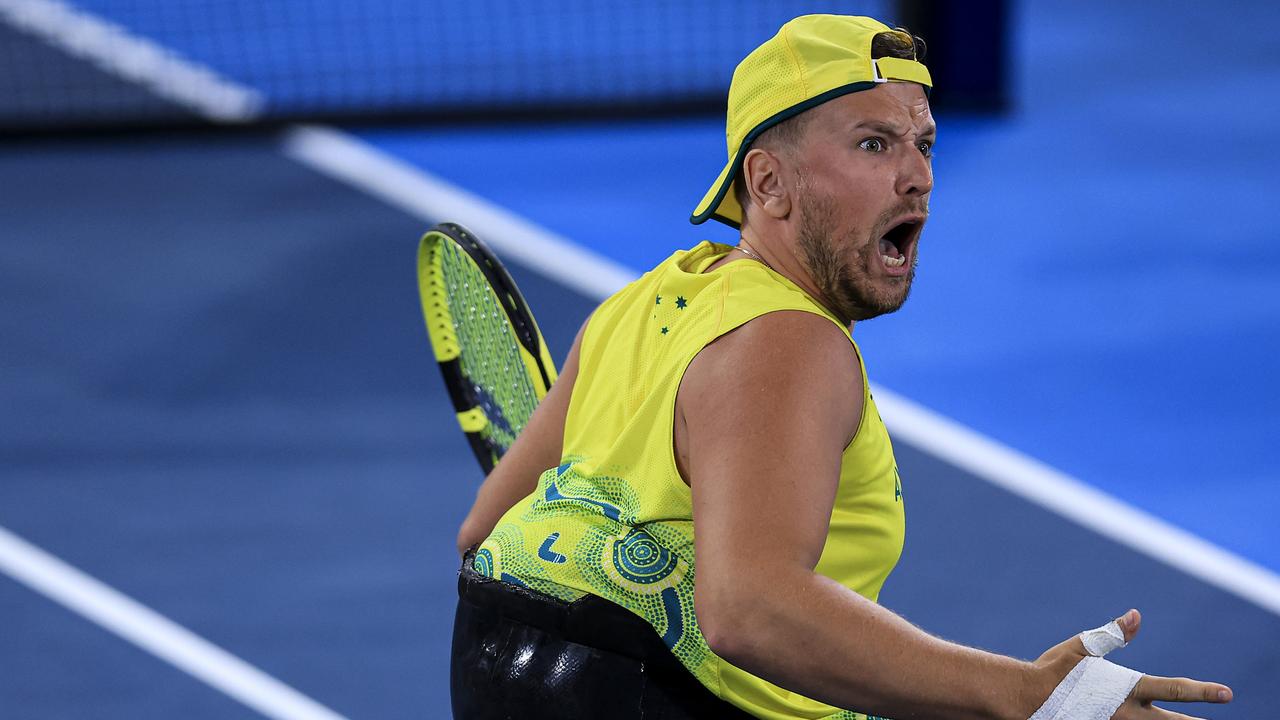 Dylan Alcott is one of Australia’s most known Paralympians. Picture: Getty Images
The 30-year-old beat Dutch teenager Niels Vink in what he described as the best match of his life.
At the end of a marathon match that lasted almost three hours, Alcott moved to his opponent’s side of the net before the pair of exhausted players shared an emotional embrace.
It is moments like these that have won over millions across the world.

World’s tallest athlete towers over TokyoCameras capture Aussie champ’s classy act
While Sandilands admitted he liked the “spirit of the contest” he slapped down newsreader Brooklyn Ross who said that the Paralympians put in more effort than able-bodied athletes.
“You can be nice to handicapped (athletes), but you don‘t have to compare them to the non-handicapped. You don’t have to lift them up to be better than the non-handicapped,” he said. 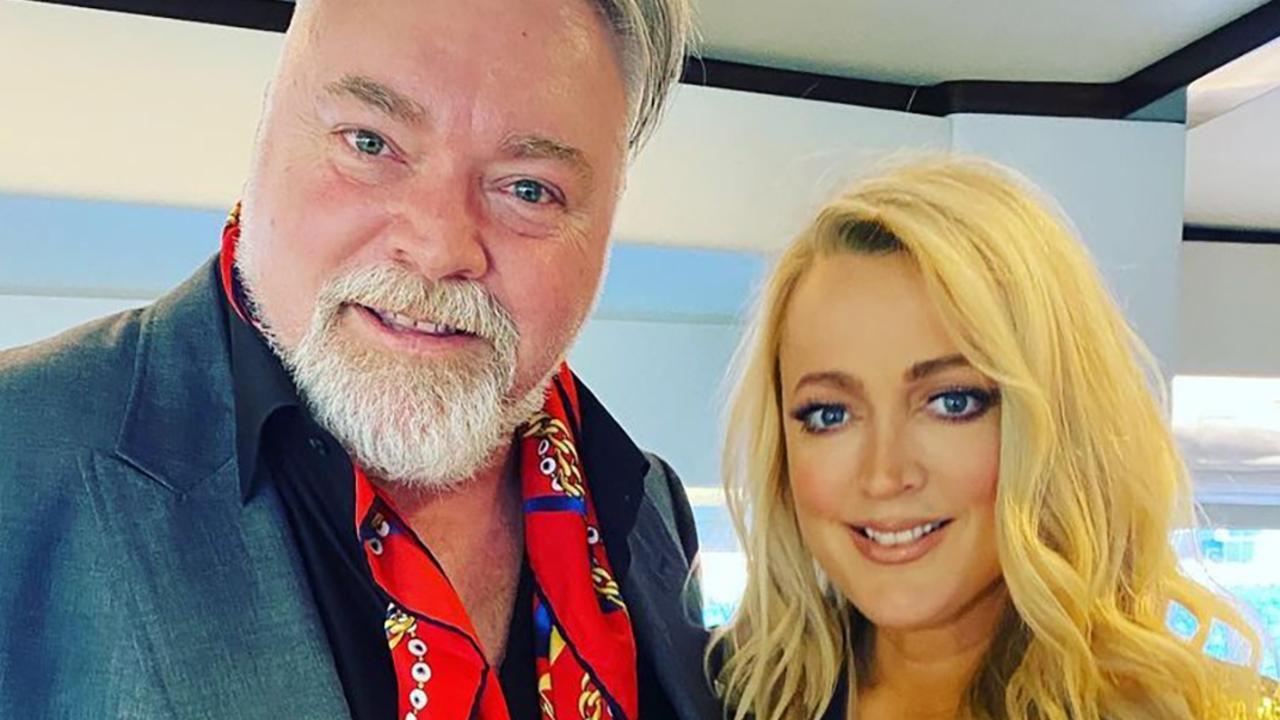 Shock jock Kyle Sandilands has branded the Paralympics as “horrific” after he watched a high jump contestant miss the mat and soccer players throw “themselves on the ground like sausages” – and has been blasted for it.