tyty04 said:
Have any of you guys heard about any leaks towards the draw for 2023? I’ve only heard a couple such as the possibility of Manly and Melbourne playing in the USA in round 1 but I just wanted to see if anyone else has heard anything. Thanks lads.
Click to expand...

With a shorten preseason due to the World Cup and a longer season starting one week early, I can’t see a game in the US til 2024 at the earliest

Magic weekend in that Vegas nfl stadium, that would be fun!
2

Looking forward to another soft draw for the Sharks to send the haters into meltdown again.
B

I wonder if they'd give the Panthers the bye in round 1 if they were to travel to England for the World Club Challenge? Although with the World Cup over there already, they'd probably only agree to play it if St Helens travel to Australia.

King-Gutho94 said:
So who gets shafted with the bye round 1.
Click to expand...

Us. Keep the 50 thread dormant until round 2
S

Big Salad said:
I wonder if they'd give the Panthers the bye in round 1 if they were to travel to England for the World Club Challenge? Although with the World Cup over there already, they'd probably only agree to play it if St Helens travel to Australia.
Click to expand...

You didn’t call your kids after some RL player/s? That would have made it easier

Perth Red said:
Magic weekend in that Vegas nfl stadium, that would be fun!
Click to expand...

Well at least we know half the Manly team won't get up to any mischief over there.

You didn’t call your kids after some RL player/s? That would have made it easier
Click to expand...

They’re girls and would’ve been a struggle for them being called Artie, Horrie or Dessy lol

"The club are discussions about how that (fixture) may look. From a coach's perspective, it'd be a fantastic opportunity to take on that Penrith team," enthused Wellens, as he was unveiled on Wednesday as Saints' coaching successor to hugely successful Australian Kristian Woolf.
"Penrith are fantastic, what a team they are, but this team has earned an opportunity to take on that challenge.
"We'd love, as a club, to be able to put ourselves in a situation to do that."

Saints won three successive Super League grand finals under Woolf and will be going for a fifth consecutive title in all under the Australian's former right hand man Wellens, who called it a "huge privilege" to take up the position.
Saints, though, have missed the chance to play the annual showdown between the English and Australian champions, which has been shelved for two years amid much feeling among Super League clubs that there's not much enthusiasm in the NRL for the World Club Challenge.
When it was last held in 2020 just before the COVID pandemic struck, Sydney Roosters came over to defeat the Saints 20-12 and extend their record as the Challenge's most successful club with a fifth triumph. An Australian club has won seven of the last eight editions.

But Panthers' coach Ivan Cleary has said he'd be keen to see his side go for global glory, noting recently: "Let's go ... it's something that everyone would always want to be part of."
St Helens chief executive Mike Rush also wants to see the Challenge introduced but accepted there had to be a will from all parties to get the game on amid all the logistical complications and problems with the rugby league calendar for any Anglo-Australian event.
"I'm not going to lie and say we haven't had discussions with Super League and the NRL about whether we can make a World Club Challenge work," Rush told Rugby League Live.
"There are hurdles you've got to overcome, including the cost of travel, and a World Cup this year too.

"It shifts pre-season plans and if England and Australia both make the World Cup final, our players are returning to their clubs even later than usual.
"They could be arriving in England two weeks into their own pre-season if that happened.
"But the game, and I mean clubs, the governing bodies and the NRL, have to provide some buy-in and make a long-term commitment about whether it wants a World Club Challenge.
"For me, we really need it. Not just because it's our turn this time, just for the good of the game. I hope we can get it on." 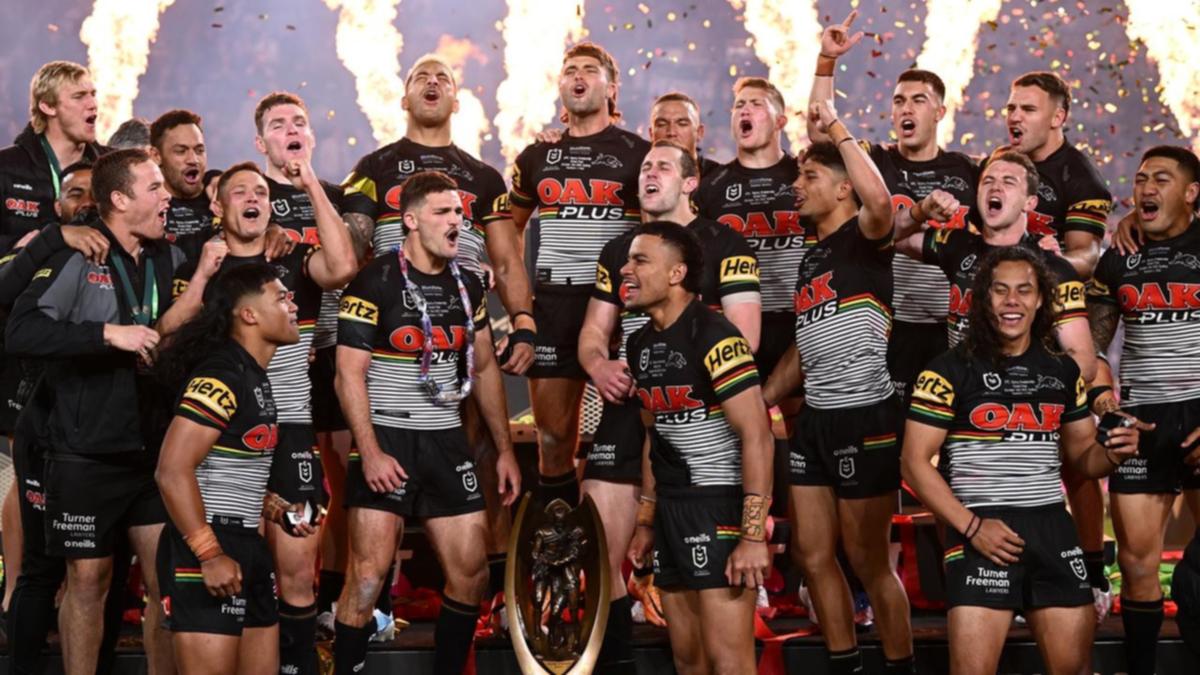 The new coach of British Super League champions St Helens says they're in discussions with Penrith Panthers over a possible World Club Challenge.

It's not sour grapes.

But the fact the Roosters went to England won the WCC then defended their premiership in 2019 is probably a hidden fact over Penrith going B2B.

Penrith didn't have to make the long haul flight to the UK in Feb which is an advantage when defending the premiership.

Which makes the Roosters achievement just as good as what Penrith have achieved.

King-Gutho94 said:
So who gets shafted with the bye round 1.
Click to expand...

Get Rid of The Donkeys said:
Penrith.
Click to expand...

Makes sense if they end up doing the WCC

Expansion rivals the Broncos and Dolphins are set to square off twice next season as the NRL looks to capitalise on the code’s newest grudge match.

Sport Confidential can reveal the Dolphins are expected to face the Broncos inside the first four rounds of the 2023 premiership when the NRL’s 17th team make their splash in the big league next season.

While the full NRL draw will not be released for another month, it is understood the Broncos and Dolphins will face each other twice, with both clashes at Suncorp Stadium to maximise the impact of the Battle of Brisbane.

With Suncorp Stadium off limits for two months due to the women’s soccer World Cup next year, both derbies are likely to be scheduled before round 17.

The Dolphins have asked the NRL for their historic round-one debut game to be against the Roosters at Suncorp Stadium, paying home to Redcliffe and Easts legend Arthur Beetson.

But within weeks of the Dolphins-Roosters opener, the new franchise will be bracing for a River City Rumble with the Broncos.

There will be no shortage of narratives, not least the head-to-head showdown between Dolphins super coach Bennett and his former protege, Broncos mentor Walters.

It’s a no brainer to have two Broncos/Dolphins games at Suncorp, not just 2023 but every year but whatever it’s called, not the River City Rumble ffs
G

How many home games are the Broncos going to end up with? 14?

Diesel said:
It’s a no brainer to have two Broncos/Dolphins games at Suncorp, not just 2023 but every year but whatever it’s called, not the River City Rumble ffs
Click to expand...

It’ll be called something like “battle of Brisbane” which is already a WW2 non-RL thing.

hopefully they can come up with something else
You must log in or register to reply here.