Behind a pay wall but I get the gist

Menaiduck said:
Behind a pay wall but I get the gist
Click to expand...

I'll go the newsagents tomorrow and take a photo of the article... (pay wall gone) 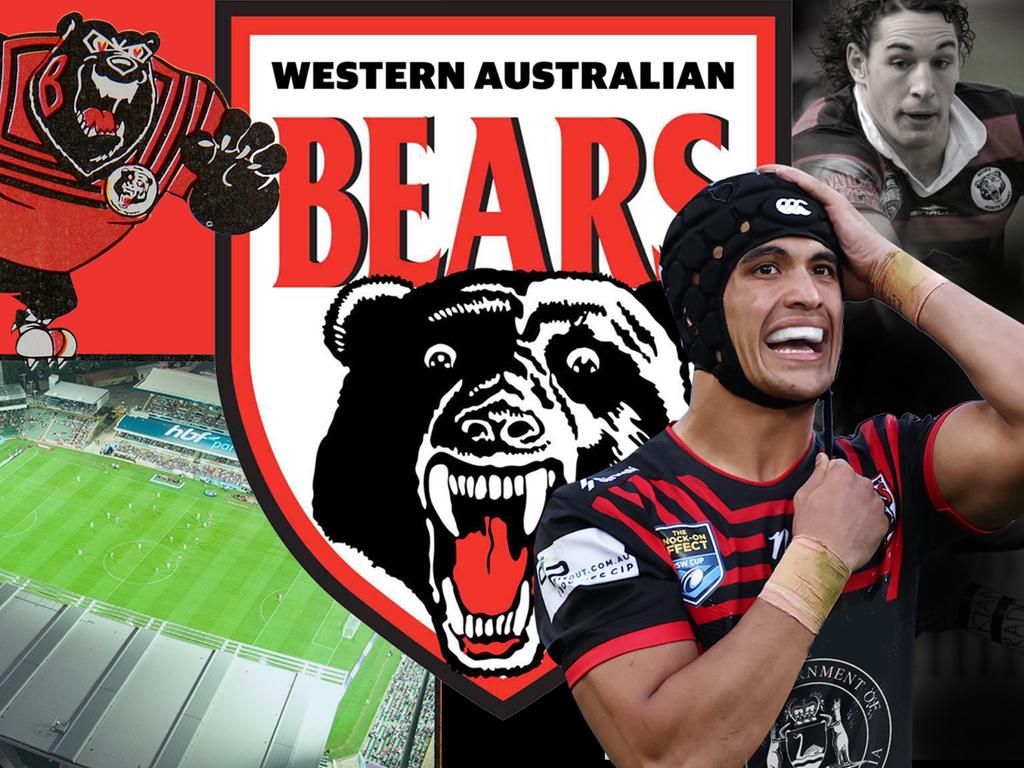 hope it works out Pirates is a stupid name, much prefer Reds though... But WA Bears will do me
M

hope it works out Pirates is a stupid name, much prefer Reds though... But WA Bears will do me
Click to expand...

hope it works out Pirates is a stupid name, much prefer Reds though... But WA Bears will do me
Click to expand...

Agreed. Just get a bloody team there. A mate of mine played 3rd grade there when the reds existed. Said the game really took off. It will again. The infrastructure is there and a competent administration. Country comps will grow there too. It’s a no brainer imho
P

They shouldn't ditch their Norths name. Should be north west Australian bears playing in Broome or Port Hedland

ayatollah_murdoch said:
They shouldn't ditch their Norths name. Should be north west Australian bears playing in Broome or Port Hedland
Click to expand...

Pretty sure Norths would be on their jersey somewhere.

Whats the gist, can you post buzzs drivel?
S

They should be just called the "Bears" no locality

siv said:
If this eventuates

They should be just called the "Bears" no locality
Click to expand...

How long before they hitch their wagon to the NZ 18th team bid?

ayatollah_murdoch said:
How long before they hitch their wagon to the NZ 18th team bid?
Click to expand...

The fact they're not jumping on the crazy PNG @ Cairns bid says everything we need to know about its possibility of getting the 18th licence.

Hopefully NZ 2 and Perth tell them to f**k off.
O

Just read it. The fact that they'll play up to 6 games a year at North Sydney Oval is a big no from me.

The Western Australia government has reached out to the North Sydney Bears in a shock move to form a joint venture to enter the NRL competition as the 18th team.

The Sunday Telegraph can reveal WA’s Minister Sport David Templeman and the chairman of Venues West Peter Bauchop are in Brisbane for Magic Round for talks with NRL powerbrokers about a possible alliance with one of rugby league’s most famous old clubs.

The chairman of the North Sydney Bears, Daniel Dickson, has confirmed the two parties had recent talks.

“They are obviously attracted to our heritage,” Dickson said.

“The path for us was always to go alone but they have reached out and we’ll listen to all options.

“We both have a desire to be in the NRL so anything is possible.

“It’s early days but they’ve been great to deal with.”

WA have reached out to the Bears in a shock move to form a joint venture and become the NRL’s 18th team.

The Perth bid is super impressive in that it has the full support of a WA government that is prepared to invest money into the bid and provide long-term financial support.

It would also open up a new market for the game with huge growth opportunities.

The NRL has added the Dolphins as the 17th team for next year but are keen to add an 18th franchise to increase broadcast revenue from the extra game each weekend.

Commission chairman Peter V’landys and CEO Andrew Abdo will no doubt have talks with WA government officials in Perth for Origin II on June 26.

WA would want the majority of home games to be played in Perth but North Sydney Oval would host up to six games each year.

HBF Park, a modern rectangular stadium, would host the matches in Perth.

The Bears and WA are competing against the likes of Wellington in New Zealand, PNG and Central Queensland in bidding for the 18th team.

Perth lost its rugby league team, the Western Reds, in 1997 after the Super League war.

The Bears haven’t had a stand-alone team since 2019. They merged with Manly in 2000 as the Northern Eagles but folded two years later.

www.dailytelegraph.com.au
You must log in or register to reply here.